Belief in Life after Death

Description: The importance of the belief in the Afterlife, as well as a glimpse of what awaits one in the grave, on the Day of Judgment, and at the Final End. 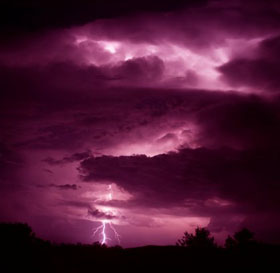 Everyone is scared of dying and rightly so.  The uncertainty of what lies beyond is frightening. It may be that of all religions, Islam, provides the most graphic details of what comes after death and lies beyond.  Islam views death to be a natural threshold to the next stage of existence.

Islamic doctrine holds that human existence continues after the death of the human body in the form of spiritual and physical resurrection.  There is a direct relation between conduct on earth and the life beyond.  The afterlife will be one of rewards and punishments which is commensurate with earthily conduct.  A Day will come when God will resurrect and gather the first and the last of His creation and judge everyone justly.  People will enter their final abode, Hell or Paradise.  Faith in life after death urges us to do right and to stay away from sin.  In this life we sometimes see the pious suffer and the impious enjoy.  All shall be judged one day and justice will be served.

Faith in life after death is one of the six fundamental beliefs required of a Muslim to complete his faith.  Rejecting it renders all other beliefs meaningless.  Think of a child who does not put his hand in fire.  He does not do so because he is sure it will burn. When it comes to doing school work, the same child may feel lazy because he does not quite understand what a sound education will do for his future.  Now, think of a man who does not believe in the Day of Judgment.  Would he consider belief in God and a life driven by his belief in God to be of any consequence?  To him, neither obedience to God is of use, nor is disobedience of any harm.  How, then, can he live a God-conscious life?  What incentive would he have to suffer the trials of life with patience and avoid overindulgence in worldly pleasures?  And if a man does not follow the way of God, then what use is his belief in God, if he has any?  The acceptance or rejection of life after death is perhaps the greatest factor in determining the course of an individual’s life.

The dead have a continued and conscious existence of a kind in the grave.  Muslims believe that, upon dieing, a person enters an intermediate phase of life between death and resurrection.  Many events take place in this new "world", such as the "trial" of the grave, where everyone will be questioned by angels about their religion, prophet, and Lord.  The grave is a garden of paradise or a pit of hell; angels of mercy visit the souls of believers and angels of punishment come for the unbelievers.

Resurrection will be preceded by the end of the world.  God will command a magnificent angel to blow the Horn.  At its first blowing, all the inhabitants of the heavens and the earth will fall unconscious, except those spared by God.  The earth will be flattened, the mountains turned into dust, the sky will crack, planets will be dispersed, and the graves overturned.

God will gather all humans, believers and the impious, jinns, demons, even wild animals.  It will be a universal gathering.  The angels will drive all human beings naked, uncircumcised, and bare-footed to the Great Plain of Gathering.  People will stand in wait for judgment and humanity will sweat in agony.  The righteous will be sheltered under the shade of God’s Magnificent Throne.

When the condition becomes unbearable, people will request the prophets and the messengers to intercede with God on their behalf to save them from distress.

The balances will be set and the deeds of men will be weighed.  Disclosure of the Records of the deeds performed in this life will follow.  The one who will receive his record in his right hand will have an easy reckoning.  He will happily return to his family.  However, the person who will receive his record in his left hand would wish he were dead as he will be thrown into the Fire.  He will be full of regrets and will wish that he were not handed his Record or he had not known it.

Then God will judge His creation.  They will be reminded and informed of their good deeds and sins.  The faithful will acknowledge their failings and be forgiven.  The disbelievers will have no good deeds to declare because an unbeliever is rewarded for them in this life.  Some scholars are of the opinion that the punishment of an unbeliever may be reduced in lieu of his good deeds, except the punishment of the great sin of disbelief.

The Siraat is a bridge that will be established over Hell extending to Paradise.  Anyone who is steadfast on God’s religion in this life will find it easy to pass it.

Paradise and Hell will be the final dwelling places for the faithful and the damned after the Last Judgment.  They are real and eternal.  The bliss of the people of Paradise shall never end and the punishment of unbelievers condemned to Hell shall never cease.  Unlike a pass-fail system in some other belief-systems, the Islamic view is more sophisticated and conveys a higher level of divine justice.  This can be seen in two ways.  First, some believers may suffer in Hell for unrepented, cardinal sins.  Second, both Paradise and Hell have levels.

Paradise is the eternal garden of physical pleasures and spiritual delights.  Suffering will be absent and bodily desires will be satisfied.  All wishes will be met.  Palaces, servants, riches, streams of wine, milk and honey, pleasant fragrances, soothing voices, pure partners for intimacy; a person will never get bored or have enough!

The greatest bliss, though, will be the vision of their Lord of which the unbelievers will be deprived.

Paradise is for those who worshipped God alone, believed and followed their prophet, and lived moral lives according to the teachings of scripture.

Hell will be the final dwelling place of those who denied God, worshipped other beings besides God, rejected the call of the prophets, and lead sinful, unrepentant lives.

Thank you for informing me about life after death now i,m really belief,there is life beyond,now i,m aware to prepared my life by obey god commandment and belief in and worship him.

May Almighty Allah save the ummah from the torment of hell fire and cause us to die as a sincere, truthful Muslims.

Belief in the Last day

Ya Allah Swt save me from Hell (Jahanamah) forgive me for all my sins and make Janat ul Fridaus my home.

it is very good

good to know the truth of life

Thank you for this reading. It was written very well and I personally found it to be quite enlightening. Thank you again.