The Prophecies of Muhammad

Description: Prophecies of the Prophet Muhammad which were fulfilled in his lifetime and after his death.  These prophecies are clear proofs of Muhammad’s prophethoodmay the mercy and blessings of God be upon him. 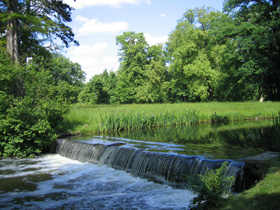 One of the ways in which a person proves his prophethood is honesty, whether it be in regards to incidents in the past, in their everyday life, or things to come in the future.  In addition to the Quran, there are many sayings of Prophet Muhammad which contain prophecies he made in his lifetime dealing with near and distant future.  Some of them have come true, others await fulfillment.  Hudhaifah, a disciple of Prophet Muhammad, tells us:

"The Prophet once delivered a speech in front of us wherein he mentioned everything [all the signs] that would happen till the Final Hour without leaving anything.  Some of us remembered it and some forgot it.  After that speech, I used to see events taking place which were referred to in that speech, but I had forgotten them before their occurrence.  Then I would recognize such events as a man recognizes another man who has been absent and then sees and recognizes him." (Saheeh Al-Bukhari)

There are at least 160 known and confirmed prophecies of Prophet Muhammad which were fulfilled in his lifetime and the first generation after him.[1]  We will mention some here.

(1)  Preceding the Battle of Badr, the first and decisive confrontation with pagan Meccans in the second year of migration from Mecca in 623 CE, Prophet Muhammad foretold the precise spot every pagan Meccan soldier would fall.  Those who witnessed the battle saw the prophecy come true with their own eyes.[2]

(2)  Prophet Muhammad prophesized the Battle of the Confederates (al-Ahzab) would be the last invasion the tribe of Quraish (the pagan Meccans) would launch against the Muslims.  It was fought in the fifth year of migration, 626 CE and was the last military conflict between the two sides.  All Meccans embraced Islam after a few years.[3]

(4)  The Prophet Muhammad prophesized Jerusalem would be conquered after his death.[5]  The prophecy was fulfilled when, according to Encyclopedia Britannica: "In 638 the Muslim Caliph, Umar I, entered Jerusalem."[6]

(5)  The Prophet Muhammad prophesized the conquest of Persia.[7]  It was conquered by Umar’s commander, Sa’ad ibn Abi Waqqas.  In the words of Encyclopedia Britannica:

"…raids into Sasanian territory were quickly taken up by Muhammad’s Caliphs, or deputies, at Medina - Abu Bakr and Umar ibn al-Khattab… an Arab victory at Al-Qadisiyyah in 636/637 was followed by the sack of the Sasanian winter capital at Ctesiphon on the Tigris.  The Battle of Nahavand in 642 completed the Sasanids’ vanquishment."[8]

(6)  The Prophet Muhammad prophesized the conquest of Egypt.[9]  In the words of Encyclopedia Britannica:

"Amr… undertook the invasion in 639 with a small army of some 4,000 men (later reinforced).  With what seems astonishing speed the Byzantine forces were routed and had withdrawn from Egypt by 642… Various explanations have been given for the speed with which the conquest was achieved."[10]

(7)  The Prophet foretold confrontation with the Turks.[11]  The first conflict took place in the caliphate of Umar in 22 AH.[12]

(8)  The Prophet foretold the first maritime battle to be undertaken by Muslims would be witnessed by Umm Haram, the first woman to participate in a naval expedition.  He also prophesied the first assault on Constantinople.[13]

The first maritime battle in Muslim history was in 28 AH in the rule of Mu’awiya.  It was witnessed by Umm Haram as foretold by Prophet Muhammad, and Yazid ibn Mu’awiya led the first attack on Constantinople in 52 AH.[14]

(9)  The prophecy that Rome, Persia, and Yemen will be conquered was made during the Battle of Confederates in 626 CE,[15]  under extreme circumstances, as is described by the Quran:

"[Remember] when they came at you from above you and from below you, and when eyes shifted [in fear], and hearts reached the throats and you assumed about God [various] assumptions.  There, the believers were tested and shaken with a severe shaking.  And [remember] when the hypocrites and those in whose hearts is disease said, ‘God and His Messenger did not promise us except delusion.’" (Quran 33:10-12)

(10) Prophet Muhammad prophesized an imposter claiming to speak in the name of God would be killed at the hands of a righteous man in Muhammad’s lifetime.[16]  Al-Aswad al-Ansi, an imposter prophet in Yemen, was killed in the Prophet’s lifetime by Fayruz al-Daylami.[17]

There are at least an additional 28 prophecies pertaining to the end times which are awaiting fulfillment.

Indeed these well-documented prophecies are clear proofs of the Prophethood of Muhammad, may the mercy and blessings of God be upon him.  There is no possible way that the Prophet could have knowledge of these incidents except if it were inspired by God Himself, all in order to further prove the authenticity of the Muhammad, that he was not an imposter, but rather a Prophet raised by God to deliver humanity from Hellfire.

[1] They are collected by Dr. Muhammad Wali-ullah al-Nadavi in his Master’s thesis entitled, ‘Nubuwwat al-Rasul,’ from al-Azhar University, Cairo, Egypt.

i think there is no need of comments to prove the prophecies of Muhammad(PBU), becouse the strongest evidence is the increasing populace of muslims around the world day by day.