Do all Muslims Represent Islam? (part 2 of 3): Islam demands justice, even under duress

Description: What does Islam say about violence and war? 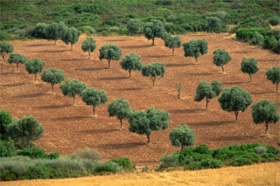 Trying to convince people that Muslims are not terrorists, or that Muslim women are not oppressed, or that not all Muslims represent Islam is becoming increasingly difficult.  A Muslim man with a bushy beard is presumed to be planning an attack – on something.  If a Muslim woman chooses to dress modestly it is taken for granted that she was forced to wear such clothing.  Although one can hardly pick up a newspaper or watch the news without hearing something about Islam or Muslims, it is usually a gross misinterpretation or misrepresentation.

Into this volatile mix comes the Muslim himself or herself, sometimes Muslims are their own worst enemies.  They often speak without knowledge or even without weighing up the effect of their words.  Sometimes Muslims react without looking at the bigger picture.  Often they react to the misconceptions without realising their behaviour sometimes affirms the incorrect notions. Not all Muslims represent Islam.

We live in interesting times, and according to an old Chinese proverb or perhaps a western spin-doctor, this is anything but a blessing.  Muslims call such a period of time, fitnah (trials and tribulations).  Life rushes ahead beckoning us into the unknown but in a strange sort of way it has all been done before.  This is not the first time in history that Muslims have suffered from the effects of lies and misrepresentations.  However, when the lies and misunderstandings are piled high the truth seekers of this world have a way of finding the gold buried in the dirt.  Islam is like that gold, it can lie quietly, and it looses none of its beauty by doing so.

By far the greatest threat to Muslims and the Muslim way of life, now, is the “war on terror” and the subsequent demonizing of Muslims.  The mainstream media focuses on the bad behaviour of Muslims who more often than not have very little understanding of their religion.  The overwhelming majority of the world’s 1.6 billion Muslims condemn acts of terror and the unlawful killing of innocent civilians; so to do the majority of Muslim scholars and leaders, yet unfortunately, the religion of Islam is almost invariably implicated in the thinking and behaviour of criminals.

The wrongdoings of Muslims are often used to justify or encourage hatred of innocent Muslims or the religion of Islam itself.  Over and over again, verses from the Quran are taken out of context and criminals are said to be following Islamic dogma, when in reality nothing could be further from the truth.  To understand Islam’s stance on violence and war one must refer to the original sources, the Quran, and the authentic traditions of Prophet Muhammad, may the mercy and blessings of God be upon him.  It is not feasible to take one verse from Quran and deduce its meaning without reading the preceding and following verses.  Fully understanding the depth and subtlety of Quran is only possible when one understands the historical context and reason for revelation, as well as in depth knowledge about the life of Prophet Muhammad.

Therefore, what exactly does Islam say about war and violence?

Islam is a religion revealed by God for the benefit of humankind and it wholeheartedly forbids harming innocent people in any way.  This includes their bodies, wealth, or honour. Islam teaches Muslims to treat everybody, no matter their religion ethnicity colour or social status, with respect and kindness.  Islam forbids oppression and safeguards rights and it commands the Muslims to live in peace and harmony and uphold justice even towards ones enemies and even in times of war.  It is never permissible to kill a person who is not hostile or who has a peace treaty.

“God does not forbid you to deal justly and kindly with those who fought not against you on account of religion nor drove you out of your homes.  Verily, God loves those who deal with equity.” (Quran 60:8)

When Prophet Muhammad sent his companions into battle he said “Go out in the name of God and do not kill any old man, infant, child or woman. Spread goodness and do good, for God loves those who do good.”[1]  “Do not kill the monks in monasteries” or “Do not kill the people who are sitting in places of worship.[2] Once after a battle the Prophet saw the corpse of a woman on the ground and said, “She was not fighting.  How then was she killed?”

This way of behaving in times of war was further emphasised by Abu Bakr, the leader of the Islamic nation after Prophet Muhammad.  He said, “I command you ten things.  Do not kill women, children, or an aged, infirm person.  Do not cut down fruit-bearing trees.  Do not destroy an inhabited place.  Do not slaughter sheep or camels except for food.  Do not burn bees and do not scatter them.  Do not steal from the booty, and do not be cowardly.”

If an enemy inflicts harm upon the Muslims, or drives them out of their homes and homelands then the Muslims are commanded by God to stand up for them, but even under duress a Muslim must behave justly.

“Fight in the cause of God those who fight you, but don't transgress limits; for God loves not the transgressor. And fight them on until there is no more oppression, and there prevail justice and faith in God; but if they cease let there be no hostility except to those who practice oppression.” (Quran 2:190-193)

“O you who believe!  stand out firmly for God, as witnesses to fair dealing, and let not the hatred of others to you make you swerve to wrong and depart from justice.  Be just: that is next to piety, and fear God.  For God is well-acquainted with all that you do.” (Quran 5:8)

The message from Quran is clear.  The taking of life, any life, unjustifiably, is a grave sin.  Both the Quran and the authentic teachings of Prophet Muhammad, may the mercy and blessings of God be upon him, are imbued with an overwhelming sense of justice and forgiveness.  The message of Islam is for all of humankind, and Islam demands mercy and wisdom in all dealings even in times of war.  When atrocities that defy belief and defy the teachings of Islam are committed, it is important to remember that not all Muslims represent Islam.