Accepting Islam (part 2 of 2): The Religion of Forgiveness 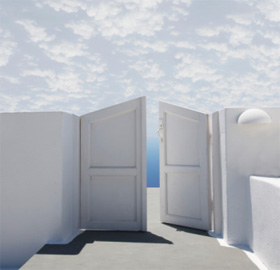 We finished part 1 of this article by suggesting that if a person truly believes there is no god but God, he or she should accept Islam immediately.  We also put forward that Islam is the religion of forgiveness.  No matter how many sins a person may have committed, he or she never becomes unforgivable.  God is the oft Forgiving, Most Merciful and Quran stresses these attributes more than 70 times.

There is however, one sin that God will not forgive and that is the sin of ascribing partners or associates to God.  A Muslim believes that God is One, without partners, offspring, or associates.  He is the only One worthy of worship.

“Say (O Muhammad), He is Allah, (the) One.  Allah-us-Samad (The Self-Sufficient Master, Whom all creatures need, He neither eats nor drinks).  He begets not, nor was He begotten; And there is none co-equal or comparable unto Him.” (Quran 112)

“Verily, God forgives not that partners should be set up with Him (in worship), but He forgives except that (anything else) to whom He wills.” (Quran 4:48)

It may seem strange to say that God is the Most Merciful, and stress that Islam is the religion of forgiveness while also saying that there is one unforgivable sin.  This is not a strange or unreliable concept when you understand that this grave sin is only unforgivable if a person dies without repenting to God.  At any time, up until a sinful person draws his last breath he or she may turn sincerely to God and ask for forgiveness, knowing that God truly is the Most Merciful Oft Forgiving.  Sincere repentance assures God’s forgiveness.

“Say to those who have disbelieved, if they cease (from disbelief), their past will be forgiven.” (Quran 8:38)

Prophet Muhammad, may the mercy and blessings of God be upon him, said:  “God will accept His slave’s repentance so long as the death rattle has not yet reached his throat.”[1]  Prophet Muhammad also said, “Islam destroys that which came before it (sins)”.[2]

As discussed in the previous article, often when a person is contemplating accepting Islam they are confused by or even ashamed of the many sins they may have committed over their lifetime.  Some people wonder how they can ever be good, moral people when in the shadows lurk their sins and crimes.

Accepting Islam and pronouncing the words known as the Shahada or testimony of faith, (I testify “La ilah illa Allah, Muhammad rasoolu Allah.”[3]), wipes a person’s slate clean.  He or she becomes like a newborn baby, completely free from sin.  It is a new beginning, where one’s past sins can no longer hold a person captive.  There is no need to be haunted by past sins.  Every new Muslim becomes unburdened and free to live a life based on the fundamental belief that God is One.

When a person is no longer held back by the fear that their past sins or lifestyle prevents them from leading a good life, the path to accepting Islam often becomes easier.  Knowing that God can forgive anyone, of anything, is certainly a comforting prospect.  Never the less, understanding the importance of not worshipping anything or anybody other than God is paramount because it is the basis of Islam.

God did not create humankind except that they should worship Him alone (Quran 51:56) and knowing how to keep that worship pure and unadulterated is imperative.  However, the details will often be learned after a person has recognised the sublime truth of the way of life that is Islam.

“And follow the best of that which is sent down to you from your Lord (i.e. this Quran, do what it orders you to do and keep away from what it forbids), before the torment comes on you suddenly while you perceive not!”  Lest a person should say: “Alas, my grief that I was undutiful to God (i.e. I have not done what God has ordered me to do), and I was indeed among those who mocked.” (Quran 39:55-56)

Once a person has accepted the truth of Islam, thus accepting that there is no god but God alone, there is time for him to learn about his religion.  There is time for him to understand the inspirational beauty and ease of Islam, and to learn about all the prophets and messengers of Islam including the last prophet, Muhammad.  If God should decree that a person’s life would end soon after accepting Islam it could be seen as a sign of the mercy of God; for a person as pure as a newborn baby would be destined for eternal paradise; by the mercy of God, and His infinite wisdom.

When a person is contemplating accepting Islam, many of the barriers that he or she perceives are nothing more than illusions and tricks from Satan.  It is clear that once a person has been chosen by God, Satan will do his upmost to lead that person astray and bombard them with small whispers and doubts.  The religion of Islam is a gift, and just like any other gift it must be accepted, and opened before the true worth of its contents can be revealed.  Islam is a way of life that makes eternal bliss in the hereafter an achievable dream.  There is no god but God, the One the Only, the First and the Last.  Knowing Him is the key to success and accepting Islam is the first step on a journey to the Hereafter.

[3] I testify that there is none worthy of worship except God Alone and I testify that Muhammad is the messenger of God.  For more information about Shahada please click here

Previous: Accepting Islam (part 1 of 2): A religion for all people, in all places