Salvation in Islam (part 1 of 3): What is Salvation? 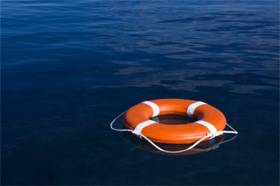 Islam teaches us that salvation is attainable through the worship of God alone.  A person must believe in God and follow His commandments.  This is the same message taught by all the Prophets including Moses and Jesus.  There is only One worthy of worship.  One God, alone without partners, sons, or daughters.  Salvation and thus eternal happiness can be achieved by sincere worship.

In addition to this Islam teaches us that human beings are born without sin and are naturally inclined to worship God alone (without any intermediaries).  To retain this state of sinlessness humankind must only follow God’s commandments and strive to live a righteous life.  If one falls into sin, all that is required is sincere repentance followed by seeking God’s forgiveness.  When a person sins he or she pushes themselves away from the mercy of God, however sincere repentance brings a person back to God.

Salvation is a powerful word that the dictionary defines as the act of preservation or deliverance from destruction, difficulty, or evil.  Theologically it is spiritual rescue from sin and its consequences.  More specifically, in Christianity it is associated with redemption and the atonement of Jesus.  Salvation in Islam is a very different concept.  While it does offer deliverance from the fires of hell, it also   rejects some of the basic principles of Christianity and states clearly that salvation is attained only through submission to the most merciful, God.

“Those who remember God (always, and in prayers) standing, sitting, and lying down on their sides, and think deeply about the creation of the heavens and the earth, (saying), "Our Lord!  You have not created (all) this without purpose, glory to You!  (Exalted are You above all that they associate with You as partners).  Give us salvation from the torment of the Fire.” (Quran 3:191)

The idea that innocent babies or children are sinful sounds completely absurd to a believer who knows that Islam is about original forgiveness not original sin.  Humankind, according to Islam is born in a state of purity, without sin and naturally inclined to worship and praise God.  However, human beings are also given freewill and are thus capable of making mistakes and committing sins; they are even capable of committing great evil.

Adam and Eve made a mistake, they repented sincerely, and God in His infinite wisdom forgave them.  Humankind is not doomed to be punished, generation after generation.  The sins of the father are not visited upon the sons.

“Then they both ate of that tree, and so their private parts appeared to them, and they began to stick on themselves the leaves from Paradise for their covering.  Thus did Adam disobey his Lord, so he went astray.  Then his Lord chose him, and turned to him with forgiveness and gave him guidance.” (Quran 20:121-122)

Above all Islam teaches us that God  is the most forgiving,  and will go on forgiving, repeatedly.  Part of being human is making mistakes.  Sometimes the mistakes are made without deliberation or a bad intention, but sometimes we knowingly and deliberately sin and do wrong to others.  Therefore as human beings, we are constantly in need of forgiveness.

The life of this world is fraught with trials and tribulations,  however God did not abandon humankind to theses tests.  God equipped humankind with an intellect and the ability to make choices and decisions.  God also gave us words of guidance.  As our creator, He is well aware of our nature and eager to guide us on the straight path that leads to eternal bliss.

The Quran is God’s final revelation and it is applicable for all of humankind; all people, all places, all times.  Throughout the Quran God continually asks us to turn to Him in repentance and ask for His forgiveness.  This is the road to salvation.  This is our rescue from destruction.

“And whoever does evil or wrongs himself but afterwards seeks God's forgiveness, he will find God Oft Forgiving, Most Merciful.” (Quran 4:110)

“And O my people!  Ask forgiveness of your Lord and then repent to Him, He will send you (from the sky) abundant rain, and add strength to your strength, so do not turn away as criminals, disbelievers in the Oneness of God.” (Quran 11:52)

“Say: ‘O My slaves who have transgressed against themselves (by committing evil deeds and sins)!  Despair not of the Mercy of God, indeed God forgives all sins.  Truly, He is Oft-Forgiving, Most Merciful.’” (Quran 39:53)

Quran is not only a book of guidance, it is a book of hope.  In it God’s love,  mercy,  and forgiveness are obvious and thus humankind is reminded not to give in to despair.  No matter what sins a person may have committed if he resolutely turns to God, seeking forgiveness his salvation is assured.

Prophet Muhammad described sin as black spots covering the heart.  He said,  “Indeed if a believer sins, a black spot covers his heart.  If he repents, stops the sin, and seeks forgiveness for it, his heart becomes clean again.  If he persists (instead of repenting), it increases until it covers his heart…”[1]

Salvation in Islam is not required because of the stain of original sin.  Salvation is required because humankind is imperfect and in need of God’s forgiveness and love.  In order to understand the concept of salvation correctly we must understand other topics embedded in salvation.  These are, understanding the importance of tawheed, or the Oneness of God, and knowing how to repent sincerely .  We will discuss these topics in the next two articles.

Next: Salvation in Islam (part 2 of 3): Worship and Obey God

Thanks for the article. It's very helpful for me. Just one note for clarity. Original Sin is not a Biblical Christian concept. Some denominations within Christianity teach original sin, but that is a misinterpretation of the Bible. For the most part the separation is between Catholics (proponents of original sin) and protestants (against original sin). Sin is a choice. One has to be old enough to make the choice to sin before they can be held accountable for its consequences. Thanks again for the very helpful article.

Indeed it is a reach and we'll packed article. I Enjoyed and it really clear my taught on the issued discussed. Thank and stay blessed