What Islam Says About Children (part 3 of 5): Welcoming the Newborn

Description: The authentic traditions of Prophet Muhammad benefit children and the community. 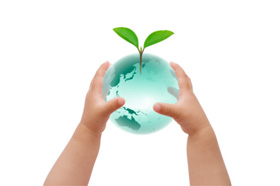 One of the most important obligations in Islam is for parents to love and nurture their children.  Children have the right to be protected, and the right to learn how to worship and obey God.  As previously discussed children’s rights come into play even before their conception and birth and God warns humankind to protect themselves and their families from the torment of the fire.

“O you who believe! Ward off yourselves and your families against a Fire (Hell) …” (Quran 66:6)

The birth of a child, male or female, is a cause for great celebration.  In Islam there is certain etiquette involved in welcoming the child into the family and community.  There are a number of  recommended rituals from the authentic traditions of Prophet Muhammad, may the mercy and blessings of God be upon him, that are to be done that ensure the newborn is received properly by the Muslim society.  However, the absence of any or all of these recommended actions does not negate any children’s rights in Islam.

It is recommended that the parents or caregivers do tahneek and pray for the newborn child.  Tahneek means putting something sweet such as dates or honey into the child’s mouth.  One of Prophet Muhammad’s companions, Abu Musa, may God be pleased with him, said, “I had a baby boy and I brought him to the Prophet.  He named him Ibrahem, did tahneek with a date and prayed for God to bless him, then he gave him back to me.”[1]

Noted Islamic scholar Imam an Nawawi said that it is recommended to do tahneek with dates for the child when he is born; if that is not possible then to use some similar kind of sweet. The date should be chewed until it becomes soft enough for the baby to suck on it with ease.

The words of the call to prayer are often recited softly into the new born baby’s right ear soon after birth.  The first thing the child hears in this world, are the words of submission to One God.  It was reported that one of Prophet Muhammad’s companions saw him say the call to prayer in the right ear of one of his newborn grandsons.[2]  The newborn child is entitled to a good name.  Names are important; a person’s name conveys meaning and becomes a symbol of that person.  It is recommended that the child be named on the seventh day after his or her birth, however Islamic scholar Ibn al Qayyim said the matter was “wide in scope” and that it was permissible to name the child after birth,  or on the seventh day or at any time before or after those days.[3]

It is usual for the father to name the child however scholars recommend that parents choose the name together.  More important is that the child should be given a good name, such as ‘Abd-Allah or ‘Abd al-Rahmaan. Prophet Muhammad, may the mercy and blessings of God be upon him, said  “The most beloved of your names to God are ‘Abd-Allaah (slave of God) and ‘Abd al-Rahmaan. (slave of the Most Merciful)”[4]  It is also recommended that the child be named after Prophets, or righteous predecessors.  Prophet Muhammad named his own son Ibrahim after Prophet Ibrahim.  He said,  “A child was born to me last night and I called him by the name of my father Ibrahim.”[5]

It is disliked  to use names that have bad or distasteful meanings, or which sound odd, or would cause others to mock a person, or cause him embarrassment.  It is also better not to use names that are associated with sinners or tyrants.  Some scholars also dislike naming children after angels or the names of chapters of Quran. Names have meanings and implied meanings and these meanings will have an effect on the child for good or for bad.  Parents must take great care when choosing an appropriate name for their newborn child.

In Islam it is recommended that parents observe the birth of a child with an offering known as the aqeeqah. When a child is born it is commonplace for the family to slaughter one or two sheep and to invite relatives and neighbours to a meal, in order to allow the community to share in the happy event.

Although an aqeeqah is not obligatory it does contain many benefits.  Ibn al-Qayyim, said that the aqeeqah is a sacrifice by means of which the child is brought close to God soon after he comes into this world, it is a sacrifice by which the newborn is ransomed just as God ransomed Ismael with the ram[6]  and it is the gathering of relatives and friends for the Waleemah (feast).

One of the rituals pertaining to newborn children and part of the rights due to children is circumcision. It is obligatory for baby boys to be circumcised.  Prophet Muhammad, may the mercy and blessings of God be upon him, said that five things are part of the inherent nature of people.  They are circumcision, shaving the pubic hair, plucking the armpit hair, cutting the nails, and trimming the moustache.[7]  These things are related to purity and essential conditions of prayer and imply complete submission to the will of God.

It is from the authentic traditions of Prophet Muhammad that the new born child’s hair be shaved and that the weight of the hair be given in gold or silver to charity[8].  It is sufficient to estimate the weight and give the equivalent  amount in currency.

Welcoming the newborn child into the family and community is more than a celebration; the rights and rituals performed serve to remind believers that children in Islam have rights.  Whether the parents are alive or deceased, present or absent, known or unknown the child is entitled to be cared for and raised in security, surrounded by God’s love and laws.  Next week we will discover and explore the rights of children as they grow into adulthood.