What Islam Says About Children (part 2 of 5): Children are Blessings not Possessions

Description: Preparing for the birth of a child. 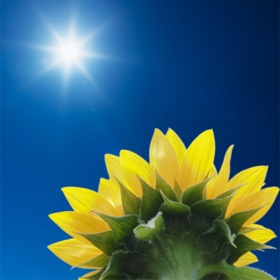 Islam is a holistic religion that covers all aspects of life.  Spiritual, emotional and physical needs are all dealt with equally, one is not more important than the other.  In fact, for a person to be spiritually healthy one’s emotional and physical needs must be taken care of.  This is not restricted to adults; the rights and the needs of children are of paramount importance.  As we discovered in the previous article children’s rights come into play even before conception.

When man and woman make the decision to marry and start a family they are securing their future children’s rights.  Prophet Muhammad, may the mercy and blessings of God be upon him, advised his companions and all believers to make the following supplication to God before having sexual intercourse.

“I begin with the Name of God!  O God! Protect me from Satan and protect what You bestow upon us (our offspring) from Satan.”[1]

Once a child is conceived it is important to remember that this is a trust from God. Although the child is most certainly a blessing, it is not a possession.  He or she has God given rights that must be fulfilled. Throughout the pregnancy, the expectant parents must take care to prepare for the new arrival.  The mother must take care of herself by eating the correct food, getting the required amount of rest, and seeking medical aid when needed.  Preparing for birth also includes remembering God and seeking His aid.

“O my Lord! Grant me from You, a good offspring. You are indeed the All-Hearer of invocation.” (Quran 3:38)

“It is He Who has created you from a single person (Adam), and (then) He has created from him his wife Eve, in order that he might enjoy the pleasure of living with her. When he had sexual relations with her, she became pregnant and she carried it about lightly. Then when it became heavy, they both invoked their Lord (saying), “If You give us a child, good in every aspect, we shall indeed be among the grateful.”  (Quran 7:189)

“Our Lord! Bestow on us from our wives and our offspring the comfort of our eyes, and make us leaders of the pious.” (Quran 25: 74)

Muslims believe all children are born submitting to God, this means they are born innately inclined to love and worship God alone.  In his traditions, Prophet Muhammad, may the mercy and blessings of God be upon him, made this very clear.  He said that no child is born except on his true nature (Islam) and that his parents may choose to give him/her a different religion other than submission to One God.[2]

When a child is born it is a cause for much happiness and celebration.  In Islam there is no preference for either a male or female child.  Quran says that both the male and the female were created from a single person (Adam) and that are equal except in terms of piety and righteousness.

“And God said, ‘Oh humankind!  Be dutiful to your Lord, Who created you from a single person (Adam) and from Him (Adam) He created his wife (Eve), and from them both He created many men and women.” (Quran 4:1)

Islam was revealed at a time when the Arabs practiced infanticide and would often bury their female babies alive. This was an ignorant practice and Prophet Muhammad stated categorically that female children are a blessing and that raising them to be righteous believers is a source of great reward.

“And when the news of (the birth of) a female (child) is brought to any of them, his face becomes dark, and he is filled with inward grief! He hides himself from the people because of the evil of that whereof he has been informed. Shall he keep her with dishonour or bury her in the earth? Certainly, evil is their decision.” (Quran 16:58 & 59)

We have also learned much about the Islamic view of children from Prophet Muhammad’s beloved wife Aisha.  Traditions narrated by her show clearly that male children should not be preferred over female children and that raising daughters is a source of great reward.

A lady along with her two daughters came to me (Aisha)  asking for some alms, but she found nothing with me except one date which I gave to her and she divided it between her two daughters, and did not eat anything herself, and then she got up and went away. Then the Prophet came in and I informed him about this story. He said, “Whoever is put to trial by having to raise daughters and he treats them generously (with benevolence) then these daughters will act as a shield for him from Hell-Fire.”[3]

“Whenever a child was born among them, Aisha would not ask if it were a boy or a girl.  Instead she would ask, ‘Is the child healthy (and without defect)?’ If she was told, ‘Yes,’ she would say, All praise is for Allah, Lord of All the Worlds.’

When the great day arrives, a new life joins the imperfect world.  He is placed into the hands of his parents and becomes entitled to even more rights.  Islam sets out very clearly that there are ways of welcoming and dealing with infants and children.  They are entitled to have their physical and emotional needs met and they are entitled to being taught how to worship, love and maintain a connection to God.

Parents, extended families, guardians and the Muslim community at large have been given a trust, a tiny life completely dependent upon its caregivers for protection and care.  For  many children the world is immersed in terror.  Hunger, pain, suffering, torture, sexual abuse, and other horrors are the realities of life.  When their small attempts to reach for comfort are rejected or their cries are silenced God is watching, and angels are recording.

In part 3 we will discuss the manners of welcoming a newborn child into the world and Islam.

[3]Narrated by Aisha from Saheeh Al-Bukhari