What Islam Says About Children (part 1 of 5): God Guarantees the Rights of Children

Description: Even before birth, children’s rights are respected. 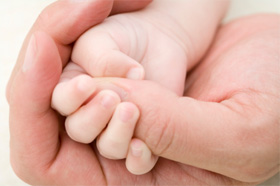 Islam is a religion revealed by God for all people, in all places, at all times.  As such, Islam is accessible to everybody and is particularly mindful of the importance of respect, rights, and responsibilities.  The words of the Quran and the authentic traditions of Prophet Muhammad, may the mercy and blessings of God be upon him, contain the rights and responsibilities granted by God to humankind.  They are not subject to the whims and desires of men or women therefore they do not change.  These unique rights mentioned in Islam also include the rights of children.  Children’s rights are not guaranteed by the actions of their parents, their communities, or even their governments.  God Himself guarantees children’s rights.

Islam establishes a legal framework, and embodies a code of ethics, designed to protect the rights of an individual including his or her right to live in a secure society.  For children, security is of the upmost importance.  The rights of a child begin even before birth; in fact they begin before conception. The Quran and the authentic traditions of Prophet Muhammad make it clear that two people should not enter into a marriage carelessly.  A great deal of thought and preparation is necessary before man and woman commit to each other and to the family that may result from their union.  Prophet Muhammad was heard to say, “A woman may be married for four reasons: her wealth, her lineage, her beauty, and her religious commitment.  Marry the one who is religiously committed.”

If a man and a woman have both dedicated their lives to worshipping and pleasing their Creator then the rights of any children they may have are automatically guaranteed.  Worshipping God means obeying His commandments and His commandments include securing the rights of the child.  By marrying rather than having an illicit relationship the couple has already begun to secure the rights of their future children.  A child has the right to know and understand his or her lineage.

Once a child is conceived, it has the right to life.  The Quran makes it very clear that all life is sacred.  It is never permissible to terminate a pregnancy because one fears being unable to financially support a child or another child.  It is God, who is the Provider and Sustainer of all life.

“...kill not your children because of poverty - We provide sustenance for you and for them”. (Quran 6:151)

When making a decision to terminate a pregnancy it is important to remember that having a child is a blessing from God and all such blessings should be accepted with joy and gratitude.  There are many people in the world today who are not able to have children, therefore when God blesses a family with one, it should be a cause for celebration and happiness.  However, children are not toys or possessions.  With them comes great responsibility.

The Quran and the authentic traditions of Prophet Muhammad, may the mercy and blessings of God be upon him, speak clearly about the responsibility that comes with raising a child.  It is an obligation upon the believers to raise and care for children by bringing them up as moral, righteous human beings.  Secure in the knowledge that they are valued members of the human race, and their particular families.  Neglecting this duty could potentially lead a person away from the path of righteousness and away from God.

“O you who believe!  Ward off yourselves and your families against a Fire (Hell) whose fuel is men and stones, over which are (appointed) angels stern (and) severe, who disobey not, (from executing) the Commands they receive from God, but do that which they are commanded” (Quran 66:6)

Caring for and raising children in the proper manner is a duty on parents and it is not always easy.  In fact, God reminds us in the Quran that children may even be a great trial for their parents.  The triumphs and tribulations of life are a test and children are no exception.  They can bring great joy and at times they can bring great sadness as well.  God in His infinite wisdom never leaves a human being alone and unable to face all of life’s trials.

“Your wealth and your children are only a trial, whereas God, with Him is a great reward (Paradise).” (Quran 64:15)

Following the teachings of Islam enables a believer to face all life events including the trials the tribulations and the triumphs.  The correct Islamic advice for raising and rearing children covers all aspects of life.  Just like Islam itself, it is holistic advice.  Physical, emotional, and spiritual wellbeing are all of equal importance.  It is interesting to note that Islam has always covered the rights of children. The Islamic view of childhood states that it is a unique period in an individual’s life.[2]  This is in sharp contrast to western/European ideology where the concept of childhood was not addressed until the 16th century.[3]  It is not that the west did not have children or young people but rather they considered them to be small adults with the same needs and wants as adults.

Throughout Islamic history and in Islamic literature the rights and responsibilities pertaining to children are clear cut.  Parents, families, and communities have certain responsibilities towards children.  Many of them are obligatory, and on the Day of Judgement, God will question adults about the treatment of their children.

The late Islamic scholar, Sheikh Uthaimeen, may God have mercy on him, described children as a trust given to parents by God.  He also said that children are to be well fed, well-groomed, properly dressed for seasons and appearance.  Children are entitled to education, religious learning, and spiritual guidance.  Their hearts must be filled with faith and their minds entertained with proper guidance, knowledge, and wisdom.  With that in mind, the following series articles will guide us through child care in Islam.

Next: What Islam Says About Children (part 2 of 5): Children are Blessings not Possessions

there is no true religion except islam.

Parents' duties: Islam has assigned certain duties to parents that they must fulfill. If they fail in those, they will be questioned about it. Besides providing the basic necessities of life, Islam requires that the parents teach their children about the Oneness of God, the Quranic commandments, values, the Prophets and their teachings, and the moral code of Islam as according to the Quran and the Sunnah (teachings) of Prophet Muhammad (pbuh).