Women’s Liberation through Islam (part 1 of 2): The Various Rights Islam Gives to Women

Description: The various civil, social, political and economic rights which have been given to women in Islam. 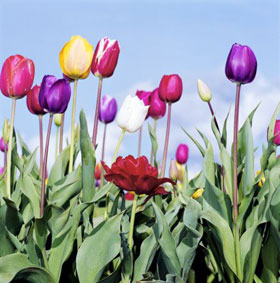 Today people think that women are liberated in the West and that the Women’s liberation movement began in the 20th century.  Actually, the women’s liberation movement was not begun by women, but was revealed by God to a man in the seventh century by the name of Muhammad, may the mercy and blessings of God be upon him, the last Prophet of God.  The Quran and the Sunnah of the Prophet are the sources from which every Muslim woman derives her rights and duties.

Islam, fourteen centuries ago, made women equally accountable to God in glorifying and worshipping Him – setting no limits on her moral progress.  Also, Islam established a woman’s equality in her humanity with men.  In the Quran, in the first verse of the chapter entitled “Women”, God says:

“O mankind!  Be careful of your duty toward your Lord who created you from a single soul and from it its mate and from them both have spread abroad a multitude of men and women.  Be careful of your duty toward God in Whom you claim (your rights) of one another, and towards the wombs (that bore you).  Lo!  God has been a Watcher over you.” (Quran 4:1)

Since men and women both came from the same essence, they are equal in their humanity.  Women cannot be by nature evil (as some religions teach) or then men would be evil also.  Similarly, neither gender can be superior because it would be a contradiction to equality.

In Islam, a woman has the basic freedoms of choice and expression based on recognition of her individual personality.  First, a non-Muslim woman can not be forced to convert for marriage, or upon the conversion of parents.  The Quran states:

“There is no compulsion in religion.  Right has been made distinct from error.” (Quran 2:256)

Women are encouraged in Islam to contribute their opinions and ideas.  There are many traditions of the Prophet which indicate that women would pose questions directly to him and offer their opinions concerning religion, economics and social matters.

A Muslim woman has full right to approve or deny a proposal of marriage, and her name is to be kept after marriage.  A Muslim woman’s testimony is valid in legal disputes.  In fact, where women are more familiar, their evidence is conclusive.

“Seeking knowledge is a mandate for every Muslim (male and female).” (At-Tirmidhi)

This includes knowledge of the Quran and the Hadeeth as well as other types of knowledge.  Men and women both have the capacity for learning and understanding.  Since it is also their obligation to promote good behavior and condemn bad behavior in all spheres of life, Muslim women must acquire the appropriate education to perform this duty in accordance with their own natural talents and interests.

While bearing, raising and teaching of children, and providing support to her husband and maintenance of a home are among the first, and very highly regarded, roles for a woman, if she has the skills to work outside the home for the good of the community, she may do, so as long as her family obligations are met.

Islam recognizes and fosters the natural differences between men and women despite their equality.  Some types of work are more suitable for men and other types for women.  This in no way diminishes either’s efforts or benefits.  God will reward both sexes equally for the value of their work, through, it may not necessarily be the same activity.

“Heaven lies under her feet.” (An-Nasai)

This implies that the success of a society can be traced to the mothers who raised it.  The first and greatest influence on a person comes from the sense of security, affection, and training received from the mother.  Therefore, a woman having children must be educated and conscientious in order to be a skillful parent.

A right given to Muslim women by God 1400 years ago is the right to voice her opinion on social issues.  On any public matter, a woman may voice her opinion and participate in politics.  Also, Islam does not forbid a woman from holding important positions in government which suit her role as a woman.  Abdurrahman Ibn Awf consulted many women before he recommended Uthman Ibn Affan to be the Caliph.

Islam is clear in its teachings that God created men and women to be different, with unique roles, functions and skills.  As in society, where there is a division of labor, so too in a family, each member has different responsibilities.  Generally, Islam upholds that women are entrusted with the nurturing role, and men, with the guardian role.  Therefore, women are given the right of financial support.

“Men are the maintainers of women because God has made some of them to excel others and because they spend of their wealth (for the support of women).” (Quran 4:34)

This guardianship and greater financial responsibility given to men requires that they provide women with not only monetary support but also physical protection and kind respectful treatment.

Muslim women have the privilege to earn money, the right to own property, to enter into legal contracts and to manage all of her assets in any way she pleases.  She can run her own business and no one has any claim on her earnings, including her husband.

“And in no wise covet those things in which God hath bestowed His gifts more freely on some of you than on others; to men is allotted what they earn, and to women, what they earn; but ask God of His bounty for God hath full knowledge of all things.” (Quran 4:32)

A woman inherits from her relatives.  The Quran states:

Description: The complimentary roles of husbands and wives in Islam.

Rights of a Wife

“And among His signs is that He created for you mates from among yourselves that you may live in tranquility with them, and He has put love and mercy between you; Verily, in that are signs for people who reflect.” (Quran 30:21)

Marriage is therefore not just a physical or emotional necessity but, in fact, a sign from God! It is a relationship of mutual rights and obligations based on divine guidance.  God created men and women with complimentary natures and, in the Quran, He laid out a system of laws to support harmonious interaction between the sexes.

Clothing provides physical protection and covers the beauty and faults of the body.  Likewise, a spouse is viewed this way.  Each protects the other and hides the faults and compliments the characteristics of the spouse.  To foster the love and security that comes with marriage, Muslim wives have various rights.  The first of the wife’s rights is to receive mahr, a gift from the husband, which is part of the marriage contract and required for the legality of the marriage.

The second right of a wife is maintenance.  Despite any wealth she may have, her husband is obligated to provide her with food, shelter and clothing.  He is not forced, however, to spend beyond his capability and his wife is not entitled to make unreasonable demands.  The Quran states:

God tells us men are guardians over women and are afforded the leadership in the family.  His responsibility for obeying God extends to guiding his family to obey God at all times.

A wife’s rights also extend beyond material needs.  She has the right to kind treatment.  The Prophet said:

God tells us He created mates and put love, mercy and tranquility between them.

Both men and women have a need for companionship and sexual needs, and marriage is designed to fulfill those needs.  For one spouse to deny this satisfaction to the other, the temptation exists to seek it elsewhere.

Duties of a Wife

With rights come responsibilities.  Therefore, wives have certain obligations to their husbands.  The Quran states:

“…The good women in the absence of their husbands guard their rights as God has enjoined upon them to be guarded….”(Quran 4:34)

A wife is to keep her husband’s secrets and protect their marital privacy.  Issues of intimacy or faults of his that would dishonor him, are not to be shared by the wife, just as he is expected to guard her honor.

A wife must also guard her husband’s property.  She must safeguard his home and possessions, to the best of her ability, from theft or damage.  She should manage the household affairs wisely so as to prevent loss or waste.  She should not allow anyone to enter the house whom her husband dislikes nor incur any expenses of which her husband disapproves.

A Muslim woman must cooperate and coordinate with her husband.  There cannot, however, be cooperation with a man who is disobedient to God.  She should not fulfill his requests if he wants her to do something unlawful.  A husband also should not take advantage of his wife, but be considerate of her needs and happiness.

The Muslim woman was given a role, duties and rights 1400 years ago that most women do not enjoy today in the West.  These are from God and are designed to keep balance in society; what may seem unjust or missing in one place is compensated for or explained in another place.  Islam is a complete way of life.