The Story of Moses (part 12 of 12): Lessons from the life of Prophet Moses

Description: Put your trust in God! 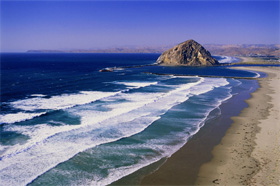 The human condition is filled with trials, tribulations, and tremendous learning curves.  Life is full of surprises.  However remembering God and striving to please Him is humankind’s lifeline.  The Quran contains inspirational stories of prophets, and righteous men and women.  The life of Moses is discussed frequently and his story teaches us that God is merciful, trustworthy, and caring. Allah, the Most Forgiving, has not left us alone; He has provided us with His guidance and light.

“Indeed, in their stories, there is a lesson for men of understanding.  It (the Quran) is not a forged statement but a confirmation of God’s existing Books (the Torah, the Gospel and other Scriptures of God) and a detailed explanation of everything, a guide, and a Mercy for the people who believe.”  (Quran 12: 111)

Throughout this series of articles, we have learned about Moses’ tremendous strength of character, and his ability to persevere even in dire circumstances.  Moses followed God’s commandments with valor and determination, and beyond this all, he possessed a character of great importance, the character of sincerity.  Moses was sincere in all his efforts.  No matter what he did, he acted with the express purpose of pleasing God.  When determination is coupled with sincerity a person’s character can become extraordinary.

During the years that the Children of Israel wandered the desert unable to enter the Promised Land, Moses met and spent time with Khidr. A man whom the majority of scholars believe to have been a prophet.

Ibn Kathir narrates that one day Moses was asked by someone, “O Messenger of God, is there another man on earth more learned than you?”  Moses replied, “No!” believing that since God had allowed him to perform miracles and had given him the Torah, he must surely be the most learned man alive.  This however was not the case.  Moses’ encounter with Khidr teaches humankind that no one person can hold all the information available and that even though we may think we are wise and knowledgeable, the need to seek knowledge never ceases.  When Moses learned of Khidr’s existence, he asked to meet him.

God instructed Moses to take a live fish in a container.  When the fish disappeared, he would find the man he sought.  Moses set out on his journey, accompanied by a young man who carried the container with the fish.  They reached a place where two rivers met and decided to rest there.  Instantly, Moses fell asleep.  While he was asleep, his companion saw the fish wriggle out of the vessel into the river and swim away.  However, he forgot to inform Moses.

When Moses awoke, they continued their journey until they were exhausted and hungry.  Moses asked for a meal.  Only then did his companion recall that the fish had gotten away.  Hearing this, Moses cried, “This is exactly what we are seeking!”  They hurriedly retraced their steps to the place where the rivers met and where the fish had jumped out.

When Moses realised that they had taken the wrong direction, he immediately turned back.  He did not push forward hoping that he could save face, or time, he acknowledged that his path was incorrect and he changed his way.  In this life, so many of us choose the wrong path but are afraid or too embarrassed to turn and face in a different direction.  There are great lessons to be taken from the actions of Prophet Moses. Once a person realizes he is heading in the wrong direction in life he must immediately turn around and get back onto the Straight Path. One should not consider this a defeat; rather, it is a victory.

When Moses returned to the correct path, he met Khidr. It was a meeting designed to bring forth knowledge.  This momentous story of the meeting of Moses and Khidr is narrated in Quran in Chapter 18, The Cave.

The story of Moses and Khidr reminds us that God is the Most Wise.  For the frail human being life can hold great joy and laughter but sometimes we are beset by trials, tragedies, and calamities that seemingly make no sense.  As believers we should believe  that whatever God’s decree is it stems from His Supreme and Absolute Wisdom.

Each parable in our glorious Quran brings us closer to Allah! I love to hear and learn more about Islam every chance I get. Truly Islam is a way of life.

reading prophets' stories always leaves you with this strong love for God and the desire to get as close to God as possible. A great written article: short and simple and focuses on the important events.

Thank you so much for the in-depth knowledge you have given me after reading all the 12 articles about Moses and Pharaoh. It has encourage me to steadfast to God's promise. Jazaakallahu khairan