Description: The inability of Arabs during the time of the Prophet, the Arabs after him, and non-Arabs to meet the challenge of the Quran: to produce anything similar to it. 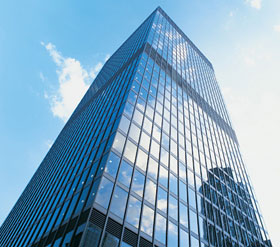 Initially, the Meccan unbelievers said Muhammad is the author of the Quran.  God responded to them:

"Or do they say, ‘He himself has composed this [message]’?  No, but they are not willing to believe!  But then, [if they deem it the work of a mere mortal,] let them produce another discourse like it - if what they say be true!  [Or do they deny the existence of God implicitly by denying the fact of His revelation?]  Have they themselves been created without anything - or were they, perchance, their own creators?" (Quran 52:33-35)

First, God challenged them to produce ten chapters like the Quran:

"Or they may say, ‘He forged it,’ Say, ‘Bring ye then ten suras forged, like unto it, and call (to your aid) whomsoever you can, other than God! - If you speak the truth!’  If then they answer not your (call), know you that this revelation is sent down with the knowledge of God, and that there is no god but He!  Will you then submit (to Islam)?" (Quran 11:13-14)

But, when they were unable to meet the challenge of ten chapters, God reduced it to a single chapter:

"And if you are in doubt about what We have sent down on Our slave, then produce a surah thereof and call upon your witnesses other than God, if you should be truthful.  But if you do not – and you will never be able to – then fear the Fire whose fuel is men and stones, prepared for the unbelievers." (Quran 2:23-24)

"Say: ‘If all mankind and all jinn[1]  would come together to produce the like of this Quran, they could not produce its like even though they were to exert all their strength in aiding one another!’" (Quran 17:88)

"Every Prophet was given ‘signs’ because of which people believed in him.  Indeed, I have been given the Divine Revelation that God has revealed to me.  So, I hope to have the most followers of all the prophets on the Day of Resurrection." (Saheeh Al-Bukhari)

The physical miracles performed by the prophets were time-specific, valid only for those who witnessed them, whereas the like of the continuing miracle of our Prophet, the Noble Quran, was not granted to any other prophet.  Its linguistic superiority, style, clarity of message, strength of argument, quality of rhetoric, and the human inability to match even its shortest chapter till the end of time grant it an exquisite uniqueness.  Those who witnessed the revelation and those who came after, all can drink from its fountain of wisdom.  That is why the Prophet of Mercy hoped he will have the most followers of all the prophets, and prophesized that he would at a time when Muslims were few, but then they began to embrace Islam in floods.  Thus, this prophecy came true.

State of the Prophet Muhammad

He was an ordinary human being.

He was illiterate.  He could neither read nor write.

He was more than forty years old when he received the first revelation.  Until then he was not known to be an orator, poet, or a man of letters; he was just a merchant.  He did not compose a single poem or deliver even one sermon before he was chosen to be a prophet.

He brought a book attributing it to God, and all Arabs of his time were in agreement it was inimitable.

The Challenge of the Quran

The Quran puts a challenge out to anyone who opposes the Prophet. The challenge is to produce a chapter (surah) similar to it, even if it were to be a cooperative effort.  A person may summon all the help he can from the physical and spiritual realms.

First, Arabs were poets.  Poetry was their supreme ornament and their most representative form of discourse.  Arabic poetry was rooted in the oral; it was a voice before it acquired an alphabet.  Poets could compose intricate poems spontaneously and commit thousands of lines to memory.  Arabs had a complex system of evaluating a poet and the poetry to meet rigid standards.  Annual competition selected the ‘idols’ of poetry, and they were engraved in gold and hung inside the Kaaba, alongside their idols of worship.  The most skilled served as judges.  Poets could ignite wars and bring truce between warring tribes.  They described women, wine, and war like no one else.

Second, the opponents of the Prophet Muhammad were strongly determined to quash his mission in any way possible.  God gave them a non-violent approach to disprove Muhammad.

Inability to Meet the Challenge and its Consequences

History is a witness that the pre-Islamic Arabs could not produce a single chapter to meet the challenge of the Quran.[2]  Instead of meeting the challenge, they chose violence and waged war against him.  They, of all people, had the ability and the motive to meet the Quranic challenge, but could not do so.  Had they done so, the Quran would have proven false, and the man who brought it would have been exposed as a false prophet.  The fact that the ancient Arabs did not and could not meet this challenge is proof of Quran’s inimitability.  Their example is of a thirsty man next to a well, the only reason he dies of thirst is if he was unable to reach the water!

Furthermore, the inability of previous Arabs to meet the challenge of the Quran implies later Arabs are less competent to meet the challenge, due to their lack the mastery of classical Arabic that the previous, ‘classical’ Arabs had.  According to linguists of the Arabic language, the Arabs before and during the time of the Prophet, in exclusion to subsequent generations, had the most complete mastery of the Arabic language, its rules, meters, and rhymes.  Later Arabs did not match the mastery of classical Arabs.[3]

What if someone were to say: ‘perhaps the challenge of the Quran was met by someone in the time of the Prophet, but the pages of history did not preserve it.’?

Since the beginning, people have reported important events to their succeeding generations, especially in that which captures attention or what people are looking out for.  The Quranic challenge was well spread and well known, and had someone met it, it would have been impossible for it not to have reached us.  If it has been lost in the annals of history, then, for the sake of argument, it is also possible that there was more than one Moses, more than one Jesus, and more than one Muhammad; perhaps many scriptures were also revealed to these imaginary prophets, and it is possible the world knows nothing about it!  Just like these suppositions are unfounded historically, it is also unreasonable to imagine that the Quranic challenge was met without it reaching us.[4]

Second, had they met the challenge, the Arabs would have discredited the Prophet.  It would have been their biggest propaganda tool against him.  Nothing like this happened, instead, they chose war.

The fact that no effort of the non-Muslim has succeeded in ‘producing a verse’ like a verse of the Quran means that either no-one has taken the Quran seriously enough to make the effort, or that they made the effort, but were not successful.  This shows the inimitability of the Quran, a unique and everlasting message.  The uniqueness of the Quran combined with the divine message it brings to mankind is a sure indication of the truth of Islam. In the face of this, every person is faced with one of the two choices.  He either openly accepts the Quran is God’s Word .  In doing so he must also accept that Muhammad was sent by God and was His Messenger.  Or else he secretly knows the Quran is true, but he chooses in his heart to refuse it.  If the seeker is honest in his seeking, he need but explore this question of its inimitability to nurture the inner certainty that he has really found the final truth in the religion it predicates.

[2] The fact is attested to by non-Muslim Orientalists.

‘That the best of Arab writers has never succeeded in producing anything equal in merit to the Quran itself is not surprising…’ (E H Palmer (Tr.), The Quran, 1900, Part I, Oxford at Clarendon Press, p. lv).

‘…and no man in fifteen hundred years has ever played on that deep-toned instrument with such power, such boldness, and such range of emotional effect as Mohammad did…As a literary monument the Quran thus stands by itself, a production unique to the Arabic literature, having neither forerunners nor successors in its own idiom…’.’ (H A R Gibb, Islam - A Historical Survey, 1980, Oxford University Press, p. 28).

‘Many Christian Arabs speak of its style with warm admiration, and most Arabists acknowledge its excellence. When it is read aloud or recited it has an almost hypnotic effect that makes the listener indifferent to its sometimes strange syntax and its sometimes, to us, repellent content. It is this quality it possesses of silencing criticism by the sweet music of its language that has given birth to the dogma of its inimitability; indeed it may be affirmed that within the literature of the Arabs, wide and fecund as it is both in poetry and in elevated prose, there is nothing to compare with it.’ (Alfred Guillaume, Islam, 1990 (Reprinted), Penguin Books, pp. 73-74)