The Story of Moses (part 8 of 12): Signs of God’s Magnificent Power

Description: Egypt suffers but Pharaoh refuses to free the children of Israel. 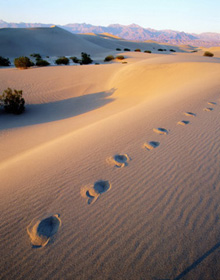 Pharaoh was angry. His kingdom of fear was built by oppressing the people and holding their hearts and minds captive. All the people of Egypt from the ministers and magicians to the lowly slaves and servants were afraid of Pharaoh’s power and anger but Moses had exposed a weak spot. Pharaoh worried that his kingdom was about to unravel, however he was surrounded by sycophants and parasites who urged him on to greater tyranny.

Pharaoh’s security and intelligence officers began to spread rumours. They said Moses and some magicians had secretly organised for Moses to win the competition.  The lifeless bodies of the slain magicians were hung in public places to further terrorise the people.  Due to their association with Moses the children of Israel, became the scapegoats. They complained to Moses that they were ill treated when he was born and now he had caused them to be oppressed once again.

Pharaoh ordered more killing, pillaging and raping. He imprisoned anyone who spoke out against this oppression, and Moses was powerless.  He could not interfere.  He counselled patience and watched silently.  The children of Israel complained to Moses, and he was put into a very difficult situation.  As he contended with Pharaoh’s plots and plans,  his people were turning against him and one of his own was working with the Egyptian powerbrokers.

Korah was a man from the children of Israel blessed with wealth and status, while all around him were poor and often destitute.  He did not acknowledge the blessings of God and treated the poor with contempt.  When Moses reminded him that it was his duty, as one who worshipped the One God, to pay poor tax, he refused and began to spread a rumour that Moses had invented the tax to make him rich.  God’s anger fell upon Korah and the earth opened up and swallowed him as if he had never existed.

“Verily, Korah was of Moses’ people, but he behaved arrogantly towards them.  And We gave him of the treasures, that of which the keys would have been a burden to a body of strong men... He said, “This has been given to me only because of knowledge I possess.” Did he not know that God had destroyed before him generations, men who were stronger than he in might and greater in the amount of riches. So he went forth before his people arrogantly and We caused the earth to swallow him and his dwelling place. (Quran 28: 76-82)

Pharaoh summoned Moses to the palace. Ibn Kathir narrates that Pharaoh wanted Moses killed and that he was supported by all his ministers and government officials, except one. This man, believed to be a relative of Pharaoh’s, was a believer in the Oneness of God, although until this moment he had kept his belief secret.

And a believing man of Pharaoh’s family, who hid his faith said, “Would you kill a man because he says, My Lord is God, and he (Moses) has come to you with clear signs (proofs) from your Lord? And if he is a liar, upon him will be (the sin of) his lie; but if he is telling the truth, then some of that calamity wherewith he threatens you will befall on you. (Quran 40:28)

The believing man spoke eloquently; he warned his people that they would suffer a day of disaster like those days that had afflicted people in the past. He reminded them that God had sent clear signs with Moses, but his words fell on deaf ears. Pharaoh and many of his ministers threatened to kill the believing man but God kept him safe, and under His protection.

So God saved him from the evils that they plotted (against him), while an evil torment encompassed Pharaoh’s people. (Quran 40: 45)

God commanded Moses to warn the Pharaoh that he and the Egyptians would suffer a severe punishment if the children of Israel were not set free. If the torture, oppression, and harassment did not stop, the signs of God’s wrath would descend upon them. Pharaoh’s response was to call all the people of Egypt including the children of Israel to a large gathering. He informed them that he was their Lord, he pointed out that Moses was no more then a lowly slave with no power, strength or might. Moses strength however came directly from God. The people however believed and obeyed Pharaoh: the signs of God’s power began to descend.

God afflicted Egypt with a severe drought. Even the lush, green, and fertile Nile valleys began to whither and die.  The crops failed and the people began to suffer but Pharaoh remained arrogant therefore God sent a huge flood to devastate the land. The people, including the chief ministers appealed to Moses.

“O Moses! Invoke your Lord for us because of His Promise to you. If you will remove the punishment from us, we indeed shall believe in you, and we shall let the children of Israel go with you.” (Quran 7:134)

The land returned to normal and the crops once again began to grow, but still the children of Israel were enslaved. God sent a plague of locusts that swallowed up everything in their path. The people rushed to Moses begging for his help. The locusts departed but still the children of Israel remained enslaved. Next came a plague of lice, spreading disease amongst the people, followed by a plague of frogs that harassed and terrified the people in their homes and beds. Each time one of God’s punishments descended the people begged Moses to implore his Lord for relief; each time they promised to free the enslaved children of Israel and each time, they failed to fulfil that promise.

And indeed, We punished the people of Pharaoh with years of drought and shortness of fruits (crops, etc.), that they might remember and take heed.

But whenever good came to them, they said, “Ours is this.” And if evil afflicted them, they ascribed it to evil omens connected with Moses and those with him. Be informed! Verily, their evil omens are with God but most of them know not.

They said Moses, “Whatever, signs, you may bring to us, and to work therewith your sorcery on us, we shall never believe in you.”

So We sent on them: the flood, the locusts, the lice, the frogs, and the blood, as a succession of signs, yet they remained arrogant, and they were of those people who were criminals, polytheists and sinners.

And when the punishment fell on them they said, “O Moses! Invoke your Lord for us because of His Promise to you. If you will remove the punishment from us, we indeed shall believe in you, and we shall let the Children of Israel go with you.”

But when We removed the punishment from them to a fixed term, which they had to reach, behold! They broke their word!

So We took retribution from them. We drowned them in the sea, because they belied Our signs, and were heedless about them. (Quran 7: 130-136)