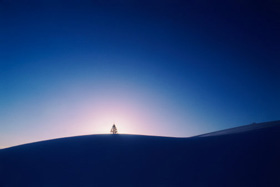 Chapter 28 of the Quran is named, ‘The Narration’, the first 45 verses focus solely on the story of Moses.  It is from here that we learn about the strength and piety of his mother, and how God rewarded her righteousness and trust in Him by returning her son.  Some scholars  believe that Moses and his mother retuned to  their home among the Children of Israel, others, including Ibn Kathir believe that Moses and his mother lived in the palace while she was breast feeding him and that as he grew up she was allowed the privilege of visiting him.

The Quran and the authentic traditions of Prophet Muhammad, may the mercy and blessings of God be upon him, are silent about this period of Moses life, although it would be fair to say that by the time Moses was a man, he probably knew about his origin and identified with the children of Israel.  The traditions of Prophet Muhammad describe Moses as a tall, well-built, dark skinned man with curly hair.  Both his character and physique are described as strong.

“And when he attained his full strength, and was perfect (in manhood), We bestowed on him Hukman (Prophethood, right judgment of the affairs) and religious knowledge (of the religion of his forefathers, Islamic Monotheism).  And thus do We reward the Muhsineen (good-doers).” (Quran 28:14)

We will discover in the story of Moses that he was a forthright man.  He believed in speaking his mind and standing up for the weaker members of society.  Whenever he witnessed oppression or cruelty, he found it impossible to stop himself from intervening.

Ibn Kathir narrates that one day while walking in the city; Moses came upon two men fighting.  One was an Israelite and the other an Egyptian.  The Israelite recognised Moses and cried out to him for help.  Moses stepped into the fight and struck the Egyptian one ferocious blow.  He immediately fell to the ground and died.  Moses was overcome with grief.  He was aware of his own strength but did not imagine that he had the power to kill someone with one blow.

“And he entered the city at a time of unawareness of its people, and he found there two men fighting, one of his party and the other of his foes.  The man of his own party asked him for help against his foe, so Moses struck him with his fist and killed him.  He said, “This is of Satan’s doing, verily, he is a plain misleading enemy.”

He said, “My Lord!  Verily, I have wronged myself, so forgive me.”  Then He forgave him.  Verily, He is the Oft-Forgiving, the Most Merciful.

He said, “My Lord!  For that with which You have favoured me, I will never more be a helper for the criminals, disobedient to God, polytheists, sinners, etc.!” (Quran 28:15-17)

Either because the streets were relatively deserted or because the people had no wish to be involved in a serious assault, the authorities had no idea that Moses was involved in the melee.  However, the next day Moses saw the same Israelite man involved in yet another fight.  He suspected that the man was a troublemaker and approached him to warn him about such behaviour.

The Israelite saw Moses striding towards him and became afraid, he called out, “Would you kill me as you killed the wretch yesterday?”  The man’s opponent, an Egyptian heard this remark and rushed away to report Moses to the authorities.  Later on that day, Moses was approached by a person unknown who informed him that the authorities were planning to arrest him and possibly put him to death for the crime of killing an Egyptian.

So he became afraid, looking about in the city (waiting as to what will be the result of his crime of killing), when behold, the man who had sought his help the day before, called for his help again.  Moses said to him, “Verily, you are a plain misleader!”  Then when he decided to seize the man who was an enemy to both of them, the man said, “O Moses!  Is it your intention to kill me as you killed a man yesterday?  Your aim is nothing but to become a tyrant in the land, and not to be one of those who do right.”

And there came a man running, from the farthest end of the city.  He said, “O Moses!  Verily, the chiefs are taking counsel together about you, to kill you, so escape.  Truly, I am to you of those who give sincere advice.”

So he escaped from there, looking about in a state of fear.  He said, “My Lord!  Save me from the people who are polytheists, and wrong-doers!” (Quran 28:15-21)

Moses immediately left the confines of the city.  He did not take the time to return to his home to change his clothes or prepare provisions.  Moses strode into the desert towards Midian, the country that lay between Syria and Egypt.  His heart was filled with fear and he was afraid that he would turn around and see the authorities pursuing him.  He walked, and walked, and when his feet and legs felt like lead, he continued walking.  His shoes wore away on the rough desert ground and the hot sand burned the soles of his feet.  Moses was exhausted, hungry, thirsty, and bleeding but he forced himself to continue, some say for more than a week, until he came to a watering hole.  Moses threw himself under the shade of a tree.

Death in the dry dusty heat of the Egyptian desert should have been the likely outcome of Moses journey. Tracking across the inhospitable landscape with no provisions and inappropriate clothing would have been an expedition doomed to failure.  Yet once again, the story of Moses reveals a fundamental truth.  If a believer submits fully to the will of God, God will provide for him from sources unimaginable.  God will replace weakness with strength, and will replace failure with victory.

Moses arrived safely at the desert oasis, the smell of water and the shade of the trees must have seemed like paradise on earth.  Moses however was not alone in his newfound paradise; the waterhole was surrounded by shepherds watering their flocks.