Did Muhammad Author the Quran?

Description: Some proofs that Muhammad could not have authored the Quran. 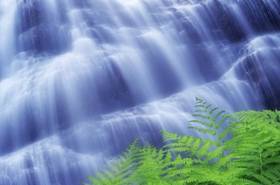 Who authored the Quran?  Someone must have produced it!  After all, how many desert men have stood up in the history of man and given the world a book like the Quran?  The book has amazing details of past nations, prophets, and religions as well as accurate scientific information unavailable at the time.  What was the source of all this?  If we were to deny the divine origin of the Quran, we are left with only a few possibilities:

- The Prophet Muhammad authored it himself.

- He took it from someone else.  In this case, he either took it from a Jew or a Christian or one of the foreigners in Arabia.  The Meccans did not bother to accuse him of having taken it from one of them.

A brief response from God is:

"And they say, ‘Legends of the former peoples which he has written down, and they are dictated to him morning and afternoon.’  Say, [O Muhammad], ‘It has been revealed by He who knows [every] secret within the heavens and the earth.  Indeed, He is ever Forgiving and Merciful.’" (Quran 25:5-6)

It was well known to his detractors that Muhammad, who was raised among them, never learned how to read or write from the time of his birth.  They knew whom he befriended and where he had traveled; they acknowledged his integrity and honesty by calling him ‘Al-Ameen,’ the Reliable, the Trustworthy, the Honest.[1]  Only in their revulsion against his preaching did they accuse him – and then it was anything they could dream up: He was accused of being a sorcerer, a poet and even an imposter!  They could not make up their minds.  God says:

"Look how they strike for you comparisons; but they have strayed, so they cannot [find] a way." (Quran 17:48)

Simply, God is aware of what is in the heavens and the earth, He knows the past and the present, and reveals the truth to His prophet.

Could Muhammad Have Authored It?

It is impossible that Muhammad could have authored the Quran due to the following reasons:

First, several occasions presented themselves where he could have fabricated revelation.  For example, after the first revelation came, people awaited to hear more, but the Prophet did not receive anything new for months.  The Meccans began making fun of him, ‘His Lord has abandoned him!’  This continued until the 93rd chapter, Ad-Doha, was revealed.  The Prophet could have compiled something and presented it as the latest revelation to end the mockery, but he did not.  Also, at one point during his prophethood, some of the hypocrites accused his beloved wife Aisha of being unchaste.  The Prophet could have easily fabricated something to free her of blame, but he waited for many excruciating days, all spent in pain, mockery, and anguish, until revelation came from God freeing her from the accusation.

Second, there is internal evidence within the Quran that Muhammad was not its author.  Several verses criticized him, and were on occasion strongly worded.  How can an imposter prophet blame himself when it may run him into the danger of losing the respect, perhaps following, of his followers?  Here are some examples:

"O Prophet!  Why do you prohibit [yourself from] what God has made lawful for you, seeking the approval of your wives?  And God is Forgiving and Merciful." (Quran 66:1)

"…while you concealed within yourself that which God is to disclose and you feared the people, while God has more right that you fear Him.." (Quran 33:37)

"It is not for the Prophet and those who have believed to ask forgiveness for the polytheists, even if they were relatives, after it has become clear to them that they are companions of Hellfire." (Quran 9:113)

If he were to hide anything, he would have hid these verses, but he recited them faithfully.

The Prophet is cautioned, perhaps warned, in the following verses:

"Indeed, We have revealed to you, [O Muhammad], the Book in truth so you may judge between the people by that which God has shown you.  And do not be an advocate for the deceitful.  And seek forgiveness of God.  Indeed, God is ever Forgiving and Merciful.  And do not argue on behalf of those who deceive themselves.  Indeed, God loves not the one who is a habitually sinful deceiver.  They conceal [their evil intentions and deeds] from the people, but they cannot conceal [them] from God, and He is with them [in His knowledge] when they spend the night in such as He does not accept of speech.  And God ever is encompassing of what they do,.  Here you are – those who argue on their behalf in [this] worldly life – but who will argue with God for them on the Day of Resurrection, or who will [then] be their representative?  And whoever does a wrong or wrongs himself but then seeks forgiveness of God will find God Forgiving and Merciful.  And whoever earns [i.e., commits] a sin only earns it against himself.  And God is ever Knowing and Wise.  But whoever earns an offense or a sin and then blames it on an innocent [person] has taken upon himself slander and manifest sin.  And if it was not for the favor of God upon you, [O Muhammad], and His mercy, a group of them would have determined to mislead you.  But they do not mislead except themselves, and they will not harm you at all.  And God has revealed to you the Book and wisdom and has taught you that which you did not know.  And ever has the favor of God upon you been great." (Quran 4:105-113)

These verses explain a situation in which a man from the Muslim inhabitants of Medina stole a piece of armor and hid it in the property of his Jewish neighbor.  When the owners of the armor caught up with him he denied any wrongdoing, and the armor was discovered with the Jewish man.  He, however, pointed to his Muslim neighbor, also denying his involvement in the crime.  The people from the Muslim’s tribe went to the Prophet to plead on his behalf, and the Prophet began to incline towards them till the above verses were revealed clearing the Jewish man of wrongdoing.  All this despite the Jew’s rejection of Muhammad’s prophethood!  The verses instructed Prophet Muhammad himself not to side with the deceitful!  The verses:

"…and do not be an advocate for the deceitful and seek forgiveness of God…and if it was not for the favor of God upon you, [O Muhammad], and His mercy, a group of them would have determined to mislead you."

If Muhammad himself authored the Quran, thus being a lying imposter, he would have made sure that there was nothing in existence which could jeopardize the gaining of followers and supporters.  The fact that the Quran, on various occasions, reprimands the Prophet in certain issues in which he had made in incorrect judgment is in itself a proof that it was not authored by him.

Thanks for the knowledge