Why Did God Create Mankind? (part 1 of 4): The Worship of God

Description: The purpose for the creation of mankind is worship.  Part 1: Human’s need for worship. 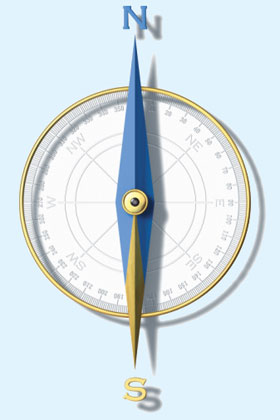 From the perspective of humankind, the question “Why did God create man?”  implies “For what purpose was man created?”  In the final revelation (the Quran), this question is answered without any ambiguity.  Humans are first informed by God that every human being is born with an innate consciousness of God.  In the Quran, God said:

“[Remember] when your Lord extracted from the loins of Adam’s children their descendants and made them testify [saying]: ‘Am I not your Lord?’  They said: ‘Yes, we testify to it.’  [This was] in case you say on the Day of Judgment: ‘We were unaware of this.’  Or you say: ‘It was our ancestors who worshipped others besides God and we are only their descendants.  Will you then destroy us for what those liars did?’” (Quran 7:172)

The Prophet, may the mercy and blessings of God be upon him, explained that when God created Adam, He took from him a covenant at a place called Na,maan on the 9th day of the 12th month.  He then extracted from Adam all of his descendants who would be born until the end of the world, generation after generation, and spread them out before Him to take a covenant from them also.  He spoke to them, face to face, making them bear witness that He was their Lord.  Consequently, every human being is responsible for belief in God, which is imprinted on each and every soul.  It is based on this inborn belief that God defined the purpose of mankind’s creation in Quran:

“I have created the jinn and humankind only for My worship.” (Quran 51:56)

Thus, the essential purpose for which humankind was created is the worship of God.  However, the Almighty is not in need of human worship.  He did not create human beings out of a need on His part.  If not a single human worshipped God, it would not diminish His glory in any way, and if all of humankind worshipped Him, it would not increase His glory in any way.  God is perfect.  He alone exists without any needs.  All created beings have needs.  Consequently, it is humankind that needs to worship God.

The Meaning of Worship

To understand why human beings need to worship God, one must first understand what is meant by the term ‘worship.’  The English term ‘worship’ comes from the Old English weorthscipe meaning ‘honor.’  Consequently, worship in the English language is defined as ‘the performance of devotional acts in honor of a deity.’  According to this meaning, man is instructed to show gratitude to God by glorifying Him.  In the Quran, God says:

In glorifying God, man chooses to be in harmony with the rest of creation which naturally glorifies its Creator.  God addresses this phenomenon in many chapters of the Quran.  For example, in the Quran, God states:

“The seven heavens and the earth and whatever is in them glorify Him and there is nothing which does not glorify His praise.  However, you do not understand their glorification.” (Quran 17:44)

However, in Arabic, the language of the final revelation, worship is called ‘ibaadah, which is closely related to the noun ‘abd, meaning ‘a slave.’  A slave is one who is expected to do whatever his master wills.  Consequently, worship, according to the final revelation, means ‘obedient submission to the will of God.’  This was the essence of the message of all the prophets sent by God to mankind.  For example, this understanding of worship was emphatically expressed by Prophet Jesus (the Messiah or Jesus Christ),

“None of those who call me ‘Lord’ will enter the kingdom of God, but only the one who does the will of my Father in heaven.”

It should be noted that ‘will’ in this quote means ‘what God wants human beings to do’ and not ‘what God permits humans to do,’ because nothing happens in creation without the will (permission) of God.  The ‘Will of God’ is contained in the divinely revealed laws which the prophets taught their followers.  Consequently, obedience to divine law is the foundation of worship.  In this sense, glorification also becomes worship when humans choose to obey God’s instructions regarding His glorification.

The Need for Worship

“Good teacher, what good thing shall I do that I may have eternal life?”  So he said to him, “Why do you call me good?  No one is good but One, that is, God.  But if you want to enter into life, keep the commandments.”

Also Prophet Jesus was reported to have insisted on strict obedience to the commandments, saying:

Divine laws represent guidance for humankind in all walks of life.  They define right and wrong for them and offer human beings a complete system governing all of their affairs.  The Creator alone knows best what is beneficial for His creation and what is not.  The divine laws command and prohibit various acts and substances to protect the human spirit, the human body and human society from harm.  In order for human beings to fulfill their potential by living righteous lives, they need to worship God through obedience to His commandments.

Next: Why Did God Create Mankind? (part 2 of 4): The Need to Remember God