The United Colors of Islam (part 1 of 3)

Description: The racial equality espoused by Islam and practical examples from history.  Part 1: Racism in the Judeo-Christian tradition. 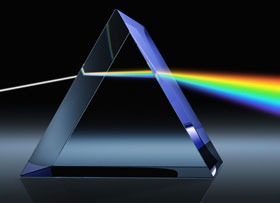 “God said: ‘What prevented you (O Satan) that you did not prostrate when I commanded you?’  Iblees (the Satan) replied: ‘I am better than him (Adam).  You created me from fire, and him You created from clay.” (Quran 7:12)

So begins the history of racism.  Satan thought himself superior to Adam on account of his origins.  Since that day, Satan has misled many of Adam’s descendants into also believing themselves superior to others, causing them to persecute and exploit their fellow man.  Quite often, religion has been used to justify racism.  Judaism, for example, despite its Middle­-Eastern origins, is readily passed off as a Western religion; but the entry of Jews into all levels of Western society actually betrays Judaism’s elitist reality.  A pious reading of the bible verse:

…would be to suggest that in those days God, or God, was not worshipped except by Israelites.  However, Judaism today remains centered around its boast of ‘chosen’ racial superiority.

“Say: ‘O Jews!  If you pretend that you are the beloved slaves of God to the exclusion of the rest of humanity, then long for death if you are really truthful.’” (Quran 62:6)

Conversely, while most Christians are overwhelmingly non­-Jew, Jesus, as the last of the Israelite Prophets, was sent to none but the Jews.[1]

“And (remember) when Jesus, son of Mary, said:    ‘O Children of Israel!  I am the Messenger of God sent unto you, confirming the Torah before me and bearing glad tidings of a Messenger after me whose name shall be Ahmad[2]...’” (Quran 61:6)

And likewise every Prophet was sent exclusively to his own people,[3]  every Prophet, that is, except Muhammad.

As Muhammad was God’s final Prophet and Messenger, his mission was a universal one, intended for not only his own nation, the Arabs, but all the peoples of the world.  The Prophet said:

“Every other Prophet was sent to his nation exclusively, while I have been sent to all of humanity.” (Saheeh Al-Bukhari)

“And We have not sent you (O Muhammad) except as a bearer of glad tidings and a Warner to all mankind, but most of people know not.” (Quran 34:28)

One of the first to accept Islam was an Abyssinian slave named Bilal.  Traditionally, black Africans were a lowly people in the sight of Arabs who thought them to be of little use beyond entertainment and slavery.  When Bilal embraced Islam, his pagan master had him brutally tortured in the scorching desert heat until Abu Bakr, the Prophet’s closest friend, rescued him by buying his freedom.

The Prophet appointed Bilal to call the believers to prayer.  The athan heard from minarets in every corner of the world since, echoes the exact same words recited by Bilal.  Thus, a onetime lowly slave won a unique honor as Islam’s first muezzin.

Western romantics hail ancient Greece as being the birthplace of democracy.[4]  The reality was that, as slaves and women, the vast majority of Athenians were denied the right to elect their rulers.  Yet, Islam ordained that a slave could himself be ruler!  The Prophet ordered:

“Obey your ruler even if he be an Abyssinian slave.” (Ahmad)

[1] The bible agrees.  Jesus is reported to have said: ‘I have not been sent except to the lost sheep of the House of Israel.’ (Matthew 15:24).  Hence, every one of his famous twelve disciples was an Israelite Jew.  The one biblical passage where Jesus tells them to: ‘Go and preach unto all nations; baptizing them in the name of the Father, Son and Holy Ghost.’ (Matthew 28:19), commonly quoted to prove the Gentile mission as well as the Trinity, is not found in any pre-16th century manuscript and thus considered ‘a pious fraud.’

[2] One of the names of Muhammad, may the mercy and blessings of God be upon him.

[4] Democracy is a Middle-Eastern invention, first seen in the civilization of Ebla in 3rd millennium BC, and then in Phoenicia and Mesopotamia during 11th century BC.  It did not appear in Athens unti15th century BC.