Description: The first revealed word of the Quran began a legacy of literacy and education for all. 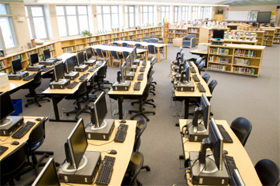 Islam is a religion that is concerned with literacy.  When the Quran was revealed the first word was  iqra – read, learn, understand.  In a cave, outside Mecca, the angel Gabriel squeezed Prophet Muhammad’s chest and demanded that he read.  Unable to read or write the Prophet replied, “I cannot read”.

“Read!  In the Name of your Lord, Who has created (all that exists).  He has created man from a clot (a piece of thick coagulated blood).  Read!  And your Lord is the Most Generous, Who has taught by the pen, He has taught man that which he knew not.” (Quran 96:1-5)

Prophet Muhammad never learned to read or write but he did understand the importance of literacy.  Although the majority of Arabs at the time were illiterate, they possessed a powerful and eloquent love of words.  Arabs were masters of the spoken word – poetry, story telling, and memorising genealogies.  Encouraging literacy was a natural progression.

Muslims believe that the words of the Quran are the literal words of God, and preserving them was always of paramount concern.  From the earliest days of Islam, the Prophet’s companions began to write down the words of the Quran.  They were written on bark, bone, animal skins, and even stones.    This ushered in a new era of literacy.

Many of the first Muslims were poor, without position or prestige in Meccan society, or were slaves.  Islam offered them a chance of equality and respect.  Prophet Muhammad wisely understood that his new nation would have a better chance of surviving, and thriving, if its followers were literate and well educated.

After the battle of Badr, the first battle against the Meccan oppressors, the fledgling Muslim army took seventy prisoners.  Prophet Muhammad knew that most of the prisoners  were literate and he offered freedom to those who taught ten Muslims to read and write.

The new Muslims began to understand the importance of implementing Quran’s guidance into their lives.  Then, just as now, literacy allowed the believers to look at the world around them and  contemplate the wonders of creation, and the magnificence of The Creator.  The believers read Quran to be come closer to God.  They seek knowledge in order to strengthen their faith.  They implement that knowledge in order to worship God, with true submission and certainty.

“And that those who have been given knowledge may know that it (this Quran) is the truth from your Lord, so that they may believe therein, and their hearts may submit to it with humility.  And verily, God is the Guide of those who believe, to the Straight Path.” (Quran 22:54)

In his traditions that were painstakingly recoded by Muslim scholars, Prophet Muhammad encouraged his followers to seek knowledge[1].  He said that if someone followed a path in pursuit of knowledge, God would make his path to Paradise easy.[2]  He also said that knowledge was one of three good deeds that continued even after death.[3]

Human beings have minds and intellect.  We also have the power of reasoning and the free will to accept or reject knowledge.  God created human beings with the tools for acquiring knowledge.  He  taught the father of humankind, Adam, the names of everything.  Adam was taught language skills, and how to apply knowledge, make plans and decisions, and achieve goals.  We, the children of Adam, have inherited these skills in order that we can exist in the world and worship God in the best manner.

The pursuit of knowledge is important in Islam.  Prophet Muhammad encouraged his followers to attend learning classes, and he sent teachers of Quran to the outlying tribes and far away cities.  He sat with his followers and taught them the principles of Islam, and he listened attentively, often with tears running down his face, to their recitation of Quran.  Prophet Muhammad said the best of his followers were those who learnt the Quran and then taught it to others.[4]

The first Muslims established schools for teaching and learning Quran and Islamic sciences.  Islam was practiced secretly for fear of  persecution,  however a school was established in the house of a man by the name of Akram.  Even now in the 21st century, across the Islamic world, students attend schools named Darul Akram (The house of Akram) in memory and recognition of the first Islamic school.

Islam holds knowledge, education, literacy, and intellectual pursuits in high regard.  Throughout Islamic history, there are countless instances of the establishment of schools and universities, and libraries and think tanks.  Muslims established theories of education, wrote curriculums, pursued literature and art, and took the concept of seeking knowledge to new heights.  In part three we will look at theories of education and the establishment of schools and centres of learning.

[1] Throughout the article, knowledge refers to beneficial knowledge.  Knowledge that allows one to know and understand God, and the wonders of creation.