Angels (part 2 of 3): God bestowed might and power upon the angels 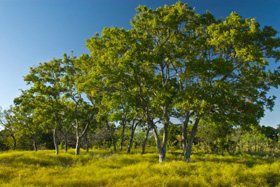 Angels are beings created by God, from light.  They carry out the duties prescribed for them without flinching or hesitating.  Muslims gain their understanding of angels from the Quran and the authentic traditions of Prophet Muhammad.  In part one we established that angels are beautiful winged creatures, which come in various sizes and by the permission of God, are able to change their form.  The angels have names and duties they are required to perform.

The name most familiar to Muslims and non-Muslims alike is Gabriel (Jibreel). The angel Gabriel is referred to in both Jewish and Christian traditions as an archangel and messenger of God, and he[1]  holds great status in all three monotheistic religions.

“Verily, this is the Word (this Quran brought by) an honourable messenger (Gabriel), from God to the Prophet Muhammad.  Owner of power, and high rank with (God, the Lord of the Throne).  Obeyed (by the angels), trustworthy there in the heavens.” (Quran 81:19-21)

Gabriel brought down the words of God – the Quran – to Prophet Muhammad.

“...Jibreel - for he brings down the (revelation) to your heart by God’s will, a confirmation of what went before, and guidance and glad tidings to those who believe”. (Quran 2:97)

Michael (Mikaeel) is the angel responsible for rain and Israfeel is the angel who will blow the trumpet on the Day of Judgement.  These three are from the greatest of the angels due to the great importance of their duties. Each of their duties deals with an aspect of life. Angel Gabriel brought the Quran from God to Prophet Muhammad, and the Quran nourishes the heart and the soul. Angel Michael is responsible for the rain, and it nourishes the earth and thus our physical bodies, Angel Israfeel is responsible for the blowing of the trumpet and it signals the beginning of life everlasting, either in Paradise or in Hell.

When Prophet Muhammad rose in the night to pray he would begin his prayer with the words, “O God, Lord of Jibreel, Mikaeel and Israfeel, Creator of heaven and earth, Knower of the unseen and the seen. You are the Judge of the matters in which Your slaves differ.  Guide me with regard to disputed matters of Truth by Your permission, for You guide whomever You will to the Straight Path.”[2]

We also know the names of several other angels.` Malik, is the angel known as the gatekeeper of Hell. “They [the people in Hell] will cry: ‘O Malik! Would that your Lord put an end to us!’. . .” (Quran 43:77) Munkar and Nakeer are the angels responsible for questioning people in their graves. We know these names and understand that we will be questioned by angels in the grave as is mentioned in  the traditions of Prophet Muhammad.

“When the deceased is buried, there come to him two blue-black angels, one of whom is called Munkar and the other Nakeer. They ask him, ‘What did you used to say about this man?’ and he says what he used to say: ‘He is the slave and Messenger of God: I bear witness that there is no god except God and that Muhammad is the slave and Messenger of God. They say, ‘We knew beforehand that you used to say this.’ Then his grave will be widened for him to a size of seventy cubits by seventy cubits and it will be illuminated for him. Then they tell him, ‘Sleep.’ He says, ‘Go back to my family and tell them.’ They tell him, ‘Sleep like a bridegroom whom no-one will wake up except his most beloved,’ until God raises him up...”[3]

In Quran we find the story of two angels named Haroot and Maroot, who were sent to Babylon to teach the people magic.  The use of magic is forbidden in Islam but these angels were sent as a test for the people.  Before revealing or teaching magic Haroot and Maroot clearly warned the inhabitants of Babylon that they were sent as a trial, and that the buyers of magic would have no share in the hereafter, i.e. they would go to hell. (Quran 2:102)

Although it is sometimes assumed that the Angel of Death is named Azraeel, there is nothing in Quran or the authentic traditions of Prophet Muhammad that indicates this.  We do not know the name of the Angel of Death but we do know his duty and that he has assistants.

Until when death approaches one of you, Our messengers (i.e. the Angel of Death and his assistants) take his soul, and they never neglect their duty. Then they are returned to God, their Master, the Just Lord.” (Quran 6:61-62)

Muslims believe that angels have special duties to perform pertaining to human beings. They guard and protect them, and two angels write down good and bad deeds. They witness prayers and one is even responsible for the foetuses in wombs.  In part three we will go into more detail and describe the associations between angels and human beings.

[1] The use of the term he is for grammatical ease and in no way indicates that the angels are male.

Assalamu alikum, May ALLAH bless all muslims and guide non-muslims towards ISLAM. This site is very much beneficial in improving knowledge about islam and ways to live, Please provide information about Salah and other things, how to perform and what to do in the site. Hope this will be done, by the grace of ALLAH. Thanks, Phi Amanillah.