Angels (part 1 of 3): Created to worship and obey God

Description: The attributes of angels. 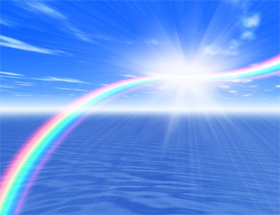 Muslims believe in the existence of angels.  In Islam there are six pillars of faith; belief in God, the One and Only, the Creator and Sustainer of all that exists, belief in His angels, His books, His messengers, the Last Day and divine predestination.

Angels are part of the unseen world, but Muslims believe in their existence with certainty because God and His messenger, Muhammad, have provided us with information about them.  The angels were created by God in order to worship and obey Him..

“They, (angels) disobey not, the Commands they receive from God, but do that which they are commanded.” (Quran 66:6)

God created angels from light.  Prophet Muhammad, may the mercy and blessings of God be upon him, said, “The angels are created from light,”[1]  We have no knowledge of when the angels were created, however, we do know that it was before the creation of humankind.  Quran explains that God told the angels of His intention to create a vicegerent on earth. (2:30)

Muslims know that angels are beautiful creations.  In Quran 53:6 God describes the  angels  as  dhoo mirrah, this is an Arabic term that renowned Islamic scholars[2]  define as,  tall and beautiful in appearance.  Quran (12:31) also describes Prophet Joseph as beautiful, like a noble angel.

Angels have wings, and can be very large.  There is nothing in either the Quran, or the traditions of Prophet Muhammad that indicate that angels are winged babies or have any form of gender.[3]   We do know however, that angels are winged and some are extremely large.  From the traditions of Prophet Muhammad we know that the angel Gabriel’s great size filled “the space between heaven and earth”[4]  and that he had six hundred wings[5].

There are also differences in the status of angels.  Those angels who were present at the first battle, the Battle of Badr, are known to be the “best” of the angels.

Muslims believe that angels have no need to eat or drink.  Their sustenance is glorifying God and repeating the words, there is no god but God. (Quran 21:20).

“. . . For in the presence of your Lord are those who celebrate His praises by night and by day. And they never flag (nor feel themselves above it).” (Quran 41:38)

The story of Prophet Abraham in Quran also indicates that the angels have no need of food.  When angels, in the form of men, visited Prophet Abraham to give him the good tidings of the birth of a son, he offered to them a calf in their honour.  They refused to eat and he became fearful, it was then that they revealed themselves as angels. (Quran 51:26-28)

There are many angels, but only God knows the exact number.  During his ascension to heaven, the Prophet Muhammad visited a House of Worship known as ‘the much-frequented house’, or, in Arabic  al Bayt al-Mamoor,  the heavenly equivalent of the Kaaba.[7]

Then I was taken up to ‘the Much-Frequented House’: every day seventy thousand angels visit it and leave, never returning to it again, another (group) coming after them.”[8]

The angels are strong.  Four angels carry the throne of God, and on the Day of Judgement their number will be increased to eight.  Among the traditions of Prophet Muhammad is a narration that describes one of the angels carrying God’s throne.  “The distance between his ear-lobes and his shoulders is equivalent to a seven-hundred-year journey.”[11]

The angel of the mountains offered to destroy the intractable people by burying them under the rubble of two nearby mountains. Prophet Muhammad declined the offer for he believed that if they had a chance to settle down and look at Islam, they would accept it band love God.[12]

Angels carry out God’s commands without flinching or hesitating.  Each angel has a duty or function.  Some angels guard and accompany human beings, others are messengers.  In part two we will examine these duties and learn the names of some of the angels who perform them.

[3] The use of the term he is for grammatical ease and in no way indicates that the angels are male.

[7] The cube shaped building, in the centre of the Holy Masjid, in the city of Mecca, Saudi Arabia.

Next: Angels (part 2 of 3): God bestowed might and power upon the angels

Assalam alaikum. I'm very grateful and thankful to work of yours. I learned something important from it. May Allah reward you abundantly.