Why Muslim Women Wear the Veil

Description: Even in the face of adversity Muslim women choose to obey God. 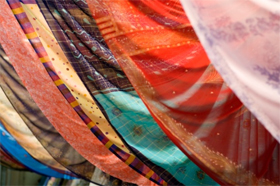 In recent years, a small piece of cloth has managed to cause quite a stir.  The scarf or hijab that Muslim women wear on their heads is making headlines around the world.  Hijab is banned in French public schools and other European countries have adopted, or are drafting similar legislation.  In Australia, a radio presenter triggered both debate and outrage when he called for the face veil (niqab) to be banned from banks and post offices.  Even predominantly Muslim countries such as Turkey and Tunisia ban the hijab in certain government buildings.  When a small piece of fabric causes such controversy and conflict, wouldn’t it be easier to remove it?  Why then, under such circumstances, do Muslim women wear scarves?

There are a myriad of reasons why, but the easy, one sentence answer is, because they believe God has made it an obligation for believing women.  In the Quran God tells the believing men and women to lower their gaze and to dress modestly.  He (God) specifically addresses women when He asks them not to show off their adornment, except that which is apparent, and draw their veils over their bodies.  (Quran 24:30-31)

These verses of Quran are known as the verses of hijab and it is the consensus of Islamic scholars that they make the wearing of hijab mandatory.  Some countries, such as Saudi Arabia and Qatar do enforce a dress code.  Women there are expected to cover their hair and wear some sort of loose fitting, full-length garment over their clothes.  However, for the majority of Muslim women around the world, to cover, or not to cover, is a freely made choice. God requires Muslim women to dress modestly and to wear the hijab in public and in the presence of men who are not close relatives.

Although the English word scarf and the Arabic term hijab have become interchangeable, it is worth noting that hijab is more than just a scarf.  It is a term that covers a variety of clothing including scarves, but also a variety of different dress styles from around the world.  Many have cultural connotations such as the Pakistani shalwar khamis or the Afghani burqa, but whenever a Muslim woman covers “her adornment”, she is said to be wearing hijab.

The literal meaning of hijab is to veil, to cover, or to screen.  Islam is known as a religion concerned with community cohesion and moral boundaries, and therefore hijab is a way of ensuring that the moral boundaries between unrelated men and women are respected.  In this sense, the term hijab encompasses more than a scarf and more then a dress code.  It is a term that denotes modest dressing and modest behaviour.  For instance, if a Muslim woman was wearing a scarf but at the same time using bad language, she would not be fulfilling the requirements of hijab.

The majority of Muslim women wear hijab, to obey God, and to be known as respectable women.  (Quran 33:59)  However, in the last 30 years hijab has emerged as a sign of Islamic consciousness.  Many women see wearing the hijab as indicative of their desire to be part of an Islamic revival, especially in countries where the practice of Islam is discouraged or even forbidden.

While those who seek to ban hijab refer to it as a symbol of gender based repression, the women who choose to don a scarf, or to wear hijab, in the broadest sense of the word, do so by making personal decisions and independent choices.  They view it as a right and not a burden.  Nor do these women regard hijab as a sign of oppression.  Women who wear hijab often describe themselves as being “set free” from society’s unrealistic fashion culture.

Hijab frees women from being thought of as sexual objects of desire or from being valued for their looks, or body shape rather then their minds and intellect.  No longer slaves to consumerism, hijab liberates women from the need to conform to unrealistic stereotypes and images dictated by the media.  Women wearing hijab have expressed that dressing modestly and covering their hair, minimises sexual harassment in the workplace. The aura of privacy created by hijab is indicative of the great value Islam places upon women.

It is true that in some families and in some cultures women are forced to wear hijab but this is not the norm.  The Quran clearly states that there is no compulsion in religion (2:256).  Women who choose to wear hijab do not make the decision lightly.  In fact many women testify that they faced great animosity from their Muslim or non-Muslim families when they decided to cover.  Across the globe there are numerous instances of women having to defend their right to wear the hijab.

Hijab can be a symbol of piety and it can be a sign of great inner strength and fortitude.  A woman wearing hijab becomes a very visible sign of Islam.  While Muslim men can blend easily into any society, Muslim woman are often put on the line, and forced to defend not only their decision to cover, but also their religion.  Nevertheless, women who wear hijab insist that the advantages far outweigh any disadvantage conjured up by media bias or general ignorance.

Yes,true indeed.Hijab is a source of pride for all Muslim women.It makes them feel honored,cherished and protected.We know that we are obeying our Lord when we wear it.But nowadays we tend to see women wearing headscarves,but fail to veil their body,that is not right as the purpose of the scarf is to protect the woman.Women should not be compelled to wear the hijab as piety comes from the heart.Also,those wearing hijab should take care to be modest in their behaviour as well.

that is a great article on why muslim women wear scarves...well for me i have a bit problem, i just converted to muslim like a month ago and i find it difficult to wear hijab or scarf....i know that in time i will end up covering...i pray every day to god to please help me with this situation because this i want to do wear one, i want to obey our lord...and by me reading this article gave me a bit strength weather to wear scarf or hijab

oh and i forgot to write. that i did wore a scarf over my head to work and surly faced animosity from some of my coworkers and it sadend me. and at the same time i faced less sexual harassment at my job.that was great for me.

I like the hijab very much. Although I am not Muslim, I recently started wearing hijab on occasion. It gives me a sense of being private, special, protected. I would like to wear it all the time in public. It reminds me that God is always watching me, that I am private, beautiful, having a lot to offer but the whole world doesn't have to see or know, only to those I choose to share with. I am refering to inner qualities, gifts of the heart. Thank you for letting me share.

I thank Allah for his bounty upon us, simply when you own jewells you prefer to protect them from others and this is Hijab,respecting women does not mean letting her body as trade to see by everyone and whenever and invest her body to market their goods as nowadays ,in addition to what the writer said, and I ask the christ. especially do not you cover your body when you pray at the church to Jesus as you beleive, does not god see you where ever you go even out the church, even in the street ? so cover your bodies in front of Him because of your beleifs only before our beleifs.

Great articule sister!! Your way of presenting it is just soft and easy to understand...May Allah Grant You Paradise, Ameen.

All this informations are so interestin and informative.I have full support with dress code of women in our ISLAM faith. A women body is not a sex material to get attracted by general public. It is between a muslim women and her huband to share with and not even her immideate relatives, thats what i learned from this topic. I am proud to be muslim*.

I decided to search about reason and purpose of cultures that have female wearing veils.The purpose was to to help me think of good and helpful ideas to write about relating to a book known as Persepollis -the story of childhood. I was curious to what meaning it may have. All i can say for the first sentence in the eight paragraph.. Is.... I KNEW IT..... i felt in some traditions, the veil was more like a protection which hides the flesh appearance.