Description: The factors which necessitate the belief in Life after Death. 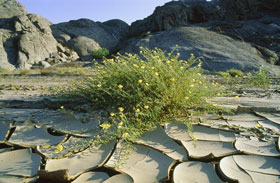 The question of whether or not there is life after death does not fall into the field of science, because science is only concerned with the classification and analysis of recorded data.  Moreover, man has been busy with scientific enquiries and research, in the modern sense of the term, only for the last few centuries, while he has been familiar with the idea of life after death since time immemorial.  All the prophets of God called their people to worship God and to believe in life after death.  They laid so much emphasis on the belief in life after death that even a slight doubt concerning the actuality of it meant denying God, and made all other beliefs meaningless.  Prophets of God have come and gone, the epochs of their advent being spread over thousands of years, yet life after death was proclaimed by them all.  The very fact that they have all dealt with this metaphysical question so confidently and uniformly goes to prove that the source of their knowledge of what to expect after death was the same: Divine revelation.

We also know that these prophets of God were greatly opposed by their people, mainly on the issue of resurrection to life once a person had died, since their people thought it to be impossible.  But in spite of that opposition, the prophets won many sincere followers.  The question of what made those followers forsake their earlier belief systems arises.  What led them to reject the established beliefs, traditions and customs of their forefathers even though they risked being totally alienated from their own community?  The simple answer is that they made use of their faculties of mind and heart, and realized the truth.  Did they realize the truth through experiencing it?  It cannot be so, as the perceptual experience of life after death is impossible.

Actually, God has given man, besides perceptual consciousness, rational, aesthetic and moral consciousness too.  It is this consciousness that guides man regarding realities that cannot be verified through sensory data.  That is why all the prophets of God, while calling people to believe in God and the life hereafter, appealed to the aesthetic, moral and rational sides of man.  For example, when the idolaters of Mecca denied even the possibility of life after death, the Quran exposed the weakness of their stand by advancing very logical and rational arguments in support of it:

“And Man has coined for Us a similitude, and has forgotten the fact of his creation, saying: ‘Who will revive these bones when they have rotted away?’  Say: ‘He will revive them who produced them at the first, for He is the Knower of every creation, Who has appointed for you fire from the green tree, and behold!  You kindle from it.  Is it not He who created the heavens and the earth, able to create the like of them?  Yes, and He is indeed the Supreme Creator, the All-Knowing.” (Quran 36:78-81)

At another occasion, the Quran very clearly says that the disbelievers have no sound basis for their denial of life after death.  It is based on pure conjecture:

“They say, ‘There is nothing but our present life; we die, and we live, and nothing but time destroys us.’  Of that they have no knowledge; they merely conjecture.  And when Our revelations are recited to them, their only argument is that they say, ‘Bring us our father, if you speak truly.’” (Quran 45:24-25)

Surely God will raise all the dead, but not at our whim or for our idle inspection in the mundane world; God has His own plan of things.  A day will come when the whole universe will be destroyed, and then again will the dead be resurrected to stand before God.  That day will be the beginning of the life that will never end, and that Day, every person will be rewarded by God according to his good and evil deeds.

The explanation that the Quran gives about the necessity of life after death is what the moral consciousness of man demands it.  Actually, if there is no life after death, the very belief in God becomes irrelevant, or, even if one believes in God, that would be an unjust and indifferent God.  He would have been a God who once created man, only to be unconcerned with his fate thereafter.  Surely, God is just.  He will punish the tyrants whose crimes are beyond count: having killed hundreds of innocent persons, created great corruption in the society, enslaved numerous persons to serve their whims, and so forth.  Man, having a very short span of life in this world, and this physical world also not being eternal, the punishments or rewards equal to the evil or noble deeds of persons are not possible here.  The Quran very emphatically states that the Day of Judgment must come and God will decide about the fate of each soul according to his or her record of deeds:

“Those who disbelieve say: The Hour will never come unto us.  Say: Nay, by my Lord, but it is coming unto you surely.  (He is) the Knower of the Unseen.  Not an atom’s weight, or less than that or greater, escapes Him in the heavens or in the earth, but it is in a clear Record.  That He may reward those who believe and do good works.  For them is pardon and a rich provision.  But those who strive against our revelations, challenging (Us), theirs will be a painful doom of wrath.” (Quran 34:3-5)

The Day of Resurrection will be the Day when God’s attributes of Justice and Mercy will be in full manifestation.  God will shower His mercy on those who suffered for His sake in their worldly life, believing that an eternal bliss was awaiting them.  But those who abused the bounties of God, caring nothing for the life to come, will be in the most miserable state.  Drawing a comparison between them the Quran says:

“Is he, then, to whom we have promised a goodly promise the fulfillment of which he will meet, like the one whom We have provided with the good things of this life, and then on the Day of Resurrection he will be of those who will be brought arraigned before God?” (Quran 28:61)