The Story of Prophet Hud 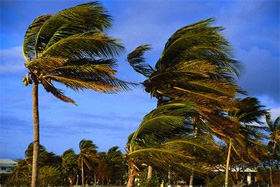 Many people may be surprised to learn that Muslims also believe in many of the Prophets found in Jewish and Christian traditions.  Noah, Abraham, Moses, and Jesus, amongst many others, all figure prominently in the pages of Quran.  Believing in all of God’s prophets and revealed Books are two of the pillars of faith in Islam therefore; Muslims accept the Torah and the (Injeel) Gospels of Jesus.  However they also believe that these books were altered, or lost over the course of time. Consequently Muslims believe only what has been confirmed in the Quran or the authentic traditions of Prophet Muhammad.

In the Old Testament reference is made to a descendant of Noah named Eber.  In some traditions, he is called Heber, and known as the father of the Hebrew language.[1]  In Islam however he is known as Hud[2] and is one of four Arabic prophets, the others being, Saleh, Shuaib and Muhammad.  Renowned Islamic scholar of the 14th century, Ibn Kathir, reports that Ibn Jarir also claims that Hud was a descendent of Noah.

Sent by God to his brethren, Hud spread the message that God is One and to worship Him alone.  It was the same message spread by all the Prophets of God.  Hud said to his people, “O my people, worship God, you have no other God but Him”.  (Quran 11:50).  Hud belonged to the ancient civilization known as Aad, and its capital city is believed to have been the fabled city of Ubar, known in Quran as Iram.  (89:6-7)

Aad is believed to have been situated in the wind swept hills between Oman and Yemen.  The people were known to build lofty towers, and thus the area became known as the land of a thousand pillars.  It was a civilization unlike any other.  God blessed Aad and its people.  He provided them with fertile land and abundant agriculture, many children, an ample supply of livestock and easy access to water resources.  The people themselves were described as tall, strong, and well built.

In many ways, Aad could be described as a society much like many of the opulent societies that exist today.  There was an excess of wealth and the proud, arrogant people were not satisfied with fulfilling their basic needs.  They began to build towers and dwellings merely to display their wealth and they accumulated worldly possessions as if they were a people destined to live forever.

The rulers and leaders of Aad were powerful tyrants, their wealth did not make them soft, as sometimes happens, but rather they grew strong and dominated the lands around them.  Satan was among them and made their deeds seem fair seeming to them.  Their arrogance and pride grew and the worship of idols became prevalent.

Prophet Hud was also a strong man but he used his strength to confront the problems that abounded in his society, however, the people were too proud to listen.  They did not want Hud to point out their mistakes but he persisted in calling them to righteousness.  He said,

“O my people!  Ask forgiveness of your Lord and then repent to Him, He will send you (from the sky) abundant rain, and add strength to your strength, so do not turn away as criminals, or  disbelievers in the Oneness of God.”

Hud tried to explain to his people that seeking God’s forgiveness for their rebelliousness and arrogance would only cause an increase in their strength and wealth.  God, he said, would reward their repentance with abundant rain and an increase in strength.  In the manner of arrogant people throughout time the people of Aad looked at Hud with disdain, they then looked around and found that they were the most powerful nation in existence.

The wealthy arrogant people of Aad argued with Hud about the nature of the Day of Judgment.  They believed that after death the body turned to dust and was swept away by the wind.  The people of Aad, much like many people today, believed that the purpose of life was to accumulate wealth, prestige, and possessions.  When Hud made them confront the reality of their lives and pointed out that they were far away from the One God, their arrogant chests swelled with pride and they accused him of being crazy.  They wondered why a man who ate and drank, just like them could have such a different view of life.  With their eyes firmly fixed on wealth and luxury the people of Aad convinced themselves that following Hud would mean that they to were crazy.

Eventually the people of Aad looked at Hud and said, “We understand why you are crazy, our god’s (idols) have harmed you because you insulted them”.  (Quran 11:53)  Hud turned to God and renounced his people.  He knew that God’s punishment would be swift and severe.  A drought spread throughout the once fertile and abundant land.  The people looked to the sky hoping to see signs of rain.  The punishment was obvious but still the people of Aad mocked and ridiculed Hud.

One fateful day the weather changed.  The burning heat changed to biting cold and the wind began to howl.  The savage wind increased with each new day and the people began to seek shelter.  The windstorm raged for more than a week.  It ripped apart tents and dwellings, it whipped away clothing and tore the skin from the body.

They were destroyed by a furious violent wind which God imposed on them for seven nights and eight days in succession, so that you could see men lying overthrown (destroyed) as if they were hollow trunks of date palms! (Quran 69:6-7)

Ibn Kathir tells us that the violent gale did not stop until the entire region, once lush and green was reduced to ruins and swallowed by the sands of the desert.  Only Hud and his small band of followers were saved and are believed to have migrated to the Hadramaut area of what is today known as Yemen.

Ubar, was said to be a remote desert oasis and a major trading centre inhabited by powerful and wealthy people.  Legend said it was lost in a major sand storm that buried the entire area.  In 1992, the fabled lost city was discovered using remote sensing data.  Satellite imagery exposed a large area of sand dunes, under which lie a major wadi or dry streambed.  Ubar is currently under excavation and evidence has revealed an octagonal fortified city with 30-foot towers and thick walls.

[2] Based on the Stories of the Prophets by Ibn Kathir.

thank you very much.

Very informative and excellent information. Thanks.