Government Influence and the Judiciary (part 1 of 2)

Description: How Islam forbids government officials from interfering in decisions of the court.

The Independence of the Judiciary 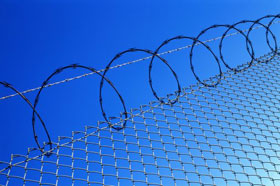 Islamic Law, through the sacred texts and through its basic principles, prohibits the governing officials from interfering with or influencing the decisions of the court in any way.  Islamic Law, in its general principles and individual statutes, seeks to realize its primary objective of establishing justice on the foundation of monotheism.  Monotheism is not just lip service.  It is realized through actions that verify the profession of faith.  These actions must entail carrying out the commandments of God and preventing what God has prohibited.  This is a collective responsibility of Muslim society.  This requires that God’s commands and prohibitions be applied as the standards of truth and justice.  Whatever God has commanded is truth and justice and whatever He has forbidden is falsehood and oppression.  Consequently, prohibiting what God has forbidden is truth and justice.

There are numerous verses in the Quran that command justice and forbid oppression.  God says:

“Verily, God enjoins justice, doing good, and spending on one’s relatives, and forbids licentious deeds, wrongdoing, and transgression.  He admonishes you, so perhaps you might take heed.” (Quran 16:90)

“…And let not the hatred of others dissuade you from justice.  Be just, that is nearer to piety; and fear God.  Verily, God is well acquainted with what you do.” (Quran 5:8)

“…And if you judge (O Muhammad), judge between them with justice.  Verily, God loves those who act justly.” (Quran 5:42)

“…And whoever does not judge by what God has revealed, they are the disbelievers.” (Quran 5:44)

In the hadîth, God’s Messenger relates:

“God says: ‘O My slaves, I have prohibited oppression upon myself and made it prohibited between you, so do not oppress one another.” (Saheeh Muslim)

These are but a few of the sacred texts that show the obligatory nature of judging with justice and with what God has revealed.  This is a general command, equally applicable to the one who governs and the one who is governed.  The political power in Islam is bound by God’s Law.  There is no obedience due to the government if it requires disobedience to God’s Law.  This is the way our pious predecessors acted upon Islamic Law.  The political leaders are merely appointed to the affairs of state.  The true ruler is God.  The Caliph or leader is but one of the Muslims, equal with the others.  The Muslims are the ones who select him and place him in authority.  They can monitor his activities.  He must consult with them.  If he violates Islamic Law and acts against the welfare of the people, they can have him removed from office.

In the past, the political leaders of the Muslim state understood that justice – by which the heavens and the Earth are kept right – is the basis for governing in Islam.

Amr b. al-As said: “There is no political leadership without men.  There are no men available without wealth.  There can be no wealth without a prosperous civilization.  Civilization cannot prosper without justice.”

The Caliph[1]  Umar b. Abdulaziz wrote to one of his functionaries who sought permission to fortify his city: “Its fortification is achieved through justice and through removing oppression from its streets.”

Saeed b. Suwayd said in one of his addresses in the city of Homs: “O people, Islam has an impenetrable wall with a secure gate.  Its wall is the truth and its gate is justice.  Islam will remain inviolable as long as the political authority is stern.  This sternness is not by whip or sword, but by judging with truth and applying justice.”

[1] Caliph: From the Arabic word Khaleefah, or Successor. A term used to denote the political leader of the Muslim nation.

Next: Government Influence and the Judiciary (part 2 of 2)