Who is Prophet Muhammad? 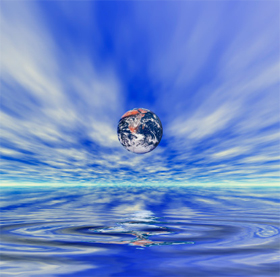 Prophet Muhammad, may the mercy and blessings of God be upon him, is the man beloved by more than 1.2 billion Muslims.  He is the man who taught us patience in the face of adversity, and taught us to live in this world but seek eternal life in the hereafter.  It was to Prophet Muhammad that God revealed the Quran.  Along with this Book of guidance God sent Prophet Muhammad, whose behavior and high moral standards are an example to us all.  Prophet Muhammad’s life was the Quran.  He understood it, he loved it and he lived his life based on its standards.  He taught us to recite the Quran, to live by its principles and to love it.  When Muslims declare their faith in One God, they also declare their belief that Muhammad is the slave and final messenger of God.

When a Muslim hears Muhammad’s name mentioned they ask God to send blessings upon him.  Prophet Muhammad was a man, a human being just like any other man, but it is his love for humanity that sets him apart.  Muslims love Prophet Muhammad, but it is his love for us, that makes him a man like no other.  He longed for Paradise not only for himself but also for all of us.  He wept tears not for himself but for his Ummah[1], and for humanity.  He was often heard to cry "O God, my Ummah, my Ummah".

Muslims also believe in the same Prophets mentioned in Jewish and Christian traditions, including Noah, Moses, Abraham and Jesus, and they believe that all prophets came with the same message – to worship God alone, without partners, sons or daughters.  There is a difference, however, between all other prophets and Prophet Muhammad.  Before Muhammad, prophets were sent to particular people in particular places and periods.  Muhammad however, is the final Prophet and his message is for all of humankind.

God tells us in the Quran that He did not send Prophet Muhammad except as a mercy for humankind.  "And we have sent you O Muhammad, not but as a mercy for humankind and all that exists."  (Quran 21:107)  God did not say Muhammad  was sent to the people of Arabia, or to men, or to the people of the 7th century.  He made it clear that Prophet Muhammad was a prophet like no other, one whose message would spread far and wide and be applicable in all places for all times.  Muslims love him, respect him and follow him.  They hold him in such regard that for many it is emotionally painful to see or hear their beloved mentor ridiculed or disrespected.

Throughout history and around the world non-Muslims have shown great respect and honour to Prophet Muhammad and he is considered influential in both religious and secular matters.  Mahatma Ghandi described him as scrupulous about pledges, intense in his devotion to his friends and followers, intrepid, fearless, and with absolute trust in God and in his own mission.  Prophet Muhammad taught Islam as a way of life, founded an empire, laid down a moral code and instituted a code of law focusing on respect, tolerance and justice.

What is it about Prophet Muhammad that inspires such devotion?  Is it his gentle and loving nature, his kindness and generosity or is it his ability to empathise with all of humanity?  Muhammad was a selfless man who devoted the last 23 years of his life to teaching his companions and followers how to worship God and how to respect humanity.  Prophet Muhammad was acutely aware of just how much responsibility had been thrust upon him by God.  He was careful to teach the message just as God had prescribed and warned his followers not to adulate him the way Jesus, son of Mary was praised.[2]

Muslims do not worship Prophet Muhammad; they understand that he is only a man.  However, he is a man worthy of our utmost respect and love.  Prophet Muhammad loved humanity so much that he would weep out of fear for them.  He loved his Ummah with such deep and profound devotion that God remarked on the depth of his love for us in Quran.

"Verily, there has come unto you a Messenger (Muhammad) from amongst yourselves.  It grieves him that you should receive any injury or difficulty.  He (Muhammad) is anxious over you (to be rightly guided, to repent to God, and beg Him to pardon and forgive your sins, in order that you may enter Paradise and be saved from the punishment of the Hell-fire), for the believers he is full of pity, kind, and merciful." (Quran 9:128)

Who is Prophet Muhammad?  Quite simply he is the man who will stand before God on the day of Requital and beg God to have mercy on us.  He will intercede for us. Muslims love him because he is the slave and messenger of God, he is a mercy to humankind and his gentleness, and devotion to humanity is unprecedented.

[1] The translation of the Arabic word Ummah is nation.  However, it means more than a country with borders, it is a fellowship of men women and children united in their love for One God and their admiration for Muhammad, the Prophet of God.

As salamu alaykum, this is a good article protraying the love of the beloved messenger of ALLAH.

Masha allah may allah blessings all of us

Masha'allahu of course our Noble prophet saw is the door of Allah, the mirror of all the universe, No one like him on the earth. Sallallahu alaihi wassallam

fisrt of all i would like to thank you for providing such a buetiful information about our Heart Muhammad Peace be upon him . i love Muhammad Peace be upon him very much more then my llife . may Allah bless you my borther . please tell to the none musllims that please one time read the holly Quran and they will surly feel very good and their minds will be free of tention . thanks

S.A.W, the most eminent of all human kind. How I wish we never die while come to live,I would have met you Rossulullah... the lenient of mankind.