Human Rights in Islam (part 3 of 3): Slavery and Torture 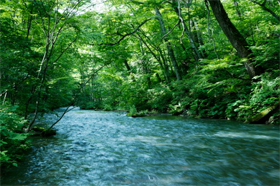 The Universal Declaration of Human Rights deals with many issues.  It attempts to ensure humankind treat each other with respect and dignity.  Islam is a religion that holds respect, dignity and tolerance in very high esteem and the rights and responsibilities inherent in Islam are a declaration of human rights.

One of the most important principles in Islam is that God created humankind to be fully accountable for his actions.  Each human being has certain rights and responsibilities and no human being has the right to restrict the freedom of another.  Anyone who dares to take away the God given rights inherent in Islam, including the right to human dignity, is called a wrongdoer or an oppressor.  God calls on those who obey Him to stand up for the rights of the oppressed.

In article four of the Universal Declaration of Human Rights it states that no one shall be held in slavery or servitude; slavery and the slave trade shall be prohibited in all their forms.  More than 1400 years ago Islam also tackled the issue of slavery.

In the 7th century CE, slavery was entrenched in Arabian society, just as it was in other societies and systems of law.  Slaves were acquired easily via, warfare, debt, kidnapping and poverty; thus, prohibiting slavery outright would have been as useless as trying to outlaw poverty itself.  Therefore,  Islam placed restrictions and regulations on slavery designed to bring about its eventual abolishment.

There are no texts in the Quran,  or in the traditions of Prophet Muhammad, may the mercy and blessings of God be upon him, that enjoin the taking of slaves but there are countless texts calling for their freedom, including Muhammad’s simple yet deeply profound words, “Visit the ill, feed the hungry and release the slaves”. [1]  Islamic law recognized slavery as an institution but restricted the sources of acquisition to one method only, captured prisoners of war and their families.  Muslim leaders were encouraged to free prisoners of war or exchange them for ransom.

The principle of dealing with slaves in early Islam was a combination of justice, kindness, and compassion.  Muslims pay a small portion of their yearly, accumulated income in compulsory charity and one of the lawful ways this money may be used is to free slaves.  Freeing slaves is also the expiation for many sins, including breaking vows and accidental killings.

Over the past 200 years, Western culture has slowly abolished slavery but the trade of human beings has not abated.  National Geographic estimates worldwide that there are 27 million men, women, and children who are currently enslaved.  Although man made declarations and treaties have denounced slavery, ironically, on the open market,  a slave is worth less today then he was 200 years ago.

Modern day “slaves” who are physically confined or restrained, or forced to work, or controlled through violence have no legal way to purchase their own freedom  nor is there any legal body to oversee their treatment.  Slavery exists under the radar and is usually associated with drugs, prostitution, and other illegal activities.

The restrictions imposed by Islam gave slaves rights and protection from ill treatment. The act of freeing a slave is a very virtuous act that will bless a person in this life and in the next. Islam has the inherent ability to recognise and regulate the undesirable characteristics of human nature.

Slavery and servitude will not be successfully abolished until humankind recognizes that God’s laws are the true embodiment of human rights.  The same can be said of torture, and cruel and inhuman punishments.  These detestable actions will not cease to exist until humankind as a whole realizes that there is a God and the worship of Him goes beyond coveting the life of this world.  Torture exists today even though treaties and declarations including article five of the Universal Declaration of Human rights, call for the abandonment of such ill treatment.

Cruelty, including excessive punishment is forbidden in Islam.  Each member of the human race is treated with due respect and dignity, regardless of race, colour creed, or nationality.  Prophet Muhammad expressly prohibited cruel and unusual punishments even in times of war.  He made it clear that no one should be burned alive or tortured with fire, and that wounded soldiers should not be attacked and prisoners of war should not be killed.  He said to his followers, “you are neither hard hearted nor fierce of character”,[2] and he warned his people of being unjust, “for injustice shall be darkness on the Day of Requital.” [3]

Even prisoners of war in early Islamic history spoke highly of their captors.  Blessings be on the men of Medina', said one of these prisoners in later days, 'they made us ride while they themselves walked; they gave us wheaten bread to eat when there was little of it, contenting themselves with dates."  [4]  The second Caliph of Islam, Omar Ibn Al Khattab said, “A person would not be held responsible for his confession, if you inflicted pain upon him or scared him or imprisoned him [to obtain the confession].”[5]

The Cairo Declaration of Human Rights in Islam states in article 20 that “No one is to be arrested or his freedom restricted, exiled, or punished without adequate legal action. Individuals must not be subjected to physical or psychological torment or any other humiliating treatment.”

The enforcement of human rights in Islam is linked inextricably to the implementation of Islamic law.  Islam promises that those who follow God’s rules and regulations will be rewarded with His guarantee of eternal Paradise.  However choosing to restrict or take away rights given to humankind by God is a punishable offence.  “On the Day of Requital, rights will be given to those to whom they are due (and wrongs will be redressed)...”[6]

[5] Reported by Abu Yusuf in the book Al Kharaj

Assalaam u alaikum warahmatuLLAHI wabarakatuH, MAy Allah reward you for your efforts, Ameen. A lot more can be added to this topic. I encourage you to extend this topic of slavery and elaborate on the several wonderful Ahadith and Qur'anic verses which ask us to act kindly and speak kindly to our servants and slaves, the Hadith which says "Your servants and slaves are your brethren. Treat them kindly. Do not burden them beyond their capacity.And if you must make them work hard, then share the work with them". And those Hadith which encourage us to educate and marry slaves. And the very significant emancipation contract mentioned in the Qur'an, the rights of a slave over his master in a Shariah court. The Prophet has said "if anyone starves his slave of death, he himself shall be starved to death." Moreover, Muslims have even been ruled by sons of slaves. Remember the Mamluks? And, slavery in Islam was never a racial issue.