The Malice of Lying

Description: The phenomenon of lying which has regretfully become a “fabric of social life.” 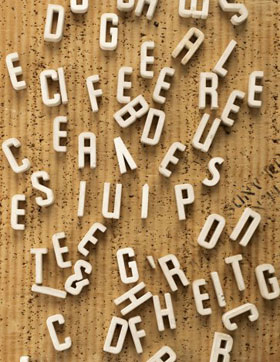 Lying is a common part of human relationships.  People lie for a variety of reasons.  They may lie as part of self-presentation, in order to present a more favorable image to others.  People may also lie in order to minimize conflict, because lying may make disagreements less obvious.  Although lying may serve useful functions in these respects, it can also be damaging to relationships.  An exposed lie undermines trust and sows suspicion, because a person who has been lied to is likely to mistrust the person who lied in the future.[1]  Some people even lie due to habit at first impulse.  ‘Everyday lies are really part of the fabric of social life,’ says Bella DePaulo, a psychologist and lying expert at the University of Virginia.  Her research shows both men and women lie in approximately a fifth of their social exchanges lasting 10 or more minutes; over the course of a week they deceive about 30 percent of those with whom they interact one-on-one.  Furthermore, some types of relationships, such as those between parents and teens, are virtual magnets for deception.  Lying is considered integral to many occupations: we see lawyers constructing far-fetched theories on behalf of their clients or reporters misrepresenting themselves in order to gain access to good stories.[2]

Lying is a despicable vice, rampant in our societies.  Deceiving others with the canny use of words is seen as clever.  Public figures lie.  Governments lie.  One of the distinctions of our age is that lying no longer carries the stigma it once did.  Today lying has become institutionalized.  It is the way many of us live now, right from the top, because we figured out that if we are persuasive enough, lying works.  Countries are invaded and wars are started based on lies.  "We" never lie, we just bend the truth a little, put a spin, having no intention to mislead, but the "others" are liars.  Ours is a society that has perfected the "art" of lying.  Gone are the days when a lie destroyed the liar’s dignity and deprived him of our trust.

Islam views lying as a serious vice.  God says in the Quran:

The Prophet, may the mercy and blessings of God be upon him, stressed the importance of always being truthful and the seriousness of habitual lying, "Truthfulness leads to piety and piety leads to the Paradise.  A man should be truthful until he is written down as truthful with God.  Lying leads to deviance and deviance leads to the Fire.  A man will lie until he is written down as a liar with God."[3]  Truth is to state what corresponds with reality, how things are, and is the opposite of lying.  The malice of lying is tied to hypocrisy as described by the Prophet Muhammad, "If anyone has four characteristics, he is a pure hypocrite, and if anyone has one of them, he has an aspect of hypocrisy until he gives it up: whenever he is trusted, he betrays his trust; whenever he speaks, he lies; when he makes an agreement, he breaks it; and when he quarrels, he deviates from the truth by speaking falsely."[4]  The Prophet’s teaching is that we try our best to free ourselves of hypocrisy by keeping our trusts, telling the truth, keeping our promises, and not speaking falsely.

Islamicly, the most heinous lie is against God, His prophets, His revelation, and bearing false witness.  We should be careful not to make false excuses like ‘I was too busy or I forgot,’ or say words that can be taken as promises by others like ‘I’ll call back tomorrow,’ with no such intention.  At the same time, not lying should not be confused with impoliteness, ‘saying at it is,’ but we should be careful not to lie about little things when no one apparently gets hurt.  This can be done by carefully choosing our words.

Is "Never lie!" an absolute principle of Islam or are there exceptions?  Suppose that a would-be murderer comes knocking on your door, looking for his victim.  Is the morally correct answer, "She’s hiding upstairs, hoping you will go away"?  Philosophers like Kant wrote as if this was in fact the morally correct thing to do, but Islamicly, lying is justified in such cases.

that was eye opening