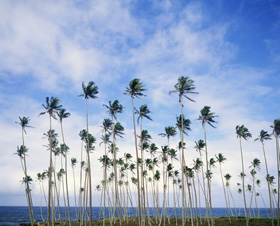 Islam is the religion revealed for all of humankind.  It is not exclusively for Arabs or Asians, men, or women, the wealth or the downtrodden.  Islam is the religion and way of life that assures that humankind is able to access all of their rights.  It makes sense to think that the One Who created us knows what is best for us, and   He (God) has given us access to all the knowledge we need in order to live happy secure lives.

Muslims believe that this knowledge is accessible through the Quran and the authentic traditions of Prophet Muhammad, may the mercy and blessings of God be upon him, and that it is guaranteed by the Sharia (Islamic Law).  Islam establishes a legal framework, and embodies a code of ethics, designed to protect the rights of an individual including his or her right to live in a secure society.

Prophet Muhammad said, “Whosoever wakes up (in the morning) feeling that he is secure in his community, free from ailments and diseases in his body, and has enough provision for a single day, it is as if he owns the entire world.” (Tirmidthi)

The Sharia is concerned with preserving five basic rights: the right to practice religion, the protection of life, the safeguarding of the mind or intellect, the preservation of honour and family, and the sanctity of his wealth and property.  A unified community establishes a moral and ethical base in which individual rights are upheld.  Although the rights of individuals are of great concern, they are not permitted to overshadow the rights of the community.

The Universal Declaration of Human Rights contains 30 articles.  They strive to secure life, liberty, and security for all men, women, and children.  There is no doubt that the preservation of this declaration is a righteous act however each article has been adequately addressed in the past by the words of God in Quran and the traditions of Prophet Muhammad.

All human beings are born free and equal in dignity and rights.  They are endowed with reason and conscience and should act towards one another in a spirit of brotherhood.

Everyone is entitled to all the rights and freedoms set forth in this Declaration, without distinction of any kind, such as race, colour, sex, language, religion, political or other opinion, national or social origin, property, birth or other status.  Furthermore, no distinction shall be made on the basis of the political, jurisdictional, or international status of the country or territory to which a person belongs, whether it be independent, trust, non-self-governing or under any other limitation of sovereignty.

There are many verses in Quran that point to the dignity, equality, and brotherhood of humankind.  Furthermore, God makes it clear that rights and freedoms are granted to all, regardless of race, gender, social origin, nationality, language, colour, or status.

“O mankind!  We have created you from a male and a female, and made you into nations and tribes, that you may know one another.  Verily, the most honourable of you with God is that (believer) who has God consciousness (including piety and righteousness).  Verily, God is All Knowing, All-Aware.”

God created humankind to act as vicegerent upon the earth; human beings were set above the animals, birds, and fish and given a task of great responsibility..

The first man Adam, the father of humankind was honoured and treated with due respect and dignity.  God blew man’s soul into him, He fashioned him with His own hands and He ordered the Angels to bow down before him.  By honouring Adam God assured that all of humankind are worthy of dignity and respect.  Islam also makes it clear that all mankind is descended from Adam and as such are brothers and sisters to one another.

“And (remember) when your Lord said to the angels: ‘I am going to create a human (Adam) from sounding clay of altered black smooth mud.  So when I have fashioned him and breathed into him (his) soul created by Me, then you fall down prostrate to him.”  (Quran 38:71-72)

God said in Quran (49:10) that believers are nothing less then brothers to one another and Prophet Muhammad constantly reinforced the necessity of maintaining the ties of brotherhood.  He said that no person would attain true piety until he wished for his brother (or sister) what he wished for himself.[1]

Everyone has the right to life, liberty, and security of person.

God makes it clear in Quran that human life is sacred.  Blood cannot be spilled or life taken without justification.  The right to life is inherent in the tenants of Islam and it is given by God, in equal measure to every single human being that has inhabited or will inhabit this planet earth.  Life and the integral honour and dignity it entails is considered the greatest gift.  It is given to us by our Creator as a trust.  We are obligated to care for each other and ourselves.  Suicide out of despair of God’s mercy or for any other reason is strictly forbidden. The sanctity of the body is inviolable and the bodies of the deceased must be handled with care and fitting solemnity.

“Say (O Muhammad): ‘Come, I will recite what your Lord has prohibited you from: Join not anything in worship with Him; be good and dutiful to your parents; kill not your children because of poverty - We provide sustenance for you and for them; come not near to shameful sins whether committed openly or secretly, and kill not anyone whom God has forbidden, except for a just cause (according to Islamic law). This He has commanded you that you may understand.” (Quran 6:151)

In his Farewell Sermon Prophet Muhammad reminded us of the importance of human rights in Islam, he said, “So regard the life and property as a sacred trust.  Return the goods entrusted to you to their rightful owners.  Hurt no one so that no one may hurt you.  Remember that you will indeed meet your Lord and that He will indeed reckon your deeds.”

[2] The text of the Farewell Sermon can be found in Saheeh Al-Bukhari and Saheeh Muslim, and in the books of At Tirmidhi and Imam Ahmad.