Human Rights in Islam (part 1 of 3): Rights for all of Humankind 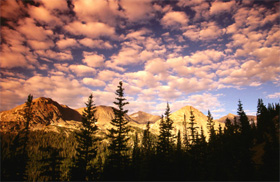 Just what exactly are human rights?  Is it just the right to life?  Alternatively, is it the right to freedom, liberty, and justice?  Do human rights include having the right to security, and a safe haven?  Since the end of World War 2, Western international politics appears to have focused on securing human rights; however, the reality is that the line between securing such rights and maintaining state sovereignty has become blurred.  The growing power and politics involved in human rights advocacy tends to favor Western ideals, but these are not necessarily universal ideals.  Many would claim that the human rights doctrine has become an accessory to spread Western moral imperialism.

While nobody denies that there are certain inalienable human rights, just what those rights are is often subject to fierce debate.  While some cultures focus on individual rights and freedoms, others are more concerned with rights that ensure the survival of communities.  The world is populated by diverse nations and tribes so it makes sense that laws and declarations made by human beings are not going to be universally accepted no matter how morally upstanding they are.

“O mankind, indeed We have created you from male and female and made you peoples and tribes that you may know one another.” (Quran 49:13)

From this, we see that interaction between nations is normal and desirable.  However, it is part of the nature of humankind to be jealous and at times self-serving.  Islam takes into account these vagaries of human nature, and therefore looks to the supreme Creator for guidance.  Human rights and responsibilities are enshrined in Islam; they are the foundation for the Sharia (Jurisprudential law).

There is no doubt that around the world, abuses of human rights are being perpetrated, often in the name of religion and sadly sometimes in the name of Islam.  However, it is important to recognise that just because a country is known as Islamic, this does not mean that it automatically follows the laws sent down by God.  It is also important to realise that not all Muslims understand and follow their religion.  Culture often dictates action.  Of course, the same can be said of all religions.  Throughout history, humankind has used the name of God to justify unspeakable acts.

The planet earth stumbled into the 21st century beset by wars, famines and great social unrest, therefore today’s catch phrases espouse the supposed remedy; freedom, democracy, and reconciliation.  Human rights have understandably become paramount.  Governments, non Government organizations, and religious and charity groups have all spoken about equality and inalienable rights.  The United Nations was formed to stand as a beacon of hope for understanding and joint initiatives but in actuality it is a toothless tiger, unable to reach agreement on most resolutions and unable to enforce the resolutions that do pass.

More than 1400 years ago, God sent down the Quran, a book of guidance for all of humankind.  He also chose Muhammad as the final Prophet; he was the human being capable of leading humankind into a new era of tolerance, respect, and justice.  The words of Quran and the authentic traditions of Prophet Muhammad contain rights and responsibilities granted by God to humankind.  They are not subject to the whims and desires of men or women and they do not change as borders or governments shift and settle, sometimes unrelentingly.

The United Nations proclaimed the Declaration of Human Rights in 1948.  It set out, in 30 articles,  the fundamental rights to be universally protected and described them as, designed to promote, “universal respect for and observance of human rights and fundamental freedoms[1]”.  The United Nations Office of the High Commissioner for Human Rights went on to describe these rights as inherent to all human beings regardless of sex, race, creed, or colour and declared them indivisible, interdependent, and interrelated.  In the following 60 years other declarations, treaties, and committees have come into existence, all focusing their efforts on ensuring the rights of various groups within varied societies.

The tenants of Islam include a basic set of rules designed to protect individual rights and freedoms, however the rights of individuals are not permitted to infringe upon the rights of communities.  Islam is a doctrine concerned with respect, tolerance, justice, and equality and the Islamic concepts of freedom and human rights are imbedded in the faith in the One God.  If humankind is to live in peace and security, he or she must obey the commands of God..

Muslims believe that God is the sole Creator and Sustainer of humankind and the universe.  He has given each human being dignity and honour and the human rights and privileges we enjoy are granted by Him.  The rights granted by God are designed for everybody.  One person is not more worthy of protection than another is.  Each person is entitled to sustenance, shelter, and security and if some people are denied their God given rights, it is the responsibility of the rest of humankind to restore those rights.

“O you who believe!  Stand out firmly for God, be just witnesses, and let not the enmity and hatred of others make you avoid justice.  Be just: that is nearer to piety, and fear God.  Verily, God is well acquainted with what you do.” (Quran 5:8)

Power and authority narratives have become entrenched in human rights advocacy.  Legislation and unenforceable treaties cannot protect the downtrodden and oppressed.  However, Islam proclaims that God treats all human beings equally and true human rights can only be achieved by obedience to Him.  In the following series of articles, we will examine the 30 articles of the Declaration of Human Rights and compare them to the Islamic standpoint and the reality of life in the 21st century.

Jazakumulah Khairan for your relentless effort in disseminating Islamic knowledge across the globe. May Allah grant Janatul Firdaws. Ameen!