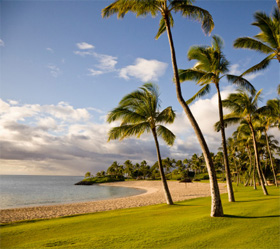 In recent years, health professionals around the world have become increasingly concerned with the spread of infectious diseases.  Outbreaks of swine flu, avian (bird) flu, and severe acute respiratory syndrome (SARS) have meant that infectious diseases have taken on a global context and are now on the agenda of world leaders and health policy makers alike.  In developed and developing countries, health officials are focusing on infectious disease research and linking it to policymaking and infrastructure.

The scope of infectious diseases is progressively more challenged by globalisation.  Easy and frequent air travel allows diseases to spread rapidly between communities and countries.  Infectious disease control will continue to be confronted by 21st century issues including global warming, conflict, famine, overpopulation, deforestation, and bioterrorism.

Due to ongoing media attention, most of us are aware of the dangers associated with swine flu and bird flu and in 2003 -2004 the world held its collective breath when 8098 people became sick with SARS, before the global outbreak was contained.[1]  These three diseases have led to renewed interest in infectious diseases by the public; however, Gideon Informatics[2], the world’s leading global infectious disease database, has tracked and documented more than 20 major infectious diseases since 1972.

Some basic measures are appropriate when trying to control the spread of any or all infectious diseases.  These include meticulous hand washing, covering the mouth when sneezing or coughing, proper disposal of tissues, staying at home and away from public places, and in extreme cases such as SARS, quarantine.  In the series of articles entitled Health in Islam, we explained in some detail that Islam is a religion concerned with creating a community of healthy believers.

Islam is a holistic belief system and it takes into account the physical, emotional, and spiritual well being of individuals and societies.  Although care of the individual is important, safeguarding communities, including its weakest members, is of paramount importance.  More than 1400 years ago, Prophet Muhammad, may the mercy and blessings of God be upon him, was teaching his followers hygiene practices that are still applicable in the 21st century.

From the traditions of Prophet Muhammad, we find evidence that clearly indicates Islam’s stance on coughing and sneezing openly.  Prophet Muhammad instructed the believers to cover their faces when sneezing.[3]  The most obvious effect of sneezing and coughing without covering the mouth is the spread of airborne bacteria and viruses, in addition, droplets invisible to the naked eye, may fall onto surfaces or other people.

According to the Centre for Disease Control in the USA, the virus that causes SARS is thought to be transmitted most readily by respiratory droplets produced when an infected person coughs or sneezes.  What is known as droplet spread can happen when droplets from the cough or sneeze of an infected person are propelled a short distance (up to 3 feet) through the air and deposited on the mucous membranes of the mouth, nose, or eyes of persons who are nearby.  The virus also can spread when a person touches a surface or object contaminated with infectious droplets and then touches his or her mouth, nose, or eye.  The SARS virus might spread more broadly through the air (airborne spread).

Islam is referred to as the religion of cleanliness.  “Truly, God loves those who turn unto Him in repentance and loves those who purify themselves.”  (Quran 2:222)  In the traditions of Prophet Muhammad cleanliness is mentioned as half of faith, therefore, it is important to keep the body fresh and clean and Islam insists on several practices to facilitate this.  The private parts are washed after using the toilet and Muslims must pay particular attention to being clean before praying.  They wash their hands, faces, (including rinsing the mouth and nose) arms and feet, a minimum of five times per day.  Prophet Muhammad insisted that the believers wash their hands, before praying, before and after eating[4]  and upon waking up in the morning[5].

When trying to stop the spread of any type of influenza, including swine flu and bird flu, the first line of defence is frequent hand washing.  Both the World Health Organisation and CDC recommend the following precautions.  Cover your nose and mouth with a tissue when you cough or sneeze and dispose of the tissue in the trash after use.  Wash your hands often with soap and water, especially after you cough or sneeze.  Avoid touching your eyes, nose, or mouth, germs spread that way.  Stay home if you get sick.  CDC recommends that you stay home from work or school and limit contact with others to keep from infecting them.

Infection control in Islam includes isolation and quarantine.  Prophet Muhammad, may the mercy and blessings of God be upon him, instituted strategies that are today implemented by public health authorities.  He commanded his followers not to travel to places known to be afflicted with illness and he advised those in the contaminated areas or communities not to leave and spread the disease further afield.  He said, “If you hear that there is a plague in a land, do not enter it; and if it (plague) visits a land while you are therein, do not go out of it”.[6]  He also counseled ill people not to visit healthy people.[7]

During the worldwide outbreak of SARS, quarantine officials arranged for appropriate medical assistance, which sometimes included medical isolation and restricted travel movements.  The CDC says isolation is necessary not only for the patient’s comfort but also to protect members of the public.  Many levels of government around the world are legally able to compel sick, infectious people to remain in quarantine or in isolation in order to stop the spread of disease.

The teaching and principles of Islam are designed to benefit all of humankind.  Rules and recommendations for personal hygiene and cleanliness promote the well-being of individuals and communities.  Infection control is inherent in Islamic hygiene behaviour.  Washing the hands, covering the mouth when sneezing or coughing, voluntary isolation, when one is feeling unwell, and restricted travel is an effective and comprehensive public health strategy.  Measures taken in the 21st century to prevent the spread of infections and viruses conform almost exactly to the hygiene and infection control practices taught by Prophet Muhammad.

Thanks for Good Jobs

A nice and educational piece

alhamdulillah for this biggest knowledge...

Quran is a key guidance for all of us.