Why Pork is Forbidden in Islam (part 2 of 2): Is pork unclean? 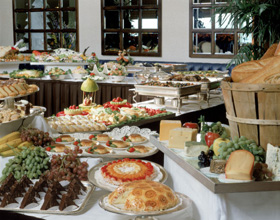 In Part 1 we discussed the primary reason for Muslims abstaining from eating pork and pork products, and that is, that God has forbidden it.  As the Creator of humankind and all that exists, God knows what is good for us, and He has sent guidance enabling us to make wise decisions.  Just as a computer would not work properly if it were incorrectly programmed, a human being is not able to function if he is not nourished correctly.  Islam is a holistic religion that recognises the interconnectedness of spiritual, emotional, and physical health.  What a person eats and drinks has a direct bearing on their overall health and well-being.

Virologists have long been aware that the pig is an ideal breeding ground for influenza, so it is no surprise that the latest threat, swine flu, originated in pigs.  Microbiologist and immunology expert, Dr Graham Burgess[1]  says, “Viruses that would normally grow in the chicken can potentially grow in the pig and ones that grow in humans will potentially grow in pigs.  So we consider the pig a great mixing pot for viruses and this is where it can play a real role in generating new viruses".

The pig is known to harbour parasites as well as bacteria and viruses.  Cysticercosis is an infection caused by the pork tapeworm, Taenia solium.  Infection occurs when the tapeworm larvae enter the body and form cysticerci (cysts).  When cysticerci are found in the brain, the condition is called neurocysticercosis.  This tapeworm in pigs is found worldwide but is most problematic in poor and developing countries were pigs are allowed to roam freely and often eat human faeces.  This infection can occur even in modern developed countries but the CDC reports that it is very rare in Muslim countries where eating pork is forbidden.[2]

Trichinellosis, also called trichinosis, is caused by eating raw or undercooked meat of animals infected with the larvae of a species of worm called Trichinella.  Infection occurs most commonly in certain wild carnivorous (meat-eating) animals but it may also occur in domestic pigs.  The CDC warns that if a human eats meat containing infective Trichinella cysts, the acid in the stomach dissolves the hard covering of the cyst and releases the worms.

The worms pass into the small intestine and, in 1-2 days, become mature.  After mating, adult females lay eggs.  These eggs develop into immature worms, travel through the arteries, and are transported to muscles.  Within the muscles, the worms curl into a ball and encyst (become enclosed in a capsule).  This infection occurs when these encysted worms are consumed in meat.  The number of cases of trichinellosis throughout the world has steadily decreased due to an awareness of the dangers of eating raw and undercooked pork products and legislation prohibiting feeding raw meat garbage to pigs.[3]

Pigs are omnivores, which means they consume both plants and animals.  Pigs will scavenge and eat any type of food, including dead insects, worms, tree bark, rotting carcasses, garbage, and even other pigs.  Pigs have very few sweat glands so therefore they are unable to completely rid their bodies of toxins.  New evidence indicates that farming practices are leading directly to the spread of human bacterial infections.

Pigs often live in the small spaces and fetid conditions that exist in many modern factory farms and studies are revealing that pigs frequently harbour antibiotic resistant staph bacteria.  This drug resistant bacterium is now entering our food supply and recent investigations in the United States of America indicate that 49% of pigs and 45% of pig workers now harbour these bacteria responsible for killing more then 18,000 people in the US every year.[4]

Muslims refrain from eating pork and pork products because God has forbidden it.  However a little investigation into the anatomy and lifestyle of the pig reveals that it is certainly an unclean animal.  Those interested in consuming healthy, natural, and pure foods would do well to abstain from pork and pork products.

Previous: Why Pork is Forbidden in Islam (part 1 of 2): Obeying the laws of God

While reading this article & munching on a hot-dog I became very queezy & light headed. Im swearing off of all pork & chicken products as of this moment...

Thank you, article is helpful.