The Ancient Kingdom of Israel (part 2 of 6): Saul Recruits an Army 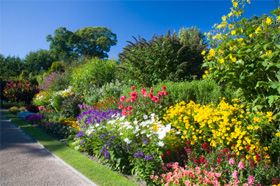 Prophet Samuel informed the Children of Israel (Israelites) that the pious young man known as Saul would be their king and leader.  As was the way of the Children of Israel at the time, they complained, and asked for a sign from God.  God, in His infinite wisdom granted them a sign that was unmistakable.  The angels returned the Ark of the Covenant, captured by the Philistines, to the Children of Israel.  With hearts full of peace, the Israelites accepted Saul as their King.

Saul however, recognised that the Israelites were a people who had strayed very far from piety and goodness.  Some time passed and Saul decided to form an army, in order to reclaim the lands and homes conquered by the Philistines.  Saul needed to be confident that his fighters were pure of heart and focused on fighting bravely for the sake of God, so he decided to take the men who had volunteered through a series of tests.  He was not looking for large numbers of fighting men; rather he wanted pious, courageous men who would be able to face trial and hardship, without complaint, or lack of faith.

The scholars of Islamic history estimate that Saul’s army comprised of 80,000 men.  It is however important to understand that Saul was not interested in strength of numbers, he was looking for strength of heart, and patience.  He ordered that only men free from responsibilities should join.  Those engaged in building homes, those about to be married and those preoccupied with business were ordered not to join.  King Saul tested his army by marching them through the desert until they were exhausted and extremely thirsty.  When they reached a river and saw water in front of their eyes, Saul said to them, do not drink.  He informed them that whoever drank from the river would no longer be part of the army.

“Then when Saul set out with the army, he said: "Verily!  God will try you by a river.  So whoever drinks thereof, he is not of me, and whoever tastes it not, he is of me, except him who takes (thereof) in the hollow of his hand.”  Yet, they drank thereof, all, except a few of them.” (Quran 2:249)

King Saul instructed his men to either, not drink at all, or if necessary to take only one handful.  Seventy six thousand men drank from the river; therefore, Saul was left with an army of 4000.  Saul was satisfied, he wanted men able to resist temptation, and with strong resolve, even in the face of hardship.  Soon however, they faced another severe test.  Saul’s army sighted the enemy on the other side of the river.  They crossed the river and were face to face with the army of the Philistines.

“So when he had crossed it (the river), he (Saul), and those who believed with him, said: "We have no power this day against Goliath and his hosts.”  But those who knew with certainty that they were to meet their Lord, said, "How often a small group overcame a mighty host by God’s Leave?”  And God is with the patient ones.” (Quran 2:249)

The size of Goliath’s army filled many of the 4000 with fear.  However, those who knew with certainty that they were fighting for the sake of God stood firm, and said to their companions, “How often, in past battles has a small army overcome a larger one, by the permission of God?”  Most of Saul’s army looked with fear at the army of the Philistines.  Many of the soldiers refused to go on.  In the end, Saul was left with just over 300 fighters.  They had faced a series of tests and out of the original 80,000 only 300 remained.

“And when they advanced to meet Goliath and his forces, they invoked "Our Lord!  Pour forth on us patience and make us victorious over the disbelieving people.” (Quran 2:250)

At that moment, when the small band of comrades faced Goliath, they looked into the distance at the vastness of the army before them, and put their trust in God.  They beseeched Him to cover them with patience and to give them victory over the disbelieving people.  Saul’s army was small, but each man possessed a will of iron.  Goliath, the tall, massive leader of the Philistines, marched toward the 300, who now faced yet another test of courage and trust in God.

When the armies stood facing each other, Goliath challenged any soldier from King Saul’s army to single combat.  Although Saul’s men were the best from among the Children of Israel, they looked at Goliath with fear and trepidation.  No man was willing to take up the challenge.  Saul offered his beautiful daughter in marriage to the man who would take up the offer but still no one stepped forward.  Then to everyone’s amazement a young man volunteered.  The Philistines roared with laughter and even the members of Saul’s army shook their heads in disbelief.

King Saul saw that the youth was little more than a child, small in stature and armed only with a slingshot.  He called for volunteers again, but not one soldier could match the bravery of the young man.  The youth spoke in his own defence, relating that he had, on previous occasions, killed both a lion and a bear while guarding his father’s flock of sheep.  Saul remembered the tests of patience he had put his army through and saw before him  a youth who embodied the fine qualities of courage, patience, and above all, total trust in God.  Saul agreed to let David, a youth from the town of Bethlehem, face the giant Goliath in mortal combat.