Description: How the fourth successor of the prophet Muhammad embraced Islam. 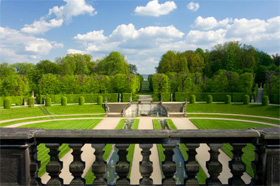 Ali “Ibn” (son of) Abu Talib was the young cousin of Prophet Muhammad.  This child, who greatly admired his older cousin, grew into a noble warrior for Islam, a knowledgeable judge, a remarkable exegete of Quran and a righteous leader of the Muslim nation.

Ali was born in Mecca around the year 600 CE.  His father was Abu Talib, Prophet Muhammad’s uncle and staunch supporter.  When Ali was a young child, a great famine ravaged the area around Mecca, food was scarce, and many families were unable to feed and clothe their children.  Muhammad, who was not yet a prophet, offered to nurture and care for his young cousin.  Consequently, Ali was raised by Muhammad and his first wife Khadijah.  Ali adored his older cousin and followed him around copying Muhammad’s actions.  As he grew older, Ali also began to emulate Muhammad’s noble ways.[1]

When Ali was around 10 years of age, Muhammad received the first revelations of the Holy Quran from God Almighty.  Ali was there with his cousin when Muhammad, may the mercy and blessings of God be upon him, revealed to his family that he had been called to be the Messenger of God.  It is said that Ali witnessed Mohammad and Khadijah praying to God and that he asked about what he had seen.  As soon as Prophet Muhammad explained the message of Islam to his young cousin, Ali accepted it as the truth.  However, before he embraced Islam he thought deeply about what his father’s reaction would be.  The next morning Ali testified that there was no god worthy of worship but Allah and that Muhammad was His messenger.  Ali has the honour of being the first child to accept Islam.

Some scholars of Islam believe that Ali may have been older then 10 years when he accepted Islam, therefore you may read in various texts that Ali was the first youth to embrace Islam.  Nevertheless, Ali’s age is not of primary importance, what counts the most is that he was a bright and clever young man, eager to learn and eager to worship God in the correct manner.  Many scholars point out that Ali was one of many young men and women around the Prophet Muhammad who had never been initiated into the idolatrous rituals of the pre Islamic Arabs.  Ali never prostrated before anything or anyone but God.

Ali spent his childhood with Fatima, the youngest daughter of Mohammad and Khadijah. Some years later when the Muslim community had migrated from Mecca to the city of Medina Ali went to Prophet Muhammad and proposed marriage to Fatima.

Ali however was upset by the fact that he was very poor and had nothing of value to present to Fatima as a bridal gift.  Prophet Muhammad reminded him that he had a shield, to sell.  Ali sold the shield to Uthman ibn Affan and was about to run excitedly back to the Prophet when Uthman stopped him and returned his shield, offering it as a marriage gift to Ali and Fatima.  It is believed that Fatima and Ali were in their middle to late teens when Prophet Muhammad himself performed their marriage ceremony.

The young boy who had followed his older cousin around like a shadow had grown into a noble young warrior.  When God revealed the verse, “and warn your tribe.  O Muhammad.” (Quran 26:214) Prophet Muhammad invited all his relatives for a meal; after they had eaten he addressed them and asked who from his family would join him in God’s cause? None had the courage to answer but a boy in his early teens.  Ali was that boy and he stood tall in the face of laughter and derision and expressed his desire to help Prophet Muhammad in whatever way he could be of service.  In the difficult times that lay ahead, Ali stood firm, and repeatedly demonstrated his courage and love for God and His Messenger.

When the disbelievers of Mecca planned to kill Prophet Muhammad, it became necessary for him and Abu Bakr to leave Mecca under the cover of darkness.  As they walked into the desert night it was the teenager Ali who slept in Muhammad’s bed, knowing that at any minute there could be assassins attempting to murder him.  Ali survived the night, and in the coming days, he returned the valuables that had been left in trust with Prophet Muhammad, to their rightful owners.  Prophet Muhammad considered his young cousin to be amongst the bravest, trustworthy and pious of his companions.  Soon afterwards, Ali joined his beloved cousin in Medina.

Prophet Muhammad so cherished his young cousin he called him by many fond and endearing names.  The name that Ali treasured most was Abu Turab (Father of Dust).  Once when Ali was sleeping in the mosque courtyard, his back became covered with dust.  Prophet Muhammad approached him, pulled him to his feet, and wiped the dust of his back, laughingly calling him Abu Turab.  Prophet Muhammad also called Ali Haidarah (the lion).  Prophet Muhammad’s young shadow grew into a respected warrior for Islam.

[1] Based on the work of Ibn Kathir, Biographies of the Rightly Guided Caliphs.

I am a Muslim and I love islands