Prophethood in Islam (part 1 of 2): The Nature of Prophethood

Description: An explanation of the purpose of prophethood and common features shared by all Prophets and their message. 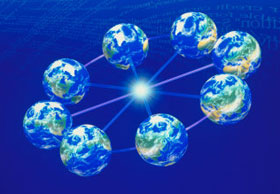 Prophethood is not unknown to heavenly revealed religions, such as Judaism and Christianity.  In Islam, however, it has a special status and significance.

According to Islam, God created man for a noble purpose: to worship Him and lead a virtuous life based on His teachings and guidance.  How would man know his role and the purpose of his existence unless he received clear and practical instructions of what God wants him to do?  Here comes the need for prophethood.  Thus God has chosen from every nation at least one prophet to convey His Message to people.

One might ask, how were the prophets chosen and who were entitled to this great honor?

Prophethood is God’s blessing and favor that He may bestow on whom He wills.  However, from surveying the various messengers throughout history, three features of a prophet may be recognized:

1.    He is the best in his community morally and intellectually.  This is necessary because a prophet’s life serves as a role model for his followers.  His personality should attract people to accept his message rather than drive them away by his imperfect character.  After receiving the message, he is infallible.  That is, he would not commit any sin.  He might make some minor mistakes, which are usually corrected by revelation.

2.    He is supported by miracles to prove that he is not an imposter.  Those miracles are granted by the power and permission of God and are usually in the field in which his people excel and are recognized as superior.  We might illustrate this by quoting the major miracles of the three prophets of the major world religions, Judaism, Christianity and Islam.

Moses’ contemporaries were excellent in magic, so his major miracle was to defeat the best magicians of Egypt of his day.  Jesus’ contemporaries were recognized as skilled physicians, therefore, his miracles were to raise the dead and cure incurable diseases.  The Arabs, the contemporaries of the Prophet Muhammad, may the mercy and blessings of God be upon him, were known for their eloquence and magnificent poetry.  So Prophet Muhammad’s major miracle was the Quran, the equivalent of which the whole legion of Arab poets and orators could not produce, despite the repeated challenge from the Quran itself.  Again, Muhammad’s miracle has something special about it.  All previous miracles were limited to its time and place; that is, they were shown to specific people at a specific time.  Not so with the miracle of Prophet Muhammad the Quran.  It is a universal and everlasting miracle.  Previous generations witnessed it and future generations will witness its miraculous nature in terms of its style, content and spiritual uplifting.  These can still be tested and will thereby prove the divine origin of the Quran.

3.    Every prophet states clearly that what he receives is not of his own making, but from God, for the well-being of mankind.  He also confirms what was revealed before him and what may be revealed after him.  A prophet does this to show that he is simply conveying the message that is entrusted to him by the One True God of all people in all ages.  So the message is one in essence and for the same purpose.  Therefore, it should not deviate from what was revealed before him or what might come after him.

Prophets are necessary for conveying God’s instructions and guidance to mankind.  We have no way of knowing why we were created.  What will happen to us after death?  Is there any life after death?  Are we accountable for our actions?  These and so many other questions about God, angels, paradise, hell, and more, cannot be answered without direct revelation from the Creator and Knower of the unseen.  Those answers must be authentic and must be brought by individuals whom we trust and respect.  That is why messengers are the elite of their societies in terms of moral conduct and intellectual ability.

Hence, the slanderous Biblical stories about some of the great prophets are not accepted by Muslims.  For example, Lot is reported to have committed incestuous fornication while drunk.  David is alleged to have sent one of his leaders to his death in order to marry his wife.  Prophets, to Muslims, are greater than what these stories indicate.  These stories cannot be true from the Islamic point of view.

The prophets are also miraculously supported by God and instructed by Him to affirm the continuity of the message.  The content of the prophets’ message to mankind can be summarized as follows:

a)    Clear concept of God: His attributes, His creation, what should and should not be ascribed to Him.

b)    Clear idea about the unseen world, the angels, jinn (spirits), Paradise and Hell.

c)    Why God has created us, what He wants from us and what rewards and punishments are for obedience and disobedience.

d)    How to run our societies according to His will.  That is, clear instructions and laws that, when applied correctly and honestly, will result in a smoothly functioning, harmonious society.

It is clear from the above discussion that there is no substitute for prophets.  Even today with the advancement of science, the only authentic source of information about the supernatural world is revelation.  Guidance can be obtained neither from science nor from mystic experience.  The first is too materialistic and limited; the second is too subjective and frequently misleading.

Next: Prophethood in Islam (part 2 of 2): A Belief in All Prophets without Distinction