Description: The reality of life in this world. 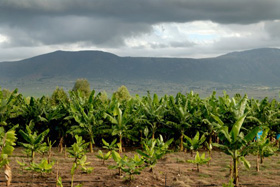 Many people mistakenly assume that true wealth and real treasure is that of money.  It is indeed true that wealth is a great blessing from God which He bestows upon His servants.  And the one who earns it purely, and spends it properly, and gives it to those that deserve it, without a doubt earns a great reward from God.

But at the same time, wealth is not the greatest blessing that can be given to mankind.  Furthermore, no matter how much wealth a person has, eventually it will leave him, and pass on into the hands of others.  The Prophet, may the mercy and blessings of God be upon him, reminded us of this when he asked the Companions,

“Who amongst you loves the money of his inheritors more than his own money?”[1]

They replied, “O Messenger of God!  There is no one of us except that he loves his own money more than he loves the money of his inheritors.”

So the Prophet replied, “But his money is only that which he sent forth, and the money of his inheritors is what he left behind.” (Saheeh Al-Bukhari)

So in reality most of the money that a person owns will eventually end up in the hands of his or her inheritors, and only that part which was spent for the sake of God will actually benefit one in the Hereafter.

God emphasizes this point in the Quran with the teaching that:

“Wealth and children are the adornments of the life of this world.  But the permanent righteous deeds are better in your Lord’s Sight (to attain) rewards, and better in respect of hope.” (Quran 18:46)

So money and children can be a comfort and a pleasure of this life, but righteous deeds are what will remain permanently — not one’s family or wealth.  It is these righteous deeds which will bring a person God’s Pleasure, and through which a person can hope for an ever-lasting reward in the Hereafter.  The Quran clearly states,

“And it is not your wealth, nor your children that bring you nearer to Us, but only he (will please Us) who believes, and does righteous deeds; for such (people), there will be a double reward for what they did, and they will reside in the high dwellings (of Paradise), in peace and security.” (Quran 34:37)

In a well-known and oft-repeated parable, the Quran compares the life of this world to a crop that flourishes after rainfall, only to wither up and shrivel in a short period of time.  The Quran states,

“Know that the life of this world is but amusement and diversion and adornment and boasting to one another and competition in increase of wealth and children – like the example of a rain whose [resulting] plant growth pleases the tillers; then it dries and you see it turned yellow; then it becomes [scattered] debris.  And in the Hereafter is severe punishment and forgiveness from Allah and approval.  And what is the worldly life except the enjoyment of delusion.” (Quran 57:20)

Imam al-Sa’adi summarised the commentary of this verse when he wrote, in a very beautiful passage: In this verse, God informs us of the true nature of this world, and what it is really based on, and He explains its end, and the end of the people in it.  He informs us that it is a mere play and amusement, so our bodies play in it, and our hearts are amused at it.  And we see that this is exactly what the people that are following this world are upon, so you find that they have wasted their entire lives so that they can amuse their hearts.  They are in total ignorance about remembering God, and what they are about to face of rewards and punishments (in the Hereafter).  You see them taking their religion as an amusement and pastime.

And this is in contrast to the people of awareness, and the ones that strive for the Hereafter.  Their hearts are alive with the remembrance of God, and His knowledge, and His love.  And they have busied themselves with actions that will bring them closer to God, whether those actions will benefit themselves only, or also others.  And the phrase, ‘amusement and diversion’ means that they will try to beautify themselves in their clothes, food, drinks, the means of transportation, their houses and palaces, their prestige, and other matters.  The phrase, ‘boasting to one another and competition in increase of wealth and children,’ implies that everyone is attached (to this world), trying to outdo others, so that he will be the victor in all its matters.  He wishes that he can satisfy all of his desires through it.  And (this occurs in money and children), so each one wants to be the one that has more than the other, in terms of money and children.  And this is what is occurring amongst those that love this world and are content with it.

But this is in contrast to the one who realizes this world and its reality, so he made it a passage, and not the goal.  So he competed in coming closer to God, and he took the necessary means to ensure that he would arrive at the promised destination.  So when he sees someone who tries to compete with him in money and children, he instead competes against him with good deeds!

Then, God drew for us a parable of this world.  It is like a rain that falls to the earth, and then mixes with the vegetation that is eaten by men and animals, until, when the earth spreads forth its beauty, and the disbelievers — those who cannot see beyond this life — are amazed at its fruits, the command of God comes upon it.  So it is destroyed, and it withers up, and dries, and it returns to its previous state, as if the land never gave any greenery, and as if no beauty were ever seen on it!

And this is how this world is!  While it is at its prime for its companion, sprouting forth with beauty, whatever he wants of its treasures he can take, and whenever he wants to obtain anything of it, he finds the doors to achieve it are open, when, all of a sudden, God’s decree falls upon it.  So all is the material gain he made from the world is removed from his hands, and his control over it is gone, or he himself is removed from it, so he leaves the world with absolutely nothing of it in his hands. In the end, he would have gained nothing from all of it except a shroud (in which his body is wrapped).  So woe to him who makes it his goal, and sacrifices everything for it, and strives and devotes his entire life to it!

And as for the actions of the Hereafter, then that is what will truly benefit.  It will store for its owner (the fruits of his work), and will accompany him forever.  This is why God stated,

“But in the Hereafter (there is) a severe torment (for the disbelievers), and (there is) Forgiveness from God and (His) Good Pleasure (for the believers).” (Quran 35:7)

So, the Hereafter will be one of these two matters only.  As for the punishment, then it will be in the Fire of Hell, and its pits and chains, and all of its horrors.  And this will be for one who has made this world his goal, and the end of his journey, so he freely disobeyed God, and rejected His signs, and did not thank His blessings.

And as for the forgiveness from God for one’s sins, and the absolvement of all punishment, and the pleasure of God, then this will be for one who strived for the Abode of Enjoyment (Paradise) — the one who realized the true nature of this world, and therefore strived in truth for the Hereafter.

So all of this should make us lessen our desire for this world, and increase our desire for the Hereafter, and this is why God said, “And indeed, the life of this world is only a deceiving enjoyment.”  So, this (life) is an enjoyment that a person can benefit from, and take his needs from.  No one except a person of weak mind will be deceived by it, and become content with it, and these are the ones that God will allow to be deceived by the Deceiver (Shaytan).[2]

[1] In other words, who amongst you loves the money that is in the hands of the people who will inherit from him when he dies (such as one’s sons and daughters) more than the money that he himself owns.