Bible Prophecies of Muhammad (part 1 of 4): Witnesses of Scholars

Description: The Biblical evidence that Muhammad is not a false prophet.  Part 1: The difficulties faced in discussing biblical prophecies, and accounts of some scholars who attested that Muhammad has been alluded  to in the Bible. 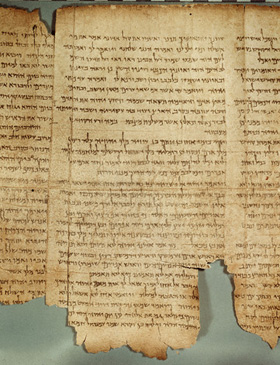 Jesus and the Apostles are believed to have spoken Aramaic.  Aramaic continued in wide use until about AD 650, when it was supplanted by Arabic.[2]  The present day Bible is not, however, based on the Aramaic manuscripts, but on Greek and Latin versions.

Quoting the Bible prophecies does not entail that Muslims accept the present day Bible in its entirety as God’s revelation.  For the Islamic belief on previous scriptures, please click here.

It is not a pre-condition of acceptance that a prophet be foretold by an earlier prophet.  Moses was a prophet to Pharaoh even though he was not prophesized by anyone before him.  Abraham was God’s prophet to Nimrod, yet no one prophesized his coming.  Noah, Lot, and others were true prophets of God, yet they were not foretold.  The evidence of a prophet’s truth is not limited to old prophecies, but it includes the actual message brought by him, miracles and more.

Discussing prophecies is a delicate matter.  It requires sifting through Bible versions and translations, recently discovered manuscripts and searching out Hebrew, Greek, and Aramaic words and investigating them.  The task becomes especially difficult when: "prior to the printing press (15th century), all copies of Bibles show textual variations."[3]  This is not an easy subject for lay people.  For this reason, the best testimony comes from ancient and modern experts in the area who acknowledged the prophecies.

We have records of early Jews and Christians, both monks and rabbis, who witnessed that Muhammad was the fulfillment of specific Bible prophecies.  The following are some examples of these people.

Pre-Islam Jews and Christians of Arabia were awaiting a prophet.  Before the appearance of Muhammad, Arabia was home to Jews, Christians, and pagan Arabs who, on occasion, went to war with each other.  The Jews and Christians would say: "The time has come for the unlettered prophet to appear who will revive the religion of Abraham.  We will join his ranks and wage fierce war against you."  When Muhammad actually appeared, some of them believed in him, and some refused.  This is why God revealed:

The first witness was Buhaira, the Christian monk, who recognized Muhammad’s prophethood when he was still young and told his uncle:

"…a great fortune lies before your nephew, so take him home quickly."[4] 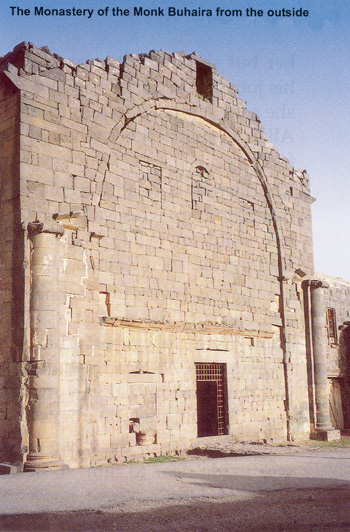 The second witness was Waraqah ibn Nawfal, a Christian scholar who died soon after a solitary meeting with Muhammad.  Waraqah attested Muhammad was the Prophet of his time and received revelation exactly like Moses and Jesus.[5]

The Jews of Medina were anxiously awaiting the arrival of a prophet.  The third and fourth witnesses were their two famous Jewish rabbis, Abdullah ibn Salam and Mukhayriq.[6]

The sixth and seventh witnesses were also Yemeni Jewish rabbis, Wahb ibn Munabbih, and Ka’b al-Ahbar (d. 656 CE).  Ka’b found long passages of praise and the description of the Prophet prophesized  by Moses in the Bible.[7]

[4] ‘Muhammad: His Life Based on the Earliest Sources’ by Martin Lings, p. 29. ‘Sirat Rasul Allah’ by Ibn Ishaq translated by A. Guillame, p. 79-81. ‘The Quran And The Gospels: A Comparative Study,’ p. 46 by Dr. Muhammad Abu Laylah of Azhar University.

[6] ‘The Quran And The Gospels: A Comparative Study,’ p. 47 by Dr. Muhammad Abu Laylah of Azhar University.

[7] ‘The Quran And The Gospels: A Comparative Study,’ p. 47-48 by Dr. Muhammad Abu Laylah of Azhar University.

I read this article & felt the carefull behaviour of the writer. Its a really good effort to show the truth.

This article is very useful and important in the religious comparative studies. Jazakumullah KAHAIRA! Wassalam

I will like to get daily update of this site