Description: The predisposition in humans to worship One God. 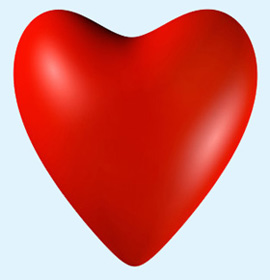 When a child is born, it has with it a natural belief in God.  This natural belief is called in Arabic the “Fitrah”.[1]  If the child were left alone, it would grow up aware of God in His oneness, but all children are affected by the pressures of their environment whether directly or indirectly.  The Prophet, may the mercy and blessings of God be upon him, reported that God said,

“I created My servants in the right religion but the devils made them go astray.”[2]

“Each child is born in a state of “Fitrah”, but his parents make him a Jew or a Christian.  It is like the way an animal gives birth to a normal offspring.  Have you noticed any (young animal) born mutilated before you mutilate them?”[3]

So, just as the child’s body submits to the physical laws which God has put in nature, its soul also submits naturally to the fact that God is its Lord and Creator.  But its parents try to make it follow their own way and the child is not strong enough in the early stages of its life to resist or oppose its parents.  The religion which the child follows at this stage is one of custom and upbringing and God does not hold it to account or punish it for this religion.  When the child matures in youth and clear proofs of the falsehood of his religion are brought to him, the adult must now follow the religion of knowledge and reason.”[4]  At this point the devils try their best to encourage him to stay as he is or to go further astray.  Evils are made pleasing to him and he must now live in the midst of a struggle between his Fitrah and his desires in order to find the right road.  If he chooses his Fitrah, God will help him overcome his desires even though it may take most of his life to escape, for many people enter Islam in their old age although most tend to do so before that.

Because of all these powerful forces fighting against the Fitrah God chose certain righteous men and revealed to them clearly the right path in life.  These men whom we call prophets were sent to help our Fitrah defeat its enemies.  All the truths and good practices present in societies around the world today came from their teachings, and if it were not for their teachings, there would be no peace or safety in the world at all.  For example, the laws of most Western countries are based on the “Ten Commandments” of Prophet Moses, like “Thou shalt not steal” and “Thou shalt not kill” etc., even though they claim to be “secular” governments, free from the influence of religion.

Thus, it is man’s duty to follow the way of the prophets since it is the only way which is truly in harmony with his nature.  He should also be very careful not to do things simply because his parents and their parents did it, especially if knowledge reaches him that these practices are wrong.  If he does not follow the truth, he will be like those misguided people about whom God says in the Quran:

God forbids us from obeying our parents if what they want us to do is against the way of the prophets.  He said, in the Quran,

“We advise man to be good to his parents, but if they try to make you do in My name what you know to be false, do not obey them.” (Quran 29:8)

Those who are fortunate to be born in Muslim families must be aware that all such “Muslims” are not automatically guaranteed paradise, because the Prophet warned that a large part of the Muslim nation would follow the Jews and Christians so closely that if they entered the den of a lizard, Muslims would climb in after them as well.[5]  He also said that before the Last Day some people would actually worship idols.[6]  .  Today, there are Muslims all around the world praying to the dead, building tombs and masjids over graves and even performing rites of worship around them.  There are even some who claim to be Muslim and worship Ali as God.[7]  Some have turned the Quran into a good luck charm which they hang on chains around their necks, in their cars or on key chains etc.  Therefore, those born into such a Muslim world who blindly follow whatever their parents did or believed, have to stop and think whether they are simply a Muslim by chance or a Muslim by choice, whether Islam is what their parents, tribe, country, or nation did or does, or what the Quran teaches and what the Prophet and his companions did.

[7] The Nusayris of Syria and the Druzes of Palestine and Lebanon.

thank you it was very helpful

Mashallah- your articles have given me insight and make me feel so blessed to have been guided by Allah to Islam.