What They Said about Muhammad (part 1 of 3)

Description: The statements of non-Muslim scholars who have studied Islam about the Prophet.  Part 1: Introduction.

Articles The Benefits of Islam What Others Say about Islam, Muhammad, and the Quran
Articles The Prophet Muhammad His Characteristics 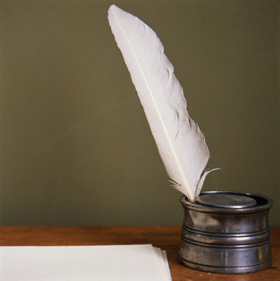 During the centuries of the Crusades, all sorts of slanders were invented against the Prophet Muhammad, may the mercy and blessings of God be upon him.  With the birth of the modern age, however, marked with religious tolerance and freedom of thought, there has been a great change in the approach of Western authors in their delineation of his life and character.  The views of some non-Muslim scholars regarding Prophet Muhammad, given at the end, justify this opinion.

The West has still to go a step forward to discover the greatest reality about Muhammad, and that is his being the true and last Prophet of God for all of humanity.  In spite of all its objectivity and enlightenment there has been no sincere and objective attempt by the West to understand the Prophethood of Muhammad.  It is so strange that very glowing tributes are paid to him for his integrity and achievement, but his claim of being the Prophet of God has been rejected explicitly and implicitly.  It is here that a searching of the heart is required, and a review if the so-called objectivity is needed.  The following glaring facts from the life of Muhammad  have been furnished to facilitate an unbiased, logical and objective decision regarding his Prophethood.

Up to the age of forty, Muhammad was not known as a statesman, a preacher or an orator.  He was never seen discussing the principles of metaphysics, ethics, law, politics, economics or sociology.  No doubt he possessed an excellent character, charming manners and was highly cultured.  Yet there was nothing so deeply striking and so radically extraordinary in him that would make men expect something great and revolutionary from him in the future.  But when he came out from the Cave of Hira with a new message, he was completely transformed.  Is it possible for such a person of the above qualities to turn all of a sudden into ‘an imposter’ and claim to be the Prophet of God and thus invite the rage of his people?  One might ask, for what reason did he suffer all the hardships imposed on him?  His people offered to accept him as their king and to lay all the riches of the land at his feet if only he would leave the preaching of his religion.  But he chose to refuse their tempting offers and go on preaching his religion single-handedly in the face of all kinds of insults, social boycott and even physical assault by his own people.  Was it not only God’s support and his firm will to disseminate the message of God and his deep-rooted belief that ultimately Islam would emerge as the only way of life for humanity, that he stood like a mountain in the face of all opposition and conspiracies to eliminate him?  Furthermore, had he come with a design of rivalry with the Christians and the Jews, why should he have made belief in Jesus and Moses and other Prophets of God, peace be upon them, a basic requirement of faith without which no one could be a Muslim?

Is it not an incontrovertible proof of his Prophethood that in spite of being unlettered and having led a very normal and quiet life for forty years, when he began preaching his message, all of Arabia stood in awe and wonder at his wonderful eloquence and oratory?  It was so matchless that the whole legion of Arab poets, preachers and orators of the highest caliber failed to bring forth its equivalent.  And above all, how could he then pronounce truths of a scientific nature contained in the Quran that no human being could possibly have developed at that time?

Last but not least, why did he lead a hard life, even after gaining power and authority?  Just ponder over the words he uttered while dying:

“We, the community of the Prophets, are not inherited.  Whatever we leave behind is for charity.”

As a matter of fact, Muhammad is the last link of the chain of Prophets sent in different lands and times since the beginning of human life on this planet.  The following parts will cover the writings of some non-Muslim authors regarding Muhammad.

Next: What They Said about Muhammad (part 2 of 3)

ArticlesThe Benefits of IslamWhat Others Say about Islam, Muhammad, and the Quran
ArticlesThe Prophet MuhammadHis Characteristics