Abu Bakr, the Truthful (part 3 of 3): The Protector 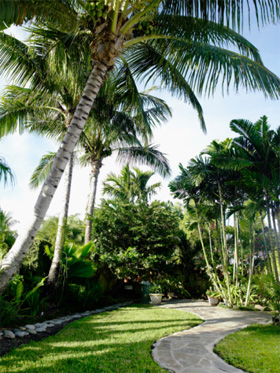 Abu Bakr was a man of shrewd judgment.  He was able to discern the truth when others were muddled by the complexities of a situation.  Thus, he found it very easy to see the truth in Islam but realised that the words of Muhammad would cause a rift in Meccan society.  The leaders of Mecca would not tolerate anything that put their economic situation or lifestyles in jeopardy.  Abu Bakr knew that difficult times lay ahead and felt it was his duty to protect his companion, Prophet Muhammad.  The two friends saw each other everyday and their friendship grew stronger as their understanding of Islam grew and took root in their hearts.  For three years Islam blossomed in secret.  The new Muslims spread the message of Islam through a network of trusted friends and families, but the time came when God commanded Prophet Muhammad to spread the message in public.

Abu Bakr understood that life would become difficult as the leaders of Mecca realised how many people were accepting Islam.  He knew that Prophet Muhammad would require his protection, but over the months, Abu Bakr also took on the role of protector for many new Muslims.  As more and more people converted to Islam the non-Muslim leaders of Mecca began a campaign of persecution and abuse designed to destroy the new faith.  Most of the men, women and children from the tribes of Mecca had the protection of their families, but the slaves and the poor were particularly vulnerable.

It was the slaves and the destitute that were particularly attracted to the teachings of Islam.  They heard the words of equality, freedom, and the mercy of the One True God and saw it as a way to escape the brutality of their existence and find comfort in the forgiveness and love of God.  They learned that all men were slaves of God and that He offered guidance and protection to all, not just the elite classes.  Abu Bakr was a rich merchant and was able to ease the suffering of many slaves by buying them from their masters and setting them free.

Among the slaves set free by Abu Bakr was Bilal[1], the man destined to become the first man to call the faithful to prayer.  Bilal’s master would make him lie on burning sand and have large slabs of  rock placed on his chest, but he refused to give up his new faith.  When Abu Bakr heard of Bilal’s condition, he raced to free him.  In all, Abu Bakr freed eight slaves, four men and four women.  Although the buying and freeing slaves was not unknown in Meccan society, it was usually done for far less altruistic reasons.  Once a slave was freed, he was honour bound to offer his protection to the one who freed him, and for this reasons the rich Meccans would free slaves that were physically fit and strong.  Abu Bakr feed slaves for the sake of God, not for himself.

“Those who spend their wealth for increase in self-purification; And have in their minds no favour from any one For which a reward is expected in return, But only the desire to seek the Countenance, Of their Lord, Most High; And soon they shall attain complete satisfaction.” (Quran 92:18-21)

One day, when Prophet Muhammad was in the Kaaba (House of God) the Meccans surrounded him and started taunting and verbally abusing him, and very quickly it escalated to physical abuse.  Someone informed Abu Bakr that his companion was in need of his assistance, so he rushed to the Kaaba and pushed into the middle of the fight, placing himself between Prophet Muhammad and his attackers.  He cried out, “Would you kill a man for saying that Allah is his Lord”.[2]  The Meccans were momentarily stunned, but within seconds they fell upon Abu Bakr and beat him mercilessly.  The beating was so severe that the blood flowed from his head and clotted his hair.

On another occasion, when the Prophet was praying, one of the Meccan elites threw a piece of cloth around his neck and began to strangle him.  Although people could see what was happening nobody was courageous enough to come to Prophet Muhammad’s rescue.  When Abu Bakr entered the Kaaba and saw his friend’s predicament, he rushed over and fought off the attacker.

A story that comes from Ali ibn Abu Talib epitomises Abu Bakr’s reputation as a quiet achiever who never put his own needs first and was devoted to Islam and its messenger, Prophet Muhammad.  When Ali was the leader of the Muslims, many years after the deaths of both Prophet Muhammad and Abu Bakr, he made a speech in which he enquired of his audience, “Who is the most courageous man in Islam?”  The audience responded, “You!  Ameer Al Mumineen (leader of the faithful)” Ali had a fierce reputation as a warrior and brave fighter.  He looked at the men seated before him and said, “It is true I have never faced an opponent and lost, but I am not the most courageous.  That honour belongs to Abu Bakr”.

Ali went on to  relate that in the Battle of Badr, the first battle the fledging Muslim nation faced, the Muslims refused to let Prophet Muhammad be in the front lines and instead built a shelter for him at the back.  The men were asked who would volunteer to guard the Prophet, but none would step forward except Abu Bakr.  Prophet Muhammad stayed in the shelter for sometime, praying for the success of his small nation, and Abu Bakr could be seen walking back and forth, his sword unsheathed, ready to repel any threat to his beloved companion.

Later in the battle, Prophet Muhammad led the centre battalion and Abu Bakr the right flank.  They were friends united in all circumstances, in times of ease or hardship.  Abu Bakr is an example of a courageous man prepared to use his wealth, abilities and strength in the service of Islam and ready to give up his life for the sake of God or to protect God’s messenger.

“You had the lowest voice but the highest distinction.  Your conversation was most exemplary and your reasoning most just; your silence was longest in duration, and your speech was most eloquent.  Bravest among men, and well-informed about matters, your action was dignified.”  Thus was Abu Bakr, the protector.

Previous: Abu Bakr, the Truthful (part 2 of 3): We are two and God is our Third