Description: A devout man accepts Islam and strides into history. 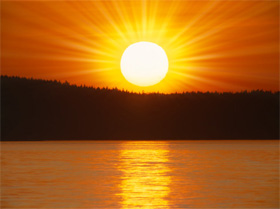 ‘If I had taken anyone as my closest friend I would have taken Abu Bakr, but he is my brother and companion.’[1]  These are the words of Prophet Muhammad, may God shower him with praises, and Abu Bakr was his closest earthly companion.  Abu Bakr was known as As Siddeeq (the truthful).  The Arabic word Siddeeq implies more than lack of deceit; it indicates a person in a constant state of truthfulness.  One who recognises the truth and adheres to it.  The word Siddeeq implies truthfulness to one’s self, those around us and most importantly to God.  Abu Bakr was such a man.

Prophet Muhammad showed his great love and respect for Abu Bakr by associating him with the concept of the “closest friend”.  In Arabic, the word used is khaleel and it denotes more than friendship,   rather a heartfelt closeness with an unbreakable connection.  Prophet Abraham was known as the khaleel of God, and Prophet Muhammad himself reserved this word for his relationship with God, but his connection with Abu Bakr involved a special rapport.

The sayings of Prophet Muhammad and the history of Islam tell us that Abu Bakr was born a little over two years after Prophet Muhammad, and that both were born into the tribe of Quraish, although into different clans.  Abu Bakr was born into a reasonably well off family and established himself as a successful trader and merchant.  He was a likeable, approachable man who had a large social network.

Abu Bakr loved to talk and communicate with all those around him and was an expert in Arab genealogy.  He knew the names and locations of all the Arab tribes and understood their good and bad qualities.  It was this knowledge that allowed him to mix easily with many diverse people and command a great deal of influence in Meccan society.

When Prophet Muhammad married his first wife Khadijah, he and Abu Bakr became neighbours and found that they shared many of the same characteristics.  Both men were traders, and both conducted their affairs with honesty and integrity.

Both Prophet Muhammad and Abu Bakr avoided the vice and corruption that abounded in pre-Islamic Arabia and both avoided idolatry.  They recognised each other as kindred spirits and struck up a lifelong friendship.

Abu Bakr As Siddeeq was the first person to heed Prophet Muhammad’s message and enter into Islam.  When he heard Prophet Mohammad say that there was nothing worthy of worship but God and that he (Muhammad) was the messenger of God, Abu Bakr accepted Islam without any reservations.  For everybody else who comes to Islam or rekindles lost faith, there is an obstacle, a moment of hesitation, but not for Abu Bakr.  The sweetness of faith entered his heart and the one known as the truthful, recognised the truth.

In the early days when the message was first revealed, Prophet Muhammad called the people around him to Islam in secret.  Prophet Muhammad knew that his message would shock and dismay the Meccans who were deeply entrenched in ignorance.  He wanted to build a band of followers who would slowly deliver the message, spreading out in ever-increasing circles.  When there were 38 Muslims, Abu Bakr went to his beloved friend Prophet Muhammad and said he wanted to proclaim the message in public.

Prophet Muhammad refused, thinking the numbers to small to risk exposure.  Abu Bakr insisted and kept mentioning this to his companion.  When Prophet Muhammad was ordered by God to make his message public, he and Abu Bakr made their way to the Kaaba (the house of God in the centre of Mecca).  Abu Bakr stood up and proclaimed in a loud voice, “There is none worthy of worship but God, and Muhammad is his slave and messenger”.  Abu Bakr was the first public speaker for Islam.

When Prophet Muhammad died the Muslims were devastated, some even refused to accept the truth.  Their hearts were broken.  Although overwhelmed by grief, Abu Bakr addressed the people, he praised and glorified God and  said,  “Whoever worshipped Muhammad, then Muhammad is dead, but whoever worshipped God, then God is Ever-living  and shall never die.”[2]  He then recited verses from Quran.

“Muhammad is no more than a Messenger, and indeed (many) Messengers have passed away before him.  If he dies or is killed, will you then turn back on your heels (as disbelievers)?  And he who turns back on his heels, not the least harm will he do to God, and God will give reward to those who are grateful.  (Quran 3:144)

During this great crisis, the devastated Muslims chose Abu Bakr as their leader.  He was the first Caliph (leader of the Muslims).

Prophet Muhammad’s nephew, Ali ibn Abu Talib, praised Abu Bakr as the first person to enter Islam and the first to perform any good deeds.[3]  In Islam, competing with one another to do good deeds is not only acceptable but also encouraged.  Prophet Muhammad exhorted his followers to behave easily in the affairs of this world, but to race with one another towards everlasting life in Paradise.  Muslim historian,  At Tabarani, quotes righteous companion Ibn Abbas as saying,  “Abu Bakr.....excelled all the  companions  of Prophet Muhammad in piety and righteousness, renunciation of worldly goods and reliance upon God.”  From the sayings of Prophet Muhammad we learn that Abu Bakr will be the first person to enter Paradise after the Prophets of God.[4]  Abu Bakr – the first!