Description: The answer to the fundamental question about the reason why God created.  Part 1: The manifestation of the divine attribute of being the Creator. 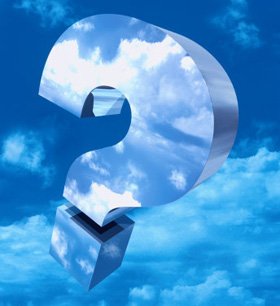 From the point of view of God, a… fundamental question needs to be asked, “Why did God create?”  This question should be asked because humankind is not, in fact, the greatest creation.  God says in the Quran:

The composition of human beings is far less complex than the composition of the universe in which they exist.  However, very few people reflect on this reality.  Because of the apparent supremacy of human beings over the other creatures on this earth, man’s journeys through space and the continued advancement of their technology and knowledge, humankind in every age becomes arrogant and considers itself the greatest thing in this world.  It is worth noting that the majority of humankind’s amazing discoveries are not concerning the human being, but his surroundings.  Thus, human efforts tend to be focused on the material world rather than human beings.  In this verse, God brings human beings back to their actual status in this world.  Humankind is merely a small part of the existence which resulted from the miraculous act of divine creation.  Thus, in order to understand why God created mankind, one first needs to answer the even more fundamental question of why God created.

Creation is fundamentally the consequence of the divine attribute of being the Creator.  A creator who does not create is something of a contradiction in terms.  This is not to say that God needs His creation.  God is free from all needs.  It is creation which needs Him.  But, as the greatness of a writer becomes apparent in his writings, the perfection of the divine creative attribute is manifest in creation.  Creation in the true sense is unique to God alone.  Although humans ascribe the act of creation to themselves, what they do is not true creation.  Humankind merely manipulates what already exists - what was already created by God.  A table is made from wood which came from trees and is held together with nails and screws made from metal that came from rocks.  Human beings did not make the trees or the rocks.  In fact, all human creations can be traced back to basic elements which humans cannot make.  Even the artist ‘creates’ designs based on what he has seen.  It is not possible to imagine what has not been perceived by the senses.  Thus, all of the artist’s thoughts are reflections on what was already created.  Only God alone creates from nothing.  This basic fact was and still is incomprehensible to some.  Some ancient as well as modern philosophers, who could not comprehend how God could create from nothing, claimed that the created world and its contents are all originally a part of God.  That is, according to them, God took a part of Himself and made the universe.  This conclusion is based on comparing God to man, who can only ‘create’ by modifying what already exists.  However, God denies any such comparisons which would give Him human limitations.  In the Quran, He states:

Thus, the act of creation is a consequence of the divine attribute of being the Creator.  God describes Himself as the Creator in a variety of verses throughout the final revelation to emphasize to humankind that everything belongs to Him alone.

“God created all things and He is the agent on which all things depend.” (Quran 39:62)

Man needs to realize that nothing takes place in this universe without the permission of God.  To seek protection from evil or to seek to acquire good from any source other than God is a major mistake.  Due to ignorance, many people attempt to avoid misfortune and to gain good fortune through a variety of charms and amulets, astrology, palmistry, etc.  Consequently, in the Quran, God informs human beings to seek refuge in God from evil:

Allah, God Almighty, is not evil; He is good.  He created a world in which evil or good can be done by beings to whom He gave this ability.  However, no evil or good can take place in this world without the permission of God.  This is why it is futile to turn to others besides God for help and protection.

The final prophet of God, Muhammad, may the mercy and blessings of God be upon him, further elaborated on this concept, saying:

Next: Why Did God Create? (part 2 of 3): Divine Mercy and Justice