Description: The role of humility in Islam. 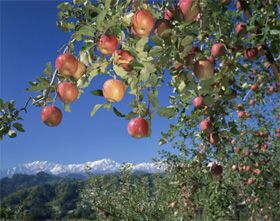 God created human beings to worship Him and a practising Muslim in, essence, should be able to worship God in every second, of every hour of every day.  Islam is a way of life and it means nothing more, or less, than submission to the One God.

“And I (God) created not the jinn and humans except they should worship Me Alone.” (Quran 51:56)

The concept of God in Islam describes Him as the most Merciful and the most Loving and whatever He prescribes for humankind is in the best interest of humankind.  Submission to the will of God is a pathway to purity, to peace and ultimately to Paradise.

The word Quran most frequently uses to describe worship is Ibadah.  Ibadah is the root of the word ‘ubudiyyah, which means to express ones humility or humbleness, and as with most Arabic words there are many shades of meaning.  Ibadah involves more then an awareness of humility.  It is the complete sense of humbleness that overcomes one who is totally submitted to the will of God, the Almighty.  Worship is submission to God, the essential part of submission is humility.

“So glorify the praises of your Lord and be of those who prostrate themselves (to Him).” (Quran 15:98)

Humility can guide us to Paradise, just as its opposite, arrogance, kibr in Arabic, can only lead us into Hell.  It is Satan’s arrogance that caused his expulsion from Paradise; when he refused to humbly obey God’s command and prostrate before Adam, the father of mankind, he condemned himself and his followers to Hell.  Satan’s lack of submission, or humility, resulted in one of the most pious of God’s creatures falling into the abyss.[1]

No one who behaves arrogantly or who acts as if he or she has power over others is capable of true submission.  All power and strength is from God Alone.  All human beings are equal in the sight of God and the distinctions between nations, tribes, and families are only to know each other and not for the sake pride.

“O mankind!  We have created you from a male and a female, and made you into nations and tribes, that you may know one another.  Verily, the most honourable of you with God is that (believer) who has At-Taqwa (God consciousness).  Verily, God is All-Knowing, All-Aware.” (Quran 49:15)

The main pillar of worship, Ibadah, is the prayer.  The congregational prayer  is performed in rows where all men stand before God as equals.[2]  There is no special place for the rich or powerful, the meek and poor are not relegated to the back lines.  Each man bows his head in humility knowing that his brothers, on either side of him are equally important in the sight of God.  Only one thing raises one man or woman above another – piety.  True piety or righteousness is not achievable without cultivating a sense of humility.

“And turn not your face away from men with pride, nor walk in insolence through the earth.  Verily, God likes not each arrogant boaster.” (Quran 31:18)

Humility comes from knowing about God and recognising His greatness, venerating Him, loving Him and being in awe of Him; and it comes from knowing about oneself and one’s own faults, and weaknesses.  God gives this characteristic to those who struggle to become close to Him through deeds of piety and righteousness.[3]  A companion close to the Prophet Muhammad heard him say,

“Wealth does not decrease because of charity, and God increases His slave in honour when he forgives others.  And no one humbles himself before God but God will raise him (in status).” (Saheeh Muslim )

Humility is one of the greatest blessings God can bestow on a human being.  It allows one to achieve genuine submission.  Prophet Muhammad was truly submitted to God; his character was one of complete humility and based on sincere trust in God.  He was a model of kindness and humbleness.  In fact, the characteristics displayed by Prophet Muhammad were the exact opposite of pride and arrogance.  Every aspect of his life reflected humbleness, even his walking, talking, sitting or eating.

The Prophet did not behave towards others as if he was better than they were, nor did he spurn manual work.  One of his companions reported that Prophet Muhammad worked happily with servants or workers.  Other companions related that the Prophet tidied his house, tied camels, feed animals, ate meals with his servants, and helped them in kneading dough and bringing provisions from the market.  It was also reported that he used to visit the sick, attend funerals, ride on a donkey, slow down his pace for the sake of the weak and accept invitations from the poor.

The companions of Prophet Muhammad and the early generations of Muslims understood the concept of humility.  They behaved humbly towards God and mankind because of their love for God, and their fellow man, and fear of punishment in the Hereafter.

During his Caliphate, Omar ibn Al Khattab was marching upon Damascus with his army.  Abu Ubayda was with him.  They came upon a little lake.  Omar descended from his camel, took off his shoes, tied them together, and hung them on his shoulder.  He then took the halter off his camel and they entered the water together.  Seeing this in front of the army, Abu Ubayda said, “O Commander of the Believers! How can you be so humble in front of all your men?”  Omar answered, “Woe to you, Abu Ubayda!  If only anyone else other than you thought this way!  Thoughts like this will cause the downfall of the Muslims.  Don't you see we were indeed a very lowly people?  God raised us to a position of honour and greatness through Islam.  If we forget who we are and wish other than the Islam which elevated us, the One who raised us surely will debase us.”

“And the slaves of God are those who walk on the earth in humility and calmness, and when the foolish address them (with bad words) they reply back with mild words of gentleness.” (Quran 25:63)

[1] Satan was a being from among the Jinn.  His level of piety was so high he was eligible to worship with the Angels.

[2] In congregational prayer, men and women are separated.  Women often have their own separate area.

May Allah increase you in knowledge.