Kindness to Parents (part 3 of 3): Even After Death

Description: How one can show appreciation to their parents even after their death. 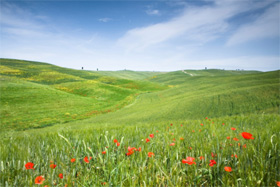 Islam is a religion of justice and compassion.  It teaches morality and forbids bad conduct.  Special status has been afforded to the elderly; they are treated with respect and dignity.  Muslims are urged to honour them and this is especially true when it comes to the treatment of parents.  Although death may take us at any age, parents are often elderly and as such require special care and attention.  Even though the rigours of old age may cause parents to be demanding , impatient or petulant,  a Muslim is still obligated to treat then with kindness and to look after them lovingly.  God linked honouring parents to the command to believe in Him Alone.

One of Prophet Muhammad’s companions asked about the deeds God loved most.  The Prophet replied, the prayer offered on time and honouring parents...  (Saheeh Bukhari)

The sayings of Prophet Muhammad abound with words of wisdom about the obligation to be dutiful and kind to parents.  He was once heard to say:

“May he perish, May he perish, may he perish”.  Those around him immediately asked whom he was referring.  Prophet Muhammad replied, “He whose parents (one or both) attain old age in his life and he does not enter Paradise (because of his goodness towards them).”  (Saheeh Muslim)

Respect for parents is a key to the gates of Paradise.  By upholding the commands of God and giving parents the affection and love due to them, we receive the reward of eternal bliss.

There are many ways a Muslim can continue to honour and respect his or her parents after their death.  He may pray and make supplications for God to show mercy towards them; he may pay any worldly debts they may have accumulated or debts owed to God such as fasting or making the pilgrimage (Hajj); and he may also give charity in their name.  Keeping the ties of kinship and friendship are also ways of continuing to show love and respect to parents after their death, and Islam carefully explains what actions on the part of the living may be beneficial.  The Prophet said,

“When a person dies, all his deeds come to an end except three: ongoing charity, beneficial knowledge (which he has left behind), or a righteous child who will pray for him.” (At Tirmidhi)

A man from among the companions asked Prophet Muhammad,

“Is there anything left from the goodness I owe my parents I should present to them after their death?”  He replied, “Yes, four things: Pray and ask forgiveness for them.  Fulfil their pledges.  Be kind to their friends.  And maintain the ties of kinship that come from only their direction”. (Ahmad, Abu Dawood &ibn Majah)

Thus, it is understood that the kindness and gratitude we are obliged to show our parents should be continued even after their death.  Prophet Muhammad also told us about a man raised to a very high station in Paradise.  The man was surprised and asked how he achieved such a noble position.  He was informed,

“Because your son prayed for your forgiveness”. (Ibn Majah)

The Keys to Paradise

Life in the 21st century is hectic, and we are often overwhelmed by worldly concerns; so much so, we tend forget that morals and manners are a large part of this way of life that is Islam.  Kindness to parents is an obligation and we would do well to remember and to emulate the behaviour of the first Muslims.  They held their parents in high esteem, they loved and cherished them by following the commandments of God and knew that paradise really did lie at the feet of mothers.  These were not just words to our predecessors; they were the keys to paradise.

In the narrations of Prophet Muhammad, we are able to observe the behaviour of Abdullah, the son of Omar ibn al Khattab.  On the road to Mecca, Abdullah met a Bedouin.  He greeted him with peace, had him ride the mount that he was riding and gave him the turban that he had been wearing on his head.  One of Abdullah companions commented, “May God guide you, they are just bedouin and they are content with something simple.”  Abdullah answered, “The father of this man was a close friend of my father, and I heard the Messenger of God say, “The best way of honouring one’s parents is for the son to keep in touch with his father’s friends.”

Islam recognises the importance of the family unit, and a good and loving relationship between parents and children is essential.  After God, our parents deserve our gratitude and obedience.  A Muslim is obligated to show goodness and mercy to his or her parents.  There is only one exception to this, if parents expect their children to associate anything with God or to do something regarded impermissible in Islam, then the child must not obey, however nothing removes the obligation to be kind and respectful.

Previous: Kindness to Parents (part 2 of 3): The Value of Motherhood: Paradise is at Her Feet

so good.we are reminded to do good to our parents and treat them very well as the Islam commanded us to do so.masha Allah!

May Allah bless you all who is working for this website who is spreading the Islamic knowledge all over the world.

Salaam. My dad passed away 12 December can you please make dua for my dad.pls

May Allah bless our parents and have mercy on them May we meet in jannah. Ameen