Description: How one is to benefit from the Names of Allah. 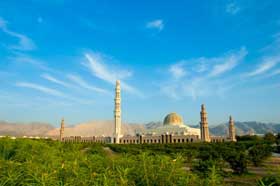 God (Allah) has many names, and all of them indicate His Greatness, His Perfection and His Majesty.  Prophet Muhammad said “God has ninety-nine names, one hundred less one; whoever learns them will enter Paradise.”[1]  Learning involves not only memorisation but also appreciating their meanings and calling God with them.

Learning and thus knowing God’s names leads mankind to understand that he was created to worship God Alone and to live according to God’s commandments.  This knowledge allows mankind to put into action his understanding of God and inspires him to live a life of righteousness.  Understanding the meanings of God’s names liberates mankind from worshipping any part of the Creation.

Prophet Muhammad emphasised the importance of calling on God by His Most Beautiful names.  In his own supplications to God, he is known to have said, “Oh God, I ask you of you by every name that You have named yourself, or that You have revealed in Your book, or that You have taught any of Your creation, or that You have kept hidden in the unseen knowledge with Yourself.”[2]  We are encouraged to call upon God by the name that is specific to the kind of care and help we need.[3]

The name Rubb (Lord, Cherisher) is repeated in many verses of the Quran.  The Rubb guides and cares for all of the believers; He manages their affairs and bestows blessings as He wills.  In the English language, there is no real equivalent for the word Rubb.  It is often translated as Lord, but this word does not do justice to the breadth and depth of meaning found in the Arabic word Rubb.  It means the One the Only Lord of the entire universe, its Creator, Sustainer, Cherisher and Giver of security.

The names Al-Hakeem (The Wise) and Al-Hakam (The Judge) indicate God is the source of all wisdom, in His creation and in His commands, and He is the Judge of all things.  He is the One Who created everything, and therefore He alone knows the true wisdom in it's creation.  He judges between mankind by His Law, His decree and His reward or punishment.  He judges with fairness and does not oppress anyone the slightest.  No person is made to bear the sin of another.  God is just in all His decisions.

“God will judge between you on the Day of Resurrection about that wherein you used to differ.” (Quran 22:69)

God’s name Al-Quddoos (The Holy) indicates the One Who is Blessed and Pure.  The angels sanctify Him, and He is praised for His virtues and goodness.  God is The Holy because He is far above having any opposites, rivals, partner or son.  He is perfect, having no faults or shortcomings.  He is far above anything being near Him or like Him in any aspect:

Amongst God’s names are Al-Mu’ti (The Giver) and Al-Maani’ (The Withholder).  None can withhold what He gives, and none can give what He withholds.  He is the One Who gives to whomever He wills and withholds from whomever He wills.

Prophet Muhammad said to one of his young companions:

God is Al-Shaakir (The Grateful) and Al-Shakoor (The Appreciative).  He is the One Who appreciates even the smallest deed, and He forgives the greatest mistakes.  He increases good deeds and appreciates those who give Him thanks.  God remembers those who remember Him.

“And they will say: ‘All the praises and thanks be to Allah, Who has removed from us (all) grief.  Verily, our Lord is indeed Oft­ Forgiving, Most Ready to appreciate (good deeds and to recompense).’” (Quran 35:34)

From the sayings of Prophet Muhammad, we learn:

God is the One who guides mankind to the way that will benefit them and He protects them.  God is Al-Haadi (The Guide).  He is the only source of guidance and the One from whom all Protection emanates.  God’s guidance causes hearts to fill with piety and righteousness.  He is the guiding light in the darkness.

These are just a few of the Names of God that can be found in the Quran and in the authentic sayings of Prophet Muhammad.  You will find many of these Names and attributes at the end of verses in the Quran.  When we reach out to God, He reaches out to us.  When we call on Him, He listens and responds.  When speaking about God – Allah, the Most Gracious, the Most Merciful, Prophet Muhammad said that Allah calls out to His creation in the final third of the night, saying:

Previous: The Names of God (part 2 of 3): The Most Merciful