The Story of Jesus in Brief

Description: Mention of Jesus son of Mary from the Quran and the sayings of Prophet Muhammad. 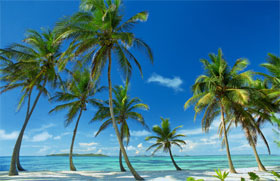 In relating the story of Jesus, the Quran describes how Mary, the mother of Jesus, was approached by an angel from God, bringing her tidings she had never imagined: that she will give birth to a son, a Messiah, who will be of the righteous and will be a prophet of God, calling the Children of Israel (the Israelites) to the straight path of God.

“(And mention) when the angels said, ‘O Mary, indeed God gives you good tidings of a word  from Him, whose name will be the Messiah, Jesus, the son of Mary – distinguished in this world and the Hereafter and among those brought near (to God).  He will speak to the people in the cradle and in maturity and will be of the righteous.” (Quran 3:45-46)

Naturally, for Mary, this news was both strange and seemingly impossible.

The very nature of Jesus is so special, that God compares the uniqueness of His creation to that of the first man and prophet, Adam.

Jesus and His Miracles

Jesus became one of the greatest prophets of God, and was sent to the Children of Israel in order to confirm the teachings of his predecessor, the Prophet Moses.  His birth was a miracle, and, like all prophets of God, he was granted several miracles.  He approached his people, telling them:

The Quran continues the story of Jesus by relating several incidents of his life and his disciples.

“But when Jesus felt (persistence in) disbelief from them, he said, ‘Who are my supporters for (the cause of) God?’  The disciples said,” We are supporters for God.  We have believed in God and testify that we are Muslims (submitting to Him.)  Our Lord, we have believed in what You revealed and have followed the messenger (i.e., Jesus), so register us among the witnesses (to truth).” (Quran 3:52-53)

In another incident, after which an entire surah (chapter) of the Quran is named, the disciples of Jesus asked him for another miracle.

God sent them the table they had asked for, but not without a warning.

“God said, ‘Indeed, I will sent it down to you, but whoever disbelieves afterwards from among you – then indeed will I punish him with a punishment by which I have not punished anyone among the worlds.’” (Quran 5:115)

The End of the Story?

The story of Jesus never really ends in the Quran, as we are told that Jesus was not killed, but that rather, God raised His beloved prophet up to Him.

“(Mention) when God said, ‘O Jesus, indeed I will take you and raise you to Myself and purify (i.e., free) you from those who disbelieve and make those who follow you (in submission to God alone) superior to those who disbelieve until the Day of Resurrection.  Then to Me is your return, and I will judge between you concerning that in which you used to differ.  And as for those who disbelieved, I will punish them with a severe punishment in this world and the Hereafter, and they will have no helpers.’  But as for those who believed and did righteous deeds, He will give them in full their rewards, and God does not like the wrongdoers.” (Quran 3:55-57)

The Quran also points out that Jesus was neither killed nor crucified.  Speaking of the Children of Israel, God faults their accusations against Mary as well as their claim that they killed Jesus.

“And (We cursed them) for their disbelief and their saying against Mary a great slander.  And (for) their saying, ‘Indeed, we have killed the Messiah, Jesus, the son of Mary, the messenger of God.’  And they did not kill him, nor did they crucify him; but (another) was made to resemble him to them.  And indeed, those who differ over it are in doubt about it.  They have no knowledge of it except the following of assumption.  And they did not kill him, for certain.  Rather, God raised him to Himself.  And ever is God Exalted in Might and Wise.” (Quran 4:156-158)

“By the One in Whose hand is my self, definitely the son of Maryam will soon descend among you as a just judge, and he will break the cross, kill the pig, and abolish the jizyah (tribute), and wealth will be so abundant that no one will accept it, until a single prostration will be better than the world and everything in it.” (Saheeh Al-Bukhari)

There is no any other religion that pass ISLAM, islam taught us everything on this earth. Alhamdullilah Robil Al' ameen.

eye openning message to the ignorant thank you