Moral System of Islam (part 1 of 2): The Standard of Morality

Description: The basis upon which the concept of morality is built in Islam. 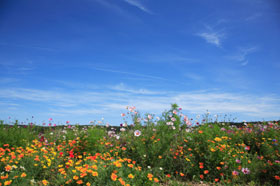 Islam has laid down some universal fundamental rights for humanity as a whole, which are to be observed and respected under all circumstances.  To achieve these rights, Islam provides not only legal safeguards, but also a very effective moral system.  Thus, whatever leads to the welfare of the individual or the society is morally good in Islam and whatever is injurious is morally bad.  Islam attaches so much importance to the love of God and love of man that it warns against too much formalism.  We read in the Quran:

“It is not righteousness that you turn your faces towards the East or West; but it is righteousness to believe in God and the Last Day and the Angels, and the Book, and the Messengers; to spend of your substance, out of love for Him, for your kin, for orphans, for the needy, for the wayfarer, for those who ask, and for the freeing of captives; to be steadfast in prayers, and practice regular charity; to fulfill the contracts which you made; and to be firm and patient in pain and adversity and throughout all periods of panic.  Such are the people of truth, the God-conscious.” (Quran 2:177)

We are given a beautiful description of the righteous and God-conscious man in these verses.  He should obey salutary regulations, but he should fix his gaze on the love of God and the love of his fellow-men.

We are given four directions:

a)    Our faith should be true and sincere,

b)    We must be prepared to show it in deeds of charity to our fellow-men,

c)    We must be good citizens, supporting social organizations, and

d)    Our own individual soul must be firm and unshaken in all circumstances.

This is the standard by which a particular mode of conduct is judged and classified as good or bad.  This standard of judgment provides the nucleus around which the whole moral conduct should revolve.  Before laying down any moral injunctions, Islam seeks to firmly implant in man’s heart the conviction that his dealings are with God, who sees him at all times and in all places; that he may hide himself form the whole world, but not from Him; that he may deceive everyone but cannot deceive God; that he can flee from the clutches of anyone else, but not from God’s.

Thus, by setting God’s pleasure as the objective of man’s life, Islam has furnished the highest possible standard of morality.  This is bound to provide limitless avenues for the moral evolution of humanity.  By making Divine revelation as the primary source of knowledge, it gives permanence and stability to the moral standards which afford reasonable scope for genuine adjustments, adaptations and innovations though not for perversions, wild variation, atomistic relativism or moral fluidity.  It provides a sanction to morality in the love and fear of God, which will impel man to obey the moral law even without any external pressure.  Through belief in God and the Day of Judgment, it furnishes a force which enables a person to adopt the moral conduct with earnestness and sincerity, with all the devotion of heart and soul.

It does not, through a false sense of originality and innovation, provide any novel moral virtues, nor does it seek to minimize the importance of well-known moral norms, nor does it give exaggerated importance to some and neglect others without cause.  It takes up all the commonly known moral virtues and with a sense of balance and proportion it assigns a suitable place and function to each one of them in the total scheme of life.  It widens the scope of man’s individual and collective life – his domestic associations, his civic conduct, and his activities in the political, economic, legal, educational, and social realms.  It covers his life from home to society, from the dining-table to the battlefield and peace conferences, literally from the cradle to the grave.  In short, no sphere of life is exempt from the universal and comprehensive application of the moral principles of Islam.  It makes morality reign supreme and ensures that the affairs of life, instead of dominated by selfish desires and petty interests, should be regulated by norms of morality.

It stipulates for man a system of life that is based on all good and is free from all evil.  It encourages people not only to practice virtue, but also to establish virtue and eradicate vice, to bid good and to forbid wrong.  It wants that their verdict of conscience should prevail, and virtue must be subdued to play second fiddle to evil.  Those who respond to this call are gathered together into a community and given the name Muslim.  And the singular object underlying the formation of this community (Ummah) is that it should make an organized effort to establish and enforce goodness and suppress and eradicate evil.

Here we furnish some basic moral teachings of Islam for various aspects of a Muslim’s life.  They cover the broad spectrum of personal moral conduct of a Muslim as well as his social responsibilities.

Next: Moral System of Islam (part 2 of 2): Moral Exhortations