Description: 7 reasons for why we must worship God and dedicate all acts of worship to Him alone.   Part 6: Reason 7 (Obeying God is the most rational thing to do) and how worshipping God alone is truly liberating.

# 7 Obeying God is the most rational thing to do 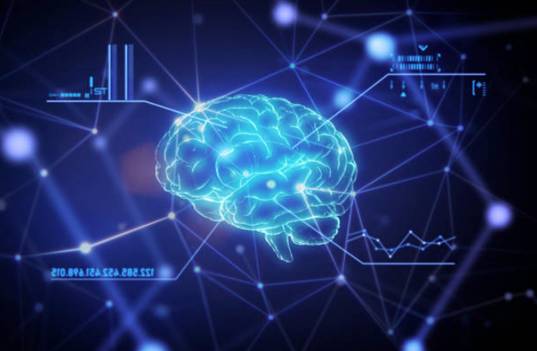 When I travel by plane, I usually hear the pilot announce—via the inflight audio system—to fasten our seat belts due to oncoming turbulence.  My typical response involves sitting down, fastening my belt and hoping (and praying) for the best.  The reason I obey the pilot’s command is that I understand he is the authority concerning the plane, how it works and the effects of turbulence.  My obedience is a result of using my rational faculties.  Only an arrogant person would disobey a valid authority.  Would any of us take seriously a seven-year-old telling us that our maths professor does not know how to teach calculus?

In a similar light, disobeying God is foolish and unfounded.  Obeying God, even if we do not know the full wisdom behind some of His commands, is the most rational thing to do.  God’s commands are based on His boundless knowledge and wisdom.  He is the ultimate authority.  To deny this authority is like a two-year-old child scribbling on a piece of paper and claiming that he is more eloquent than Shakespeare.  (Actually, it is worse.)

This does not mean that we suspend our minds when obeying God.  We are told by God Himself to use our reason.  However, once we have established what God has said, then that should result in obedience.

Obeying God entails that one should fear Him.  A believer should fear God if he wants to be in a state of servitude and obedience.  This fear, however, is not the type of fear that is associated with being scared of an enemy or an evil force.  God wants good for us.  Rather, this fear is associated with skin-shivering awe, loss, love and unhappiness.  We fear God from the perspective of fearing losing His love and good pleasure.[2] (To explore more about this concept of fear please read here.)

The reasons I have provided above may raise some questions.  These include: Does God need our worship? Why did He create us to worship Him? These questions have already been addressed here.  To summarise, God is independent and everything depends on Him.  He does not need anything.  Worshipping God is for us, not for Him.  Also, God creating us to worship Him was inevitable.  His perfect names and attributes were going to manifest themselves.  An artist inevitably produces art work because he has the attribute of being artistic.  By greater reason, God would inevitably create us to worship Him because He is the One worthy of worship.  This inevitability is not based on need but rather a manifestation of God’s names and attributes.

A Note on the Essence of Worship

In the Islamic tradition, a key act of worship is supplication (known as dua in Islamic theology).  The Prophet Muhammad, may God’s peace and blessings be upon him, taught that supplication is "the essence of worship"[3].  Supplications are to God alone, because only He can help us when we ask for help for something that we need or want.  Supplicating to anything other than God is an act of polytheism, because the person is asking for something from an entity that does not have the ability to provide or fulfil that request.  For example, if someone were to ask a stone idol to grant them twin girls, it would be an act of polytheism because they are supplicating to an entity that has no power to fulfil that request.  This does not mean, however, that asking someone who has the ability to assist you for help is polytheism.  It would only be polytheism if one were to believe that God was not the ultimate creator of their ability to help you.  Supplicating to God is part of making our worship pure, and the way we supplicate to Him should be with humility.  God says: "Invoke your Lord with humility" (Quran 7:55) and "So invoke God making your worship pure for Him." (Quran 40:1)

From an existential perspective, worshipping God is true liberation.  If worship entails loving and obeying God the most, then in reality many of us also have other gods in our lives.  Many of us want to love and obey our own egos and desires the most.  We think we are always right, we never want to be wrong, and we always want to impose ourselves on others.  From this perspective, we are enslaved to ourselves.  The Quran points out such a debased spiritual state and describes the one who considers his desires, passions and whims as his god, to be worse than an animal: "Think of the man who has taken his own passion as a god: are you to be his guardian? Do you think that most of them hear or understand? They are just like cattle—no, they are further from the path." (Quran 25:43 & 44)

From self-worship, sometimes we move to worship various forms of social pressures, ideas, norms and cultures.  They become our point of reference, we start to love them, want to know more about them, and are led to ‘obey’ them.  Examples abound; take, for instance, materialism.  We have become preoccupied with money and material belongings.  Obviously, to want money and possessions is not necessarily a bad thing, but we have allowed our pursuit to define who we are.  Our time and efforts are devoted to the accumulation of wealth, making the false notion of material success the primary focus in our lives.  From this perspective, material things start to control us, and lead us to serve the culture of avid materialism rather than serving God.  I appreciate that this does not apply to everyone, but this form of excessive materialism is very common.

Essentially, if we are not worshipping God, we are still worshipping something else.  This can be our own egos and desires, or ephemeral things like material possessions.  In the Islamic tradition, worshipping God defines who we are, as it is part of our nature.  If we forget God, and start to worship things that are not worthy of worship, we will slowly forget our own selves: "And be not like those who forgot God, so He made them forget themselves." (Quran 59:19)

Our understanding of who we are is dependent on our relationship with God, which is shaped by our servitude and worship.  In this sense, when we worship God we are freed from submission to other ‘gods’, whether ourselves or things that we own or desire.

The Quran presents us with a profound analogy: "God puts forward this illustration: can a man who has for his masters several partners at odds with each other be considered equal to a man devoted wholly to one master? All praise belongs to God, though most of them do not know." (Quran 39:29)

God is essentially telling us that if we do not worship God, we end up worshipping something else.  These things enslave us and they become our masters.  The Quranic analogy is teaching us that without God, we have many ‘masters’ and they all want something from us.  They are all ‘at odds with each other’, and we end up in a state of misery, confusion and unhappiness.  However, God, who knows everything, including our own selves, and who has more mercy than anyone else, is telling us that He is our master, and that only by worshipping Him alone will we truly free ourselves from the shackles of the things we have taken as replacements for Him.

To conclude this essay, lovingly worshipping God and peacefully submitting to Him frees you from the degraded worship of the ephemeral world and the lustful submission to the carnal and egotistical realities of the human condition.  The following lines of poetry by the Poet of the East, Muhammad Iqbal, eloquently summarises this point:

"This one prostration which you deem too exacting liberates you from a thousand prostrations."[4]

Last updated 23 June 2019.  Adapted from my book "The Divine Reality: God, Islam & The Mirage of Atheism".  You can purchase the book here.

[1] Obedience to the Prophet Muhammad, may God’s peace and blessings be upon him, as a result of obeying God, as He commands us to do so

Previous: 7 Reasons Why God is Worthy of Worship (part 5 of 6)