Is God Merciful? Islam’s Response to Evil & Suffering (Part 1 of 5)

Description: The problem of evil has troubled humankind since time immemorial.  This article gives the Islamic perspective on it in a simple and logical way.  Part 1: God is more than just The-Merciful and All-Powerful. 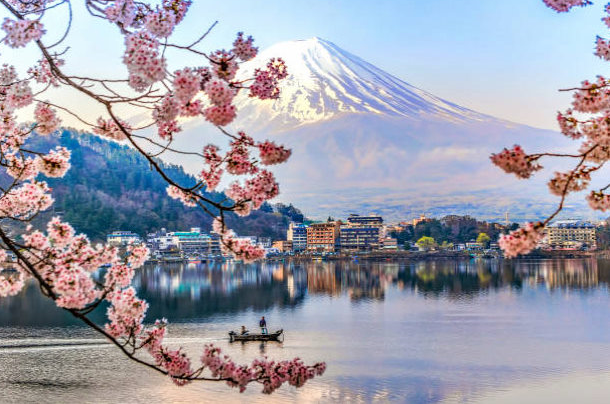 When I was a child, my parents would always chide me for trying to drink my grandfather’s whisky.  You can imagine, an active and inquisitive young child observing his grandfather sip this thick, gold, smooth liquid.  I wanted some! However, every time I attempted to secretly drink the enticing beverage, I would get into big trouble.  I never understood why, thus negative thoughts about my parents would race through my mind.  Fast-forward many years: I now realise why they didn’t allow me to drink my grandfather’s whisky, it could have poisoned me.  A 40 percent volume alcoholic drink would not have been pleasant on my young stomach or liver.  However, when I was younger, I did not have access to the wisdom that formed the basis of my parents’ decision, yet I thought I was justified in my negativity towards them.

This sums up the atheist attitude towards God when trying to understand evil and suffering in the world (note: this doesn’t apply to all atheists).  The above story is not intended to belittle the suffering and pain that people experience.  As human beings we must feel empathy and find ways of alleviating people’s hardships.  However, the example is meant to raise a conceptual point.  Due to a valid and genuine concern for human and other sentient beings, many atheists argue that the existence of a powerful and merciful[1] God is incompatible with the existence of evil and suffering in the world.  If He is The-Merciful, He should want the evil and suffering to stop, and if He is All-Powerful, He should be able to stop it.  However, since there is evil and suffering, it means that either He is not powerful, or He lacks mercy, or both.

The evil and suffering argument is a very weak one because it is based on two major false assumptions.  The first concerns the nature of God.  It implies that God is only The-Merciful and All-Powerful, thereby isolating two attributes and ignoring others that the Qur’an has revealed about God.  The second assumption is that God has provided us with no reasons for why He has allowed evil and suffering to exist.[2]  This is not true.  Islamic revelation provides us with many reasons for why God has allowed evil and suffering to exist.  Both assumptions will be addressed below.

Is God only The-Merciful and All-Powerful?

According to the Qur’an, God is Al-Qadeer, meaning the All-Powerful, and Ar-Rahmaan, meaning The-Merciful, which also implies compassion.  Islam requires that mankind know and believe in a God of power, mercy and goodness.  However, the atheist grossly misrepresents the comprehensive Islamic conception of God.  God is not only The-Merciful and All-Powerful; rather, He has many names and attributes.  These are understood holistically via God’s oneness.  For instance, one of His names is Al-Hakeem, meaning the The-Wise.  Since the very nature of God is wisdom, it follows that whatever He wills is in line with Divine wisdom.  When something is explained by an underlying wisdom, it implies a reason for its occurrence.  In this light, the atheist reduces God to two attributes and by doing so builds a straw man, thereby engaging in an irrelevant monologue.

The writer Alom Shaha, who wrote The Young Atheist’s Handbook, responds to the assertion that Divine wisdom is an explanation for evil and suffering by describing it as an intellectual cop-out:

"The problem of evil genuinely stumps most ordinary believers.  In my experience, they usually respond with an answer along the lines of, ‘God moves in mysterious ways.’ Sometimes they’ll say, ‘Suffering is God’s way of testing us,’ to which the obvious response is, ‘Why does he have to test us in such evil ways’ To which the response is, ‘God moves in mysterious ways.’ You get the idea."[3]

Alom, like many other atheists, commits the fallacy of argumentum ad ignoratium, arguing from ignorance.  Just because he cannot access Divine wisdom does not mean it does not exist.  This reasoning is typical of toddlers.  Many children are scolded by their parents for something they want to do, such as eating too many sweets.  The toddlers usually cry or have a tantrum because they think how bad mummy and daddy are, but the child does not realise the wisdom underlying their objection (in this case, too many sweets are bad for their teeth).  Furthermore, this contention misunderstands the definition and nature of God.  Since God is transcendent, knowing and wise, then it logically follows that limited human beings cannot fully comprehend the Divine will.  To even suggest that we can appreciate the totality of God’s wisdom would mean that we are like God, which denies the fact of His transcendence, or implies that God is limited like a human.  This argument has no traction with any believer, because no Muslim believes in a created, limited God.  It is not an intellectual cop-out to refer to Divine wisdom, because it is not referring to some mysterious unknown.  Rather, it truly understands the nature of God and makes the necessary logical conclusions.  As I have pointed out before, God has the picture, and we have just a pixel.

Although I empathise with their concern and anguish at the suffering inflicted on fellow sentient beings, some atheists suffer from a veiled type of egocentrism.  This means they make special effort not to see the world from any perspective other than through their own eyes.  However, in doing so, they commit a type of emotional—or spiritual—fallacy.  They anthropomorphise God and turn Him into a limited man.  They assume that God must see things the way we see things, and therefore He should stop the evil.  If He allows it to continue, He must be questioned and rejected.

The problem of evil and suffering argument exposes a cognitive bias known as egocentrism.  Such a person cannot see any perspective on a particular issue apart from their own.  Some atheists suffer from this cognitive bias.  They assume that since they cannot possibly fathom any good reasons to justify the evil and suffering in the world, everyone else—including God—must also have the same problem.  Thus they deny God, because they assume that God cannot be justified for permitting the evil and suffering in the world.  If God has no justification, then the mercy and power of God are illusions.  Thus, the traditional concept of God is nullified.  However, all atheists have done is superimposed their perspective on God.  This is like arguing that God must think how a human thinks.  This is impossible because human beings and God cannot be compared, as God is transcendent and has the totality of wisdom and knowledge.

[1] The problem of evil and suffering argument has been expressed in a number of different ways.  Some of the arguments use the words good, merciful, loving or kind interchangeably.  Despite the varying use of words, the argument remains the same.  Instead of using the word good, terms like merciful, loving, kind, etc., can also be used.  The problem of evil assumes that the traditional concept of God must include an attribute that would imply God does not want evil and suffering to exist.  Hence, using alternative words like merciful, loving and kind do not affect the argument.

Next: Is God Merciful? Islam’s Response to Evil & Suffering (Part 2 of 5)