Life Without God: The Implications of Atheism (part 1 of 5)

Description: No God equals no ultimate hope, value and purpose, and consequently no eternal and meaningful happiness.  Part 1: No ultimate hope. 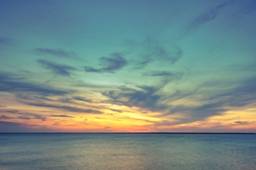 Atheism is not an intellectual position that exists in a bubble.  If its claims are true, then one would have to make some inevitable existential and logical conclusions that are very bleak.  Under atheism, life is ludicrous.  The following discussion may not provide a rational case for God, nor does it follow that God exists simply because life without God seems absurd.  However, it does provide the fertile ground in which the rational arguments in this book take root.

Most atheists are philosophical naturalists who hold that there is no supernatural and everything in the universe can be explained in reference to physical processes.  Atheism combined with philosophical naturalism is a recipe for existential disaster.  The formula is simple: no God, which includes the associated concepts of Divine accountability, equals no ultimate hope, value and purpose.  It also leads to no eternal and meaningful happiness.[1]  This conclusion is not an outdated religious cliché; it is a result of thinking rationally about the logical and existential implications of atheism.

Hope is defined as the feeling or expectation and desire for something to happen.  We all hope for good lives, good health and a good job.  Ultimately, we all hope for an immortal blissful existence.  Life is such an amazing gift that no one really wants his or her conscious existence to end.  Similarly, everyone desires that there will be some form of ultimate justice where wrongs are made right, and the relevant people will be held accountable.  Significantly, if our lives are miserable, or experience pain and suffering, we hope for some peace, pleasure and ease.  This is a reflection of the human spirit; we hope for light at the end of the dark tunnel, and if we have tranquillity and joy, we want to keep it that way.

Since atheism denies the Divine and the supernatural, it also rejects the concept of an afterlife.  Without that, there can be no hope of pleasure following a life of pain.  Therefore, the expectation for something positive to happen after our lives is lost.  Under atheism we cannot expect any light at the end of the dark tunnel of our existence.  Imagine you were born in the third world and spent your whole life in starvation and poverty.  According to the atheist worldview, you are merely destined for death.  Contrast this with the Islamic perspective: all instances of suffering that happen in our lives are for some greater good.  Therefore, in the larger scheme of things, no pain or suffering we undergo is meaningless.  God is aware of all our sufferings, and He will provide recompense.  According to atheism, however, our pains are as meaningless as our pleasure.  The immense sacrifices of the virtuous and the distress of the victim are falling dominoes in an indifferent world.  They occur for no greater good and no higher purpose.  There is no ultimate hope of an afterlife or any form of happiness.  Even if we lived a life of pleasure and immense luxuries, most of us would inevitably be doomed to some form of evil fate or an incessant desire for more pleasure.  The pessimist philosopher Arthur Schopenhauer aptly described the hopelessness and ill fate that awaits us:

"We are like lambs in a field, disporting themselves under the eye of the butcher, who chooses out first one and then another for his prey.  So it is that in our good days we are all unconscious of the evil fate may have presently in store for us—sickness, poverty, mutilation, loss of sight or reason… No little part of the torment of existence lies in this, that Time is continually pressing upon us, never letting us take breath, but always coming after us, like a taskmaster with a whip.  If at any moment Time stays his hand, it is only when we are delivered over to the misery of boredom… In fact, the conviction that the world and man is something that had better not have been, is of a kind to fill us with indulgence towards one another.  Nay, from this point of view, we might well consider the proper form of address to be, not Monsieur, Sir, mein Herr, but my fellow-sufferer, Socî malorum, compagnon de miseres!"[2]

The Qur’an alludes to this hopelessness.  It argues that a believer cannot despair; there will always be hope, and hope is connected to God’s mercy, and God’s mercy will manifest itself in this life and the hereafter:

"Certainly no one despairs of God’s Mercy, except the people who disbelieve." (Quran 12:87)

Under atheism, ultimate justice is an unachievable goal—a mirage in the desert of life.  Since there is no afterlife, any expectation of people being held to account is futile.  Consider Nazi Germany in the 1940s.  An innocent Jewish lady who just saw her husband and children murdered in front of her has no hope for justice when she is waiting for her turn to be cast into the gas chamber.  Although the Nazis were eventually defeated, this justice occurred after her death.  Under atheism she is now nothing, just another rearrangement of matter, and you cannot give reprieve to something that is lifeless.  Islam, however, gives everyone hope for pure Divine, ultimate justice.  No one will be treated unfairly and everyone shall be taken to account:

"God created the heavens and the Earth for a true purpose: to reward each soul according to its deeds.  They will not be wronged." (Quran 45:22)

Life, from the perspective of philosophical naturalism, is like a mother giving her child a toy and then taking it back for no reason.  Life, without a doubt, is a wonderful gift.  Yet any pleasure, joy and love we have experienced will be taken away from us and lost forever.  Since the atheist denies the Divine and the hereafter, it means that the pleasures we have experienced in life will disappear.  There is no hope of a continuation of happiness, pleasure, love and joy.  However, under Islam, these positive experiences are enhanced and continued after our worldly life:

"They will have therein whatever they desire and We have more than that for them." (Quran 50:35)

[1] Some of ideas in this chapter have been inspired by and adapted from Craig, W.L.  The absurdity of life without god.  Available at: http://www.reasonablefaith.org/the-absurdity-of-life-without-god [Accessed 23rd November 2016].

[2] Schopenhauer, A.  (2014).  Studies in Pessimism: On the Sufferings of the World.  [ebook] The University of Adelaide Library.  Chapter 1.  Available at: https://ebooks.adelaide.edu.au/s/schopenhauer/arthur/pessimism/chapter1.html [Accessed 2nd October 2016].

Next: Life Without God: The Implications of Atheism (Part 2 of 5)