Islamophobia and the Media

Description: How the changing face of the media has contributed to the rise of Islamophobia. 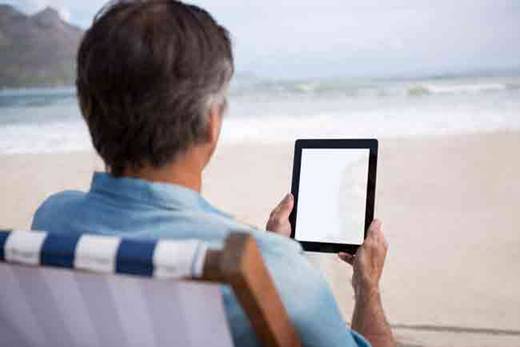 In September 2001 the world changed forever.  On the 11th day of that month, a series of four coordinated attacks were carried out in the USA.  The perpetrators were revealed to be a group of people claiming to be Muslim and subsequently the War on Terror was initiated.  The media played a huge part in the world’s response to these attacks.  Lies were spread, political agendas were pushed, little pieces of truth surfaced every now and then, and the world’s governments learned how to manipulate the media, and thus the people.

The media were not pawns in a political spin attack for long, and they learned a new skill—how to create the news rather than only reporting on it.  However, any discussion of Islamophobia and the media needs to acknowledge that Islamophobia began a very long time ago in the age of empires.  This old discourse has been combined with the new way of delivering the news and sparked a deeply entrenched Islamophobia that takes stereotypes and assumptions, and serves them up on a platter of misinformation.

In 1980 the first twenty-four-hour news channel, CNN (Cable News Network), heralded a new era of news broadcasting and then set the bar high with their breathtaking and transformative coverage of the first air strikes in the 1991 Gulf War.  The twenty-four-hour news cycle was established, and a revolution in the media industry took place.  Our patterns of behavior in regards to the news began to change.  News networks now compete for viewers, and make no mistake about it, viewers and advertising sponsors, are needed to keep the wheels of the network news machine turning.

In this modern world, if we believe that the news cycle is restrained by the size of the event, we can be sure that the size of the story is limited only by the news producer’s imagination.  Nowadays the essence of the news means that we go to bed and the sky is falling, but miraculously we wake up and it has not fallen as yet.  Nearly twenty years ago authors Bill Kovach and Tom Rosenstiel in their book, Warp Speed: America in the Age of Mixed Media, suggested that "the press has moved toward sensationalism, entertainment, and opinion" and away from traditional values of verification, proportion, relevance, depth, and quality of interpretation.[1]

There is one specific group of people that have been caught in the media web; Muslims.  Media Smarts, Canada’s center for media and digital literacy, describes the way Islam was thrust into the global media frontline.  "The American-led ‘War on Terrorism’ led to an increase in Islamophobia (fear or hatred of Islam) across the globe.  This increase in Islamophobia was in turn reflected in the way media outlets addressed and stereotyped Muslim populations."[2]

The convergence of twenty-four-hour news and the continued heightened security alerts across the globe has consistently portrayed Muslims as violence-prone people who are entirely opposed to Western values.  It is, and always has been, the nature of the media to report on the sensational and dramatic occurrences, however, any mention of Islam or Muslims is predominantly negative.  Islamophobia is an example of how the twenty-first century media has abandoned the core values of journalism, and strive for little more than sensationalized stories that, more often than not, associate Islam with criminality and danger to ‘our peaceful way of life.’

In 2016 the University of Cambridge released a report that shows that mainstream media reporting about Muslim communities contributes significantly to rising hostility toward Muslims in Britain.[3]  This substantiates the findings of an Islamophobia Roundtable in Stockholm in 2014, when Erik Ullenhag, the Minister for Integration, said that since the terrorist attacks in New York, Muslims have been seen as one group not many groups or individuals.  "All people of Muslim background", he said, "are considered to share the same culture and the same views.  And far too often they are portrayed in a negative context."[4]

Nowadays the media, in all its forms and with all its tentacles, has the ability to easily construct a negative image of Islam and Muslims.  Creating news and opining instead of reporting has given people the ability to choose the channel that agrees with their views.  Thus whole populations are no longer exposed to other viewpoints.  There is nothing that encourages them to understand and empathize with the situations and lifestyles of diverse cultures, or even with their neighbors who have opinions that are different to the ones they hold dear.

When you add social media to the already volatile mix, we find that Muslims endure daily racial slurs, degrading photos, intimidations, and harassment campaigns.  The structure of social media and each platform’s reliance on algorithms means that those with extremist views are able to connect to each other with ease.  It also means that deceptions about Muslims often live on even after being exposed.

Unfortunately, politicians also use social media to bolster their followings and increase their numbers at the ballot box.  In 2016, a conservative commentator‘s popular Facebook page shared a meme stating that Trump’s former defense secretary, James Mattis, was chosen for the job in order to ‘exterminate’ Muslims.[5]  One United States political party was found to have routinely spread anti-Muslim sentiments to their constituents who often belong to extremist communities.  Even after the horrific attack on New Zealand’s Muslim community, whilst they were praying, a certain social media company failed to close and remove groups with names like ‘War against Islam’ and ‘Bikers Against Radical Islam Europe.’[6]

In an article, "Challenging Islamophobia no threat to free speech,"[7]  Dr.  Neil Curtis, Associate Professor of Media and Communication at the University of Auckland suggests that there are several ways to uncouple Islamophobia from our limited understanding of Islam:

1.     To recognize that Islamophobia is not a new discourse.

2.     To understand that Islam is a religion of more than 1.8 billion people, from widely diverse cultures, and consequently they cannot be lumped into one homogenous package.

3.     We must stop saying or thinking that everyone in this package (that doesn’t exist) is violent or threatening.

4.     We must start to separate vigilance in regard to terror from Islamophobia.  Here Dr.  Curtis mentions that the media refers to Muslim migration with terms like, pests, plagues, and deluge.  This must stop.

5.     Dr.  Curtis says that non-Muslims must not accept "the Western-centric view that we are the primary targets or victims of Islamist terror." Because by far the greatest numbers of deaths from Islamist terror occur in Muslim communities.

In conclusion, people across the globe must learn to look at their media in a different light.  We must learn how to separate the truth from the fiction, and the facts from opinions.  We need to choose our news outlets wisely and try to watch or read from across a wide array of viewpoints and understandings.

[5] Anti-Muslim Hate Speech Is Absolutely Relentless On Social Media Even As Platforms Crack Down On Other Extremist Groups.  https://www.buzzfeednews.com/article/janelytvynenko/islamophobia-absolutely-relentless-social-media