Chapter 77, Al-Mursalat (The Winds Sent Forth)

Description: A powerful chapter constructed with powerful images and sharp comments.  It is a glimpse into the life to come and a potent warning for those who are obstinate in their refusal to accept the truth. 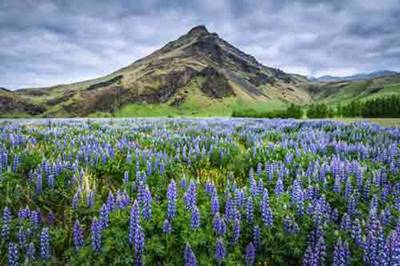 This chapter sits in the middle of five chapters, all thought to have been revealed in Mecca, in the earliest days of revelation.  It is a fifty-verse chapter that takes its name from the first words of the first verse, ‘By the winds sent forth.’ It strings together a series of images from this life and from the Hereafter and punctuates them with a sharp admonition, ‘Woe on that Day to those who deny the truth.’ This rebuke is repeated ten times.  The Winds Sent Forth describes events that will precede the Judgment.

The chapter begins with God taking an oath by forces that have an effect on earth and on our daily lives.  By the winds sent forth, one after the other; by the storms and hurricanes and the winds that lift and scatter the clouds to far-off distant places.  They deliver a warning and a reminder; what you are promised will definitely happen.  This refers to the Resurrection and the Judgment.  The All-Wise and All-Mighty who made this system and controls it is fully capable of destroying it and resurrecting us from the dead.

We are then jolted by a description of that momentous Day.  The stars will be dimmed, the sky will be torn apart, and the mountains turned to dust.  These descriptions suggest that the universe we think we understand will break down and there will be countless small collapses.  And on that Day the Messengers will give testimony for their communities.

God asks us if we know when this is all going to happen and answers His own question by saying that it will happen on the Day of Decision (Judgment).  He also asks what would make us realize just what the Day of Decision is?  And on that Day, woe to the disbelievers who deny the truth.

God asks us to think, by saying, ‘Did We not destroy the former generations for their evil deeds?’ The same thing will happen to the last of the generations; they will follow the first and be destroyed because of their evil behavior.  This is how God deals with the guilty.  And on that Day, woe to the disbelievers who deny the truth.

God asks us to ponder the fact that He created us from an underrated fluid and let us rest in a secure place while we developed (in the womb) for a period of time that He alone determined.  God has the power to shape and develop us into a perfect and complete person from an insignificant sperm-drop; how shall He be helpless to re-create us on that Day?  God made the earth a home for both the living and the dead.  He placed firm mountains upon it and provided fresh, sweet, water to drink.  Woe to whoever reflects upon these created things which demonstrate the greatness of their Creator, then after that continues to reject Him.

The chapter now thrusts images of the Day of Judgment upon us.  Those who denied the truth will be told to walk towards the Hell they denied.  God does not actually mention the word Hell because it will be plain to see; three tall pillars of smoke rising out of the pit of Hell.  God tells them to walk towards their shadow but warns that it provides no shade of coolness or protection from the flames.  It is suffocating and it is burning.  It shoots out sparks as big as huge castles.  This is the punishment for the deniers of truth.  They will be totally speechless; their guilt and crime will be proved to the fullest, and they will not be able to offer any excuse after it.  There will be a deafening and ominous silence.

They will then be told that this is the Day of Decision (Judgment).  They are gathered with all the previous generations, and God will wryly suggest that if they have any plots to use against Him, this would be the time to use them.  And on that Day, woe to the disbelievers who deny the truth.

Verses 41 – 45 The righteous are honored

However, those who took heed of God’s words and were righteous, striving to please Him, will have no such experience.  For them will be cool shade, flowing springs, and any fruit they desire.  This shade will provide coolness and relief from the burning sun unlike what the disbelievers are experiencing as they make their way towards the columns of smoke.  The righteous however will know nothing of this and will be encouraged to eat and drink to their heart’s content.  This is their reward, and this is how God rewards those who strive to behave in a way that is pleasing to Him.

Verses 46 – 50 An opportunity for guidance

In the only image of this present life, given to us in this chapter, God addresses the disbelievers telling them that they can eat, and enjoy themselves, for a short while.  But a Day where there will be retribution.  And if the disbelievers do not believe in this Quran which has clear proofs then what else after this can convince them!?